Hockey Canada announced the 61-year-old has been cleared to travel and will rejoin the squad in Beijing following Thursday’s tournament opener against Germany.

Julien was originally tabbed to lead the Canadian contingent, but suffered broken ribs in a fall during training camp in Switzerland and wasn’t able to fly to China.

While you were sleeping – How Canada performed at the Beijing Olympics Wednesday, Thursday

Assistant coach Jeremy Colliton took the reins in Julien’s absence – Canada’s third bench boss for the Games after Jon Cooper of the Tampa Bay Lightning originally received the nod when the NHL committed to the 2022 Olympics.

But the league withdrew in December because of COVID-19 concerns, opening the door for Julien, who most recently coached in the NHL with the Montreal Canadiens before getting fired in February 2021. Colliton was relieved of his duties by the Chicago Blackhawks in November.

“Claude has remained in great spirits and has been supportive of our team since his injury, and we are excited that he has recovered quickly and will be able to rejoin us as we continue to work towards winning a gold medal for Canada,” general manager Shane Doan said in a release. “We appreciate the leadership of Jeremy Colliton and his willingness to take over behind the bench, and to selflessly welcome Claude back as head coach.

“Our entire coaching staff has stepped up in Claude’s absence, and we are thrilled that he is healthy and able to return to Team Canada.” 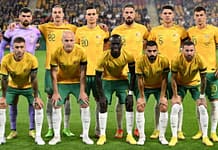