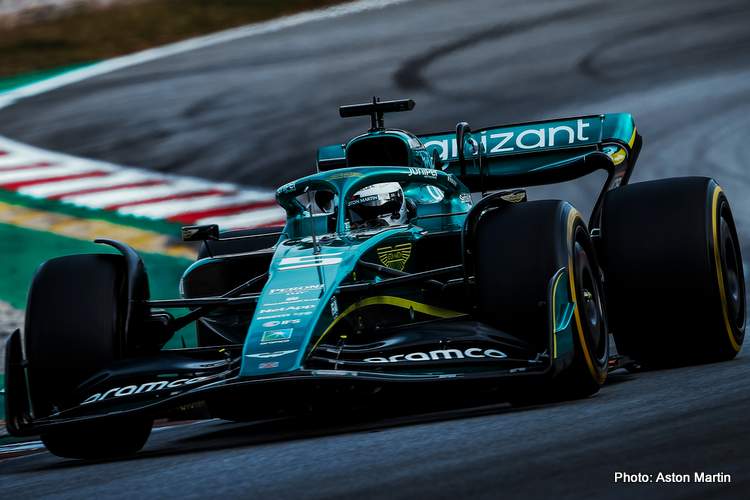 In their second year under the Aston Martin moniker, the British Formula 1 team are contemplating producing their power units inhouse in the future.

The team rose from the ashes of Force India back in 2019, after being bought by the Lawrence Stroll-lead consortium becoming Racing Point for 2019 and 2020 before their major rebranding into Aston Martin for 2021, and have been sourcing their power units from Mercedes, the benchmark of the Turbo Hybrid era.

As Racing Point, the team cloned the Title-winning 2019 Mercedes F1 car for the 2020 season, producing the RP20, that yielded fourth in the Constructors’ Standings that year.

Ever since the Stroll takeover, the team has been pushing ahead with major investments, aiming at making the the midfield team a Title contender over a five-year plan, 2022 being the second year of this plan.

The team’s Chief Technical Officer, Andre Green, claims that an F1 outfit with their ambitions are bound to discuss the option of building their own power units at some point.

“2026 is mooted as a new power unit regulation and I think, as a team, we’d love to be involved,” he added.

Aston Martin have signed a long term partnership with Saudi Arabian state-owned energy giant Aramco, back in January, with Aramco becoming a the team’s title sponsor from 2022 onwards.

Green commented: “We have Aramco now involved as a sponsor and I think conversations going forward in the next few years… we’ll see.

“For sure we’ll be looking at it in great detail and understanding whether there is a benefit to it in that direction,” the Aston Martin engineer concluded.

Aston Martin had a tough 2021 season, with their first car under their new name, the low-rake AMR21, an evolution of the Mercedes-inspired RP20 suffered with the floor regulations that year, the team unable to recover and finishing seventh in the Constructors’ Championship.

The team’s 2022 F1 car, the AMR22, has been built with the least influence from Mercedes, making it the first real test for the team’s technical ability, especially as they have been historically known for their ability to punch way over their weight.

Are you sitting comfortably?

Go behind the scenes and join Lance, Seb and the team in Barcelona with the latest instalment of INSIDER.