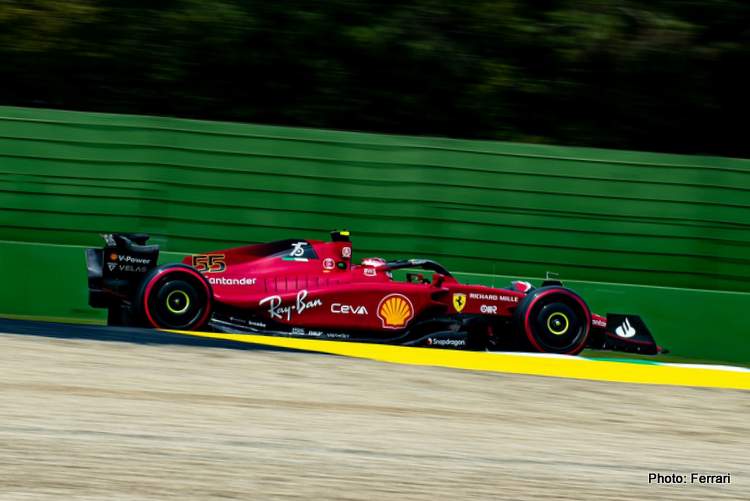 Mattia Binotto insisted Ferrari won’t have major updates for their car for the Miami Grand Prix, but will adapt the F1-75 for the circuit’s requirements.

It seems hat Ferrari are extremely confident in their F1-75, as the team is yet to introduce any major upgrades to their 2022 single seater, and they don’t plan to have any significant changes for the upcoming Miami Grand Prix as well, despite Red Bull beating them on their own turf – at Imola – in an upgraded RB18, that delivered the first 0ne-two for the energy drinks outfit since 2016.

“No, we won’t have a big evolution, but we will have some new parts on the car because Miami is a high-speed circuit and in terms of downforce it is quite different, as it requires less aerodynamic grip,” was Mattia Binotto’s response to a question on the subject as quoted by Mundo Deportivo.

“We will adapt our car in terms of the downforce level of the circuit and continue to work to prevent porpoising, which is still quite visible, certainly more so than Red Bull, and there is still potential performance there that we have to try to achieve.

“The evolutions will come soon after,” he revealed.

Previously, Binotto spoke to the media at the FIA’s press conference at Imola, and touched on the matter of the race in Miami, and explained his team’s approach, while insisting no major updates will be bolted to the F1-75, just track-specific modifications.

“Because Miami is a high-speed circuit compared to the ones we had so far, in terms of downforce, we will run something different compared to what we have,” he explained.

“Hopefully the level of downforce we bring to Miami, we are quite confident it’s quite an efficient one. But we know as well that Red Bull has got a good medium/low downforce package as well, and they will be competitive.

“It will be a completely new track and new challenge, quite interesting, and I am pretty curious to be there,” he reflected.

Asked about the differences between Red Bull and Ferrari with regards to their top speed, the Ferrari boss said: “If I look at Jeddah, certainly they were a lot faster.

“If I look at Bahrain, there, the DRS effect was certainly powerful, and the way they were catching us on the straight was significant.

“But then if I look at Australia, I think that they put on some downforce, and the speed was very similar between the two cars.

Top speed disparity between Red Bull and Ferrari is downforce-related

“If you look at the rear wings they’ve got, certainly they increased the level of downforce. And I think when running on similar wings, we are pretty close on the speed as well.

“So, I don’t think there is a big difference in there,” Binotto claimed. “We know that we can improve our wings in order to make them more efficient, but I’m not expecting it to be an issue for certain circuits.

“We as Ferrari, certainly will have new wings for medium-low downforce at the next races when necessary,” the 52-year-old went on. “And then it’s only a matter of compromise, and the compromise on what you believe is best in terms of not only qualifying lap time, but race pace, and tyre degradation.

“There have been races where I think our choice was the right one. Maybe in Jeddah, or just for, let me say, for a few laps, theirs turned out to be the right one.

“But that, I think, is great: the fact that we may have different solutions, different setups, choices, makes only the race more spectacular,” the Swiss-born Italian reflected.

We call them goldfish bowls. What are you calling our sidepods, #Tifosi? 🤔#essereFerrari 🔴 #F1 #Carlos55 #Charles16 pic.twitter.com/LHoFjNmqjX