Canada’s Justin Kripps already knew what it felt like to step onto an Olympic podium. But his teammates didn’t, and he wanted to share that experience with them.

That was a motivating factor for Kripps, who piloted his crew to a bronze medal in four-man bobsled on the final day at the Beijing Games – Canada’s last medal of the Olympics.

The 35-year-old Kripps, who won gold in the two-man bobsled at the 2018 Pyeongchang Games, held onto third place by six-hundreths of a second.

The bronze was a first Olympic medal for Ryan Sommer of White Rock, B.C., Cam Stones of Whitby, Ont., and Ben Coakwell of Moose Jaw, Sask.

“It means the world to me to have these three guys in the sled with me, and now they’re Olympic medallists,” said Kripps, of Summerland, B.C.

Kripps piloted his crew to an overall time of three minutes 55.09 seconds at the Yanqing National Sliding Centre, well behind the gold and silver winners from Germany.

The Canadians were third after the first two heats on Saturday. They started the fourth heat with a slim edge over Germany’s Christoph Hafer and hung on for the podium appearance.

“When you cross that finish line, all of a sudden you’re aware of how much pressure there was,” Kripps said. “So in that moment, it felt amazing to have accomplished it.”

Beijing Olympics to end with closing ceremony: What to watch Saturday, Sunday

The bronze was Canada’s second bobsled medal of the Games – Christine de Bruin of Stony Plain, Alta., won bronze in the monobob.

It was also Canada’s 26th medal overall, closing out an out-of-the-ordinary Beijing Olympics highly influenced by the COVID-19 pandemic both during the sporting event and in the months leading up to it.

Canada’s four gold was its lowest total of top-podium finishes since Lillehammer 1994.

“Let’s not gloss over how difficult these last two years were for Team Canada, that in my estimation had to endure the most restrictive COVID protocols of any nation,” said David Shoemaker, the Canadian Olympic Committee’s chief executive officer.

2:26
The story of an Edmonton woman’s journey to the Olympics

The story of an Edmonton woman’s journey to the Olympics

Three of Canada’s 26 medals were won by Ottawa’s Isabelle Weidemann, who was named Canada’s flag-bearer for Sunday’s closing ceremonies.

The long-track speedskater won a complete set of medals in Beijing, including the country’s very first medal of the Games: bronze in the women’s 3,000 metres.

2022 Olympics medal count: Here’s who has won during the Beijing Games

The 26-year-old followed that up with silver in the 5,000 metres. She finished with gold in the team pursuit alongside teammates Ivanie Blondin and Valerie Maltais.

Bookending her Games by leading Canada into Bird’s Nest Stadium was the perfect finish.

“It’s never been something that I even thought I’d be able to do,” Weidemann said on the flag-bearer honours. “These Games have been so, so incredible. And I feel like every day, we’re piling on more and more and I haven’t quite processed it all. I’m having a lack of words and a lack of emotions and I have no tears left, I’ve cried at every event now.

“I really look forward to kind of being able to go home and reflect on everything that’s happened.”

It was an otherwise quiet final day for Canada.

The 28-year-old was one position away from tying Canadian record holder Sara Renner, who finished 15th in the mass start at the Vancouver Games in 2010.

“It’s my best performance ever and one of the best Canadian results. I’m speechless,” said Browne.

Her teammate Katherine Stewart-Jones from Chelsea, Que., achieved what is now tied for the third-best Canadian result, coming in 30th.

Earlier at the Yanqing National Alpine Skiing Centre, the Canadian ski team failed to challenge for a medal in the mixed team parallel event. 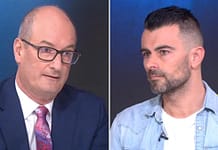 Tim Hortons cuts off Hockey Canada sponsorship for 2022-23, including world...