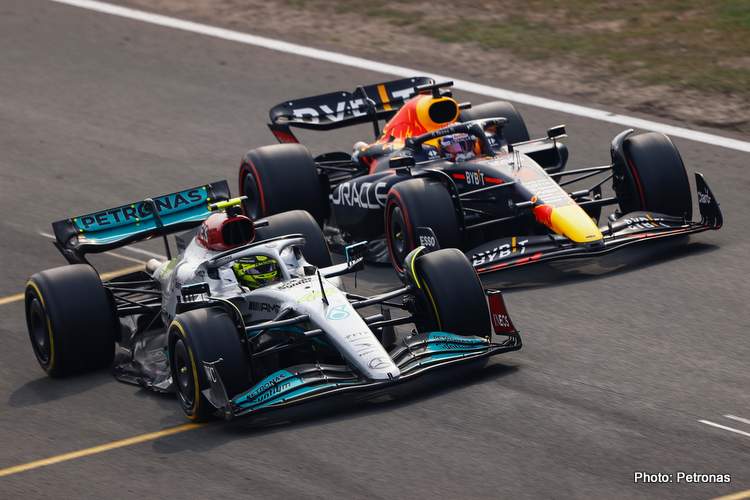 Lewis Hamilton duly apologized to his team after his radio rant during the 2022 Dutch Grand Prix, claiming he doesn’t even remember what he said in the heat of the moment.

Hamilton’s frustrations were evident as he saw his chances of challenging Max Verstappen for a win at Zandvoort on Sunday after Mercedes failed to pit him under a late Safety Car to preserve their track position.

Mercedes put the seven-time Formula 1 Champion on a bold one-stop strategy, that meant he was the major threat to the Dutchman having usurped Ferrari, but a Virtual Safety Car and then a Safety Car meant all their efforts were in vain.

Red Bull pitted Verstappen for Soft tyres under the Safety Car, as Mercedes did the same to George Russell while keeping Hamilton out on Mediums, which meant the reigning F1 Champion making short work of his 2021 rival who had to settle for fourth after being overtaken by his teammate and Ferrari’s Charles Leclerc as well.

Hamilton goes on a radio rant, then apologizes

He later apologized after cooling down, quoted by F1’s Official Website saying: “My apologies to the team because I don’t even remember what I said.

“It was like I just lost it for a second, but I think they know it’s just so much passion,” he added.

“We were just challenged with a lot of things, with the VSCs, and the Safety Cars,” the Briton explained. “I think the strategy and the car had been so good up on to that point, the pit stops were fantastic, the best that we had had all year.

“It was geeing me up, I was thinking the guys are really, really on it today, we are all on it. I was really hopeful that we were going to get a one-two together as a team.

“Especially after – we’ve had not a great year, an up and down year, we’ve not had a win since Brazil. And it’s finally there within our grasp but the Safety Car really didn’t help. I was just on the edge of breaking point with emotions,” he admitted.

Hamilton however is taking some positives from his Dutch weekend, he said: “I want to look at it as a glass half full, we came here struggling from the last race.

“We were fighting against the Red Bulls today. We were quicker than most at many points; without the Safety Car, we would have been challenging them for the win on the one-stop, which I don’t think the others could do.

“So, many great things to take from it,” he insisted. “The car was finally working. If this can be the same in the future races, we are going to continue to breathe down their necks and we are going to get that win.”

There are positives to take away

The winner of 103 grands prix reflected on the improvement Mercedes had after their woeful weekend in Spa, saying: “The thing is, last race [in Spa] we were miles away – we couldn’t even understand how we could be that far away, 1.7s or whatever it was, two seconds.

“And then yesterday I was pole up until the last corner. I was 0.7s up on Max,” he pointed out.

“They are quicker than us on the straight, so even if I had got through the last corner quicker than them, most likely they would have just pipped me by the line, but still there is a huge positive to take from that.

“And then our race pace seems to be better or as good as everyone. So, if we can just close that up – if we finished the lap yesterday, we would have been third or second perhaps and we would have been in a much different position in that race.

“So, I’m taking all these positives forward. So grateful for the team and their hard work because it’s been a tough slog for all of them. And yeah, let’s not give up,” Hamilton concluded.

💬 “To all the mechanics, fantastic job today, those are the best pit stops we’ve had all year so thank you for the continued efforts. Let’s keep pushing, we still got points today.”