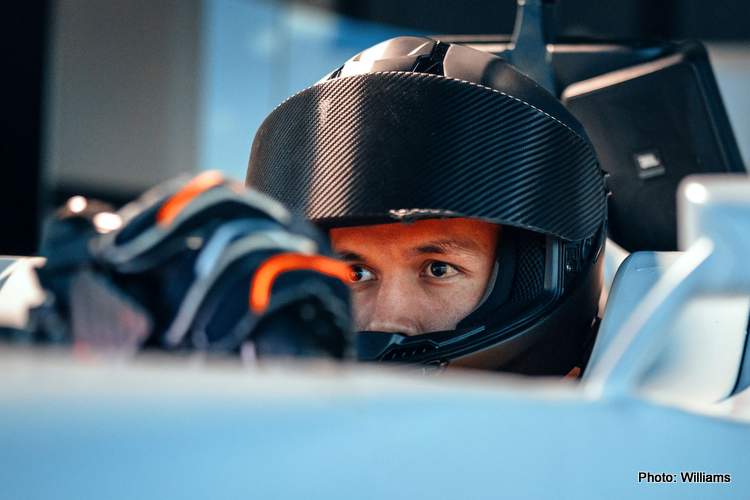 The likeable and still highly-rated Thai driver is back and believes he will be better than he was before having learnt a thing or two from Max Verstappen.

Developed by the Red Bull young driver programme, Albon ticked all the boxes but in retrospect, it was too much too soon, especially when he was promoted to be Verstappen’s teammate by Red Bull, with only a dozen F1 races under his belt with Toro Rosso.

He was demolished by Verstappen and sent to DTM for a year before a series of fortunate events has him back, albeit with Williams.

In an interview published on the Williams website, Albon said: “It’s great to be back. It will be my third year in F1, but I feel like I gained a lot of experience over my time. I’m not this rookie coming into it, now I know what I’m doing and what I want.

“It’s great to be able to work with this team who will listen to me, we’ll listen to each other and try and get the most out of this car,” added the 25-year-old.

Despite being rejected seven years earlier by Red Bull, Albon was back in their good books and, out of the blue, surprisingly handed the Toro Rosso when he was already committed to Nissan e.Dams in Formula E, who released him and allowed him to his F1 debut at the 2019 Australian Grand Prix for Toro Rosso.

Since then he has gravitated in Red Bull’s energetic world, even when sidelined last year he drove for their DTM effort he was reserve and test driver for the Blues. For this year he has stepped into the ‘unknown’ of the Williams HQ.

“It was very exciting to meet who I’m going to be working with and who’s going to be building my car,” said Albon on his first day of work at Grove. “It’s a very international team and there are a lot of names that I haven’t quite got in my head yet, but that will come!

“Other than that, I got to meet my side of the garage in terms of engineering and through the simulator work, we learnt how we do our business – what makes me click and what makes them click.

Some people see Williams as an intimate team, but it’s still massive!

“There’s still a lot of people here, from marketing to aero, the machine shop to accounting, it’s a big team. I’ve seen a lot of new faces and I’m not quite sure I’ll remember everyone’s names but it’s been great to meet everyone. It’s in the middle of the countryside! So I’ve got to get used to that.

“It’s a really nice place, everything’s built under one roof more or less and you can tell that everything is quite close and as a consequence, I feel like everyone knows each other here which is really nice to see. Everyone’s very friendly and I’ve had a good time.”

Albon attended Grands Prix last season, as a reserve in between his DTM commitments, helping AlphaTauri rookie Yuki Tsunoda (mentally) in the latter half of the season, to good avail too as the Japanese driver finished his year strongly after a year of waywardness.

This gave Albon first-hand insight into how Verstappen, the teammate that obliterated him, won the 2021 F1 world champion title and what makes the Dutch ace so special.

What did Alex learn from being Max Verstappen’s teammate and watching him win the 2021 F1 title?

“More than anything, I was surprised by his ability not to worry. Mentally he’s incredible,” Albon revealed to Motorsport-Total: “He just drives the car and don’t think about the consequences or anything else that’s going on. That inspired me.

“If he finished behind Lewis, he would say: Okay, never mind. If he led a race or won a race, it was also: Okay, whatever. I admire that because it’s not easy to be in the limelight as much as he is.”

Albon admitted he was “incredibly happy” to see his former teammate be crowned Champion at Yas Marina but at the same time felt for Mercedes: “I can see both sides. When I look at Silverstone, Hungary, Jeddah or even the first round in Abu Dhabi, I have the impression that the decisions went against Max.

“Of course, it must feel bad for Mercedes but at the same time I think Red Bull deserves it,” said Albon who has the big shoes of Mercedes-bound George Russell to fill at Williams who he will be measured up against Nicholas Latifi.

While it was cruel for Albon to have to sit out after only two seasons in the top flight, it should serve him well. Apart from being wiser, he knows what to expect. He is ready now. However, the spotlight on him will be bright as there is nowhere to hide for F1’s latest comeback kid.

He can take heart that more than one great was forced to sit out a season after getting the taste of F1, only to suffer a similar demotion before making a solid return. Fernando Alonso and Felipe Massa spring to mind.