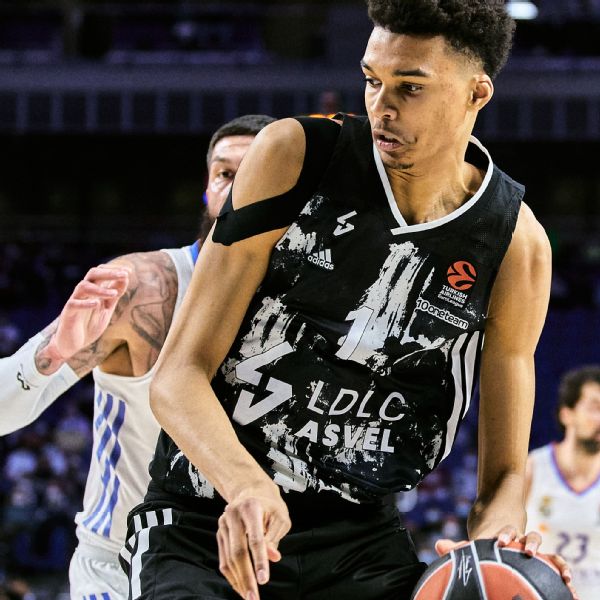 Projected No. 1 pick Victor Wembanyama will travel to Las Vegas next month for a pair of highly anticipated games, matching up with projected No. 2 pick Scoot Henderson, a source told ESPN.

Metropolitans 92 from Paris will take on G League Ignite on Oct. 4 and Oct. 6 in a pair of exhibition games in Henderson, Nevada. The games are expected to be broadcasted on the ESPN family of networks, the source said.

The 18-year old Wembanyama, who recently measured 7-foot-4 barefoot with an 8-foot wingspan, has wowed NBA executives for the past three years with his exceptional combination of fluidity, perimeter skill, shot-blocking instincts and feel for the game, and has cemented himself as the likely No. 1 pick, barring a major surprise. He was named French LNB Pro A Best Young Player two years in a row and made his EuroLeague debut last season.

He will match up with his stiffest competition for the top spot in the 2023 draft, Henderson, an electric 6-3 point guard who is entering his second season with Ignite. Henderson has a prototypical frame, a 6-9 wingspan and explosiveness operating in the open court, playing off hesitation moves and finishing downhill drives above the rim, often in highlight-reel fashion. This will be his best chance to show a huge number of NBA executives expected to assemble for these games that he’s worthy of consideration at No. 1, over Wembanyama.

Henderson is one of three players currently projected as first-round picks on G League Ignite’s roster. He’ll be joined by Canadian wing Leonard Miller and French guard Sidy Cissoko, the No. 19 and 23 picks in ESPN’s latest projections. Potential draft picks Mojave King from Australia and Efe Abogidi from Nigeria are also slated to participate.

For the first time ever, Ignite will play a full 50-game G League schedule, making them eligible to compete for a championship in the 2022-23 season. Their season officially starts Nov. 4 at their new home arena, the Dollar Loan Center in Henderson, Nevada.

Metropolitans 92’s season starts later this month with three games slated for Sept. 23, 27 and 30 before the team travels to United States for a week of training and exhibition games in Nevada.

Evan Mobley, Jarrett Allen and the Cavaliers are out to reinvent the big man position