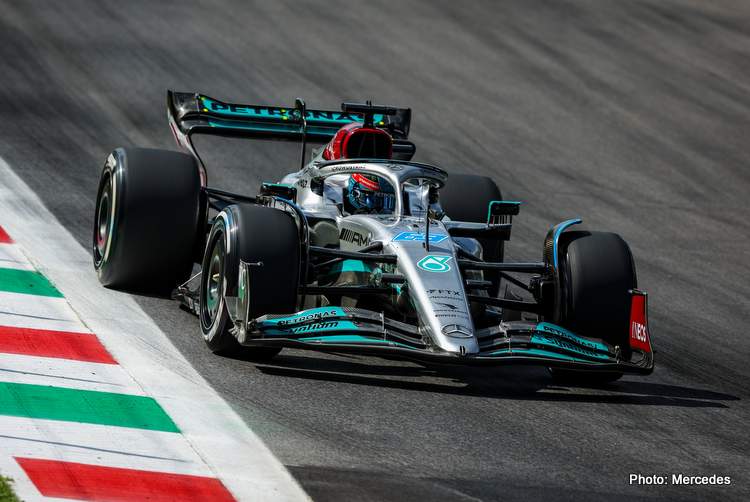 George Russell insisted finishing third at the 2022 Italian Grand Prix is all he and Mercedes could achieve with the pace they had.

Mercedes were back to their Spa form at Monza, maybe not as bad, but nevertheless way off the pace of Red Bull and Ferrari, but benefitting from an array of grid penalties, Russell started the race second behind polesitter Charles Leclerc, and managed to hold on and take the final podium position at the end.

Reflecting on his race, he said: “Unfortunately, this weekend we were not where we wanted to be as a team – but like I said on the radio, it doesn’t matter if we are fast or slow, we keep getting these podium finishes.

“Over this triple header, two of the three weekends have been very difficult, and I’ve still come away with two podiums and a P4, so we’ve got to be satisfied with that,” he insisted.

“Looking at today’s race, we had to do something different if we wanted to fight with Max and Charles, so we went for the Hard tyre at the stop, but they were just too quick,” the Briton reflected. “That’s all we could do in our position.

“Now we have some weeks to recharge, regroup as a team and prepare for the final part of this season, so we can take every opportunity that comes our way,” the 24-year old concluded. 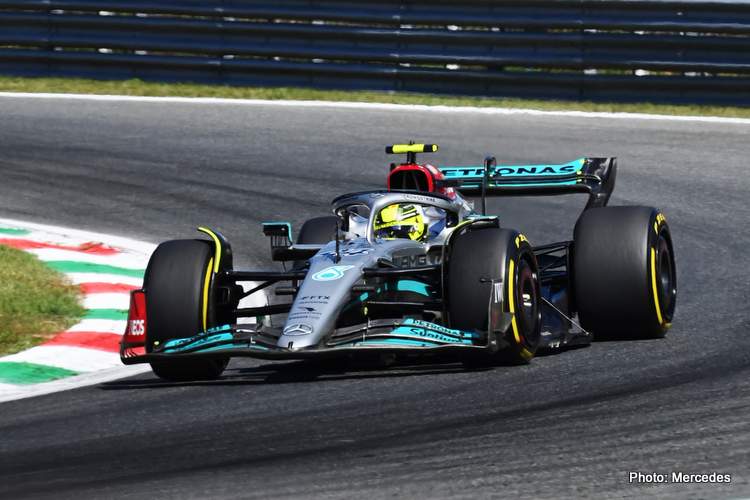 Lewis Hamilton started the race from 19th on the grid, having qualified fifth after taking on a new power unit. He raced to fifth after the 53-lap race, which he claimed is the target he and Mercedes set.

Speaking in Mercedes’ post-race report, Hamilton said: “This morning, the team said anywhere between sixth and fourth was possible. That always feel like a stretch when you’re looking ahead at the race – but I had a lot of fun working my way to P5.

“The beginning was a struggle, with a heavy fuel load and the tyres overheating in traffic, but then we started to make progress as the race unfolded – and I had some fun after the stops working through the traffic.

“At the end, we stayed out to keep the position on track and it might have been a tough battle if the race restarted, so I’m glad it finished the way it did,” Hamilton admitted.

“Overall, we knew this was going to be a tough weekend with the engine penalty, so I’m pleased to come away with a P5 finish and to have pulled everything out of the car.

“This wasn’t our best track but we did everything we could as a team, and I hope we have some stronger weekends ahead before the end of the season,” the seven-time Formula 1 Champion concluded.