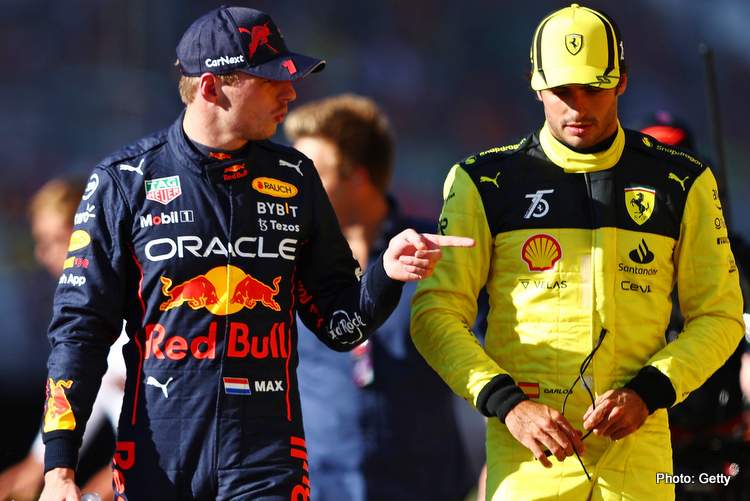 Max Verstappen knew he would not be starting the 2022 Italian Grand Prix from pole position even before qualifying began but that did not stop the Red Bull driver from splitting the pace-setting Ferrari duo on the timesheets today at Monza.

Verstappen was a tenth and half of a second down on Charles Leclerc’s pole-winning lap in the ultra-quick Ferrari, not a bad effort by the Word Champion considering that the RB18 had more downforce dialled in with an eye on the #1 car making its way upfield.

PU-related penalties mean Verstappen will start his 157th Grand Prix from TBC on the grid, which does not deter the Dutchman who is hunting his fifth victory in a row this season, and also to extend the 109 points he leads the 2022 F1 championship by ahead of tomorrow’s 16th race on the calendar.

In parc ferme after an entertaining qualifying, Verstappen summed up: “It was close but of course, we chose to go for a little bit more downforce around here and on one lap it is maybe not the best.

“I think for the race we can be quite strong and also knowing we have to start a bit back. All in all, it was a good lap and I enjoyed it. I think it will be an interesting day.”

Later in the team report, Verstappen added: “I think qualifying went well. The Ferraris have looked strong all weekend, so we knew it would be close.”

Repeating what he mentioned earlier in parc ferme: “We set up the car for the race, opting for a little bit more downforce; over one qualifying lap it wasn’t the best, but I think tomorrow it will be strong.

“Regardless, we were still quite close so that’s a positive. It will be an interesting battle tomorrow; I’ll try and stay out of trouble and just make my way forward.

Verstappen: We won’t be taking any crazy risks 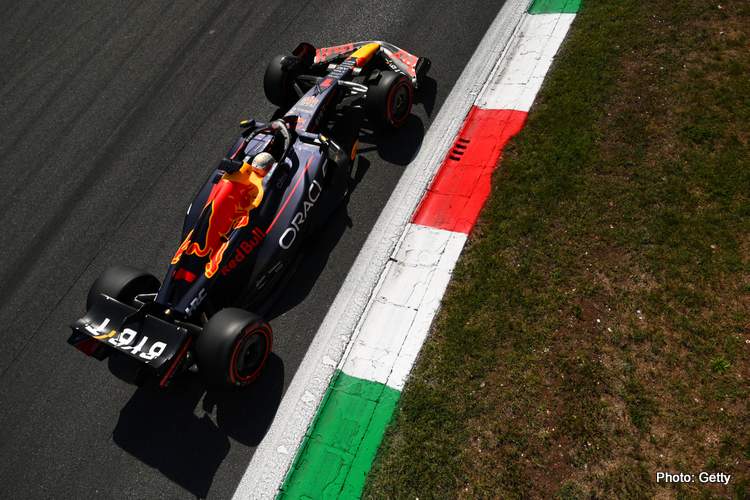 Then, typical Max, he concluded with: “We won’t be taking any crazy risks though, I know that we don’t need to win every race from now until the end of the season but if I clear all the cars in front of me, then I will, of course, go for the win.”

And that might just be a warning to his rivals as the Dutch ace is on a hot streak of four wins in a row, victory on Sunday would make it five in a row and add to the already massive 109 points gap he has to his closest rivals.

And, even with grid penalties, as he showed from 14th at Spa-Francorchamps last month and fro 10th in Budapest before the summer break, plus his win last Sunday at Zandvoort, it must be asked. Can Verstappen be stopped?

Chasing his teammate all weekend, make that all season, Sergio Perez was nine-tenths of  a second down on Verstappen when it mattered, with penalties to boot the Mexican veteran will need to dig into his experience to get on the podium, where the car should be if Max is the measure.

Nevertheless, Perez was content with his session: “It is still a good result and we can fight for it tomorrow. With the race pace we have, we can close up the gap, so I am looking forward to it. It wasn’t a great lap for me, but it didn’t feel bad either, now we need to maximise for tomorrow and focus.”

Perez: We knew the Ferraris were going to be very fast around here 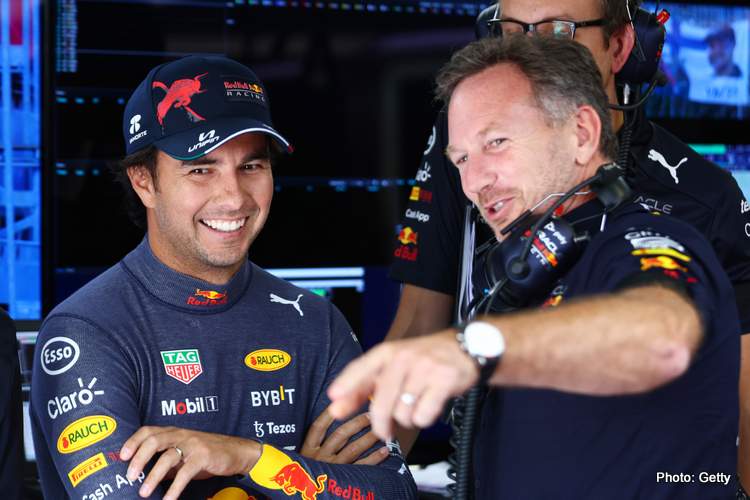 Checo added: “So the result wasn’t much of a surprise. I think in the race they will also be strong. We are lacking a bit of pace at the moment so there are a few things to review from today before the race.

“We have to make the most of what I have. The DRS straights can be very painful around here, you can sit for a couple of laps and that can impact your race a lot.

“It will be difficult to pass, you must have a good strategy and use your pace properly, that will be very important to progress,” added Perez, who lies tied second with Charles Leclerc in the drivers’ standings after 15 rounds, 109 points behind Verstappen.

Horner: We had to compromise qualifying slightly 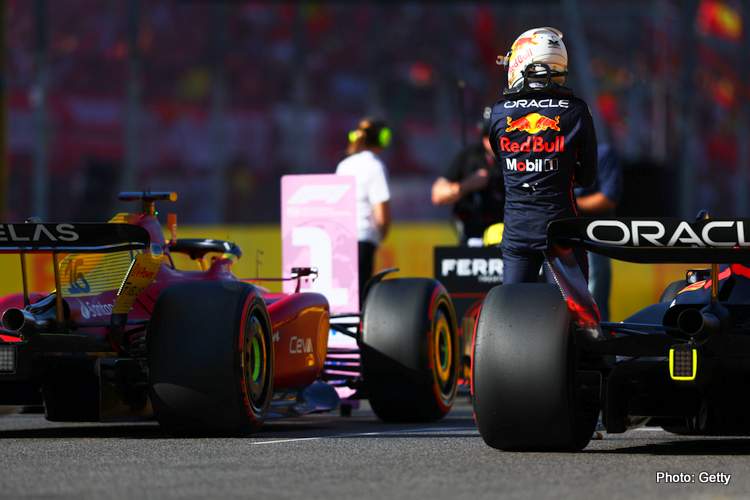 Red bull team boss Christian Horner summed up: “We knew in qualifying Ferrari would be particularly strong and that proved to be the case. We had to compromise qualifying slightly to give the drivers a better race car tomorrow, so we’ll see if that trade pays off.

“I think it’s still tricky to overtake here, Spa for sure is the easiest to overtake, but theoretically we should be able to get into an overtaking position although it’s certainly not going to be straightforward.

“We’ve strategically taken the penalties at the best race we can considering where we are in the season as we didn’t want to do it at Singapore or Japan given the difficulty in overtaking.

“We have a strong race car though, so hopefully we can make some good progress. A mixed-up grid could mean a very exciting race, we’ve taken two sets of new softs – so have Ferrari and it will be fascinating to see how that plays out,” concluded Horner.

Verstappen is on course for his second F1 title in a row, as Red Bull are cruise to their first F1 constructors’ title since 2013 when they triumphed with Sebastian Vettel and Mark Webber. (Additional reporting Agnes Carlier)