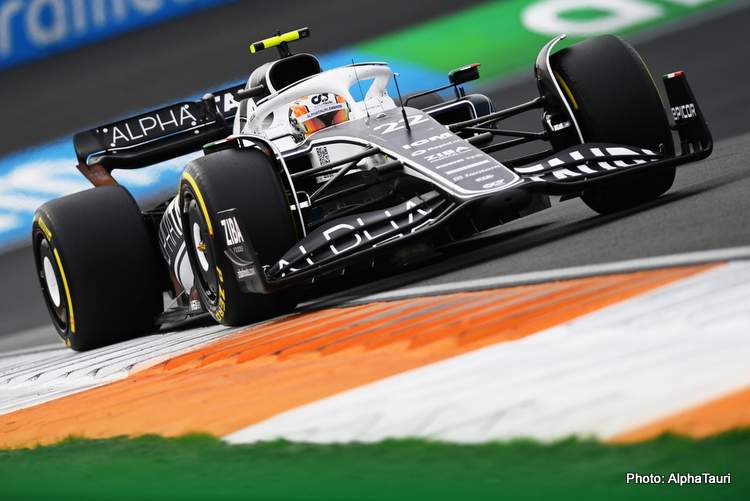 AlphaTauri’s Yuki Tsunoda was reprimanded by Formula 1 stewards at the Dutch Grand Prix on Sunday for driving his car with the seatbelts loosened.

The Japanese stopped on track because he felt a wheel had not been correctly fitted at a pitstop but was assured by his Red Bull-owned team that there was no problem.

He returned to the pits where mechanics changed his tyres and tightened up the belts before sending him back out, where he stopped again and triggered a virtual safety car (VSC) period.

The VSC helped Red Bull’s eventual winner Max Verstappen, who was able to pit without losing the usual amount of time, but dented the hopes of Mercedes and seven-times champion Lewis Hamilton.

Tsunoda comes back in to the pits for running repairs before coming out again and immediately encountering problems again. He’s parked up at the side of the track.

Tsunoda and a team representative were summoned to stewards after the race.

The stewards said in a statement that the car had been released safely but Tsunoda had loosened his seatbelts when he first stopped, thinking he would have to abandon the car. He then drove back in an unsafe condition.

“The driver stopped, unbuckled, did a full lap, came in, the problem wasn’t solved, they put the seatbelts back on and he drove out and stopped the car again,” Mercedes team boss Toto Wolff told reporters.

“So I mean that probably could have changed the race that maybe we could have won,” he added.