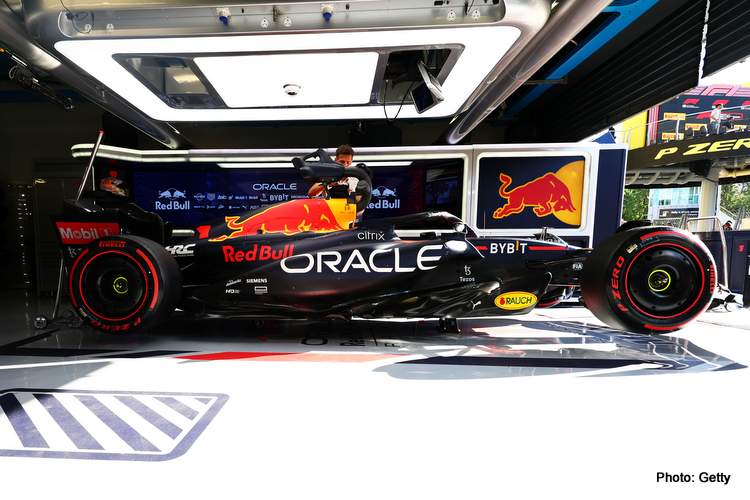 Christian Horner spoke after Red Bull talks with Porsche fell through claiming the deal with the German carmaker was not the right one for the team strategically.

Red Bull will be at no disadvantage to Formula 1 rivals without Porsche as a partner, team boss Christian Horner said after the announcement last week that talks with the German sportscar maker had ended.

The two sides had been discussing joining forces for months but Championship leaders Red Bull were determined to stay independent.

Horner told reporters at the Italian Grand Prix that leaked details of a deal suggested Porsche maybe “were slightly getting a little bit ahead of themselves” and no binding commitment was ever signed.

“It was only natural to discuss and explore possibilities with them. In the end it wasn’t the right deal for us strategically to benefit us on the journey we’re on,” he added.

“We are a race team fundamentally and that enables us to make quick decisions and react very quickly. I think we’ve seen on so many occasions manufacturers have been less autonomous in their decision-making.

“That was a key aspect of protecting what we have and how we operate, which has proved to be reasonably successful.”

Red Bull have set up their own powertrains company at Milton Keynes in central England employing more than 300 people and with more recruits joining soon.

The facility could ultimately provide power units for up to four teams, although initially only Red Bull and sister team AlphaTauri when new engine rules come in for 2026.

“Our strategy to have engine and chassis all under one roof in one campus… remains absolutely unchanged. At no point was this dependent on the involvement of an investor or a manufacturer or an OEM,” said Horner.

Red Bull won four Constructors and Drivers’ titles in a row between 2010-13 with Renault engines and now use an engine assembled in Japan under an extended agreement with former partners Honda.

They are dominating both Championships, with Max Verstappen heading for his second Drivers’ Title after winning 11 of 16 races so far.

The other engine makers are Ferrari, Mercedes and Renault, with Volkswagen-owned Audi joining from 2026.

Asked what Red Bull had sought from Porsche, Horner said it was a case of “what can they potentially bring to the party that we didn’t have access to?

“Having done our due diligence we felt that actually we were in good shape and with the recruitment that we’ve made technically we don’t feel at any real disadvantage to our competitors,” he added.

“We’re in a position with our recruitment and investment in the facility to do all aspects of the power unit. We’re pushing ahead. We’re not contingent or dependent on other potential partnerships.” (Reporting by Alan Baldwin)