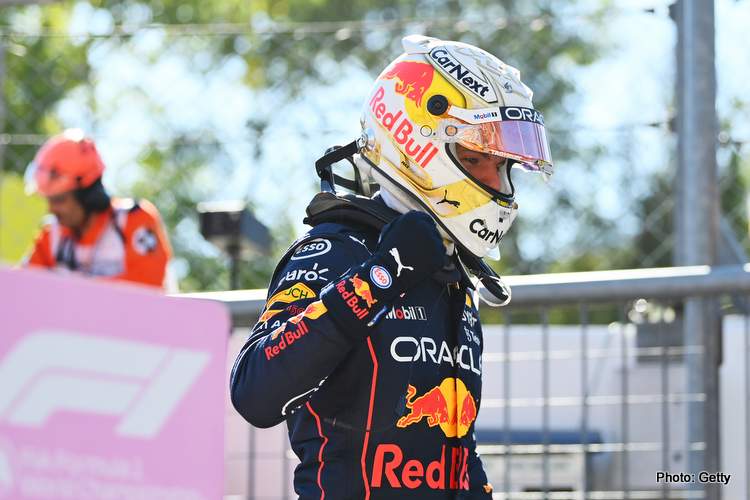 Max Verstappen admitted he was not worried about the late Safety Car at the 2022 Italian Grand Prix, that wiped out his lead, even if the race was resumed.

Such was the level of confidence Verstappen is now enjoying, that he wasn’t worried to take on Charles Leclerc with a final sprint to the flag should the race have been resumed after the Safety Car.

In the end, the Dutchman won his first ever career victory at the Monza, and is relishing the season the is enjoying, as winning his second Formula 1 Title is now only a formality.

“It’s amazing what we’re experiencing within the team,” Verstappen said after the race. “I think we’re having an amazing year and it’s important to enjoy it as well.

“We’ve had a lot of different challenges of different kinds of tracks and now the car seems to work at every single kind of track and we are extremely pleased,” he pointed out.

Reflecting on the Safety Car – sent out to clear Daniel Ricciardo’s stricken McLaren – that wiped out his lead over Leclerc, the Red Bull ace said: “From what I understood, [Ricciardo’s] car was stuck in gear and that’s why it took so long. 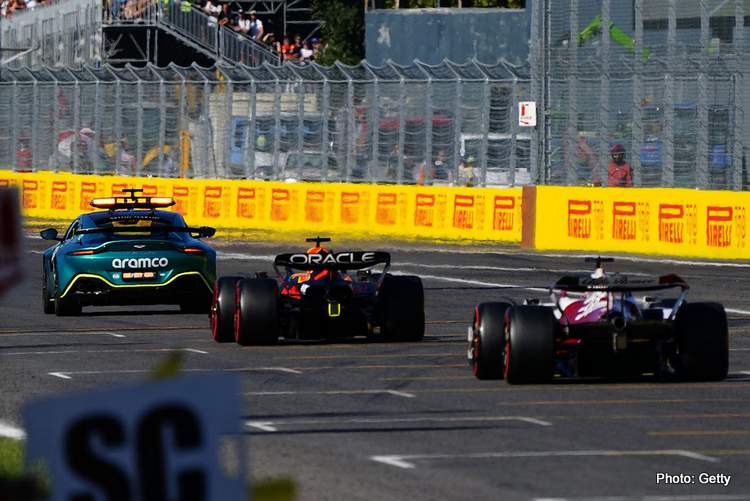 “It’s very unfortunate and normally, everyone wants to finish under green flag, but yes, unfortunately we were just short of laps.

“But I had a new soft as well, so I was not too worried if it was a one-lap shootout,” the reigning F1 Champion insisted.

Now all the talk is about when Verstappen can secure the Title, and asked whether he can do that at the next race in Singapore, he said: “I need a bit of luck for that as well, and I don’t think about it.

“I just want to go to Singapore and try to win that race as well, just have a good time. We are having a great season, so we should also really appreciate it and just enjoy the moment.

Verstappen has a blistering start to his race from seventh, and by lap five was second an chasing down Leclerc in the Ferrari.

Speaking in Red Bull’s post race report, Verstappen explained: “The first lap I had to be careful but we had a good start and were clean through the first chicane and for me that was the most important thing, to stay out of trouble.

“Then we were very quickly back up to P3 and even into P2, then I could set my sights on Charles and I could see we had better tyre degradation.

“Overall if you look at the pace of our car this weekend, especially today, I think we were strong. The pace was good on every tyre and we were comfortably the quickest on the track.

“You have to try and be as perfect as you can be and on most occasions this season, we have been pretty good,” he maintained.

A troubled race for Sergio Perez 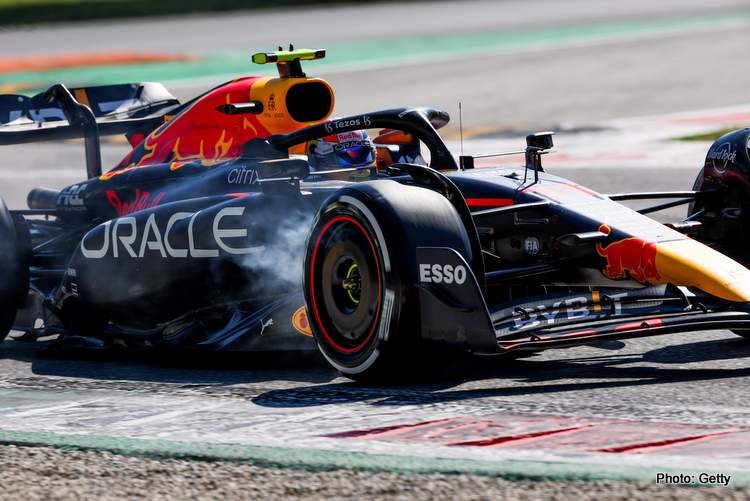 Sergio Perez started the race from 13th after taking his grid penalty, and finished sixth, and suffered from overheating front right brakes which he claimed affected his whole afternoon at Monza.

“My race got compromised fairly early when my front right brake disk got super-hot and was basically on fire, so we had to make the decision to pitstop,” Perez said after the race.

“The first laps on the hard I couldn’t get any temperature into the tyres because I had to lift and coast, I was losing a lot of lap time and my first stint was compromised.

“That affected my whole race and I had to massively manage my brakes, it was critical at that point because I could have lost them and had to retire the car,” he revealed.

“For me it wasn’t a good weekend and we have plenty to do, I am back on the simulator tomorrow and trying to get back into a good rhythm straight away,” Perez concluded.