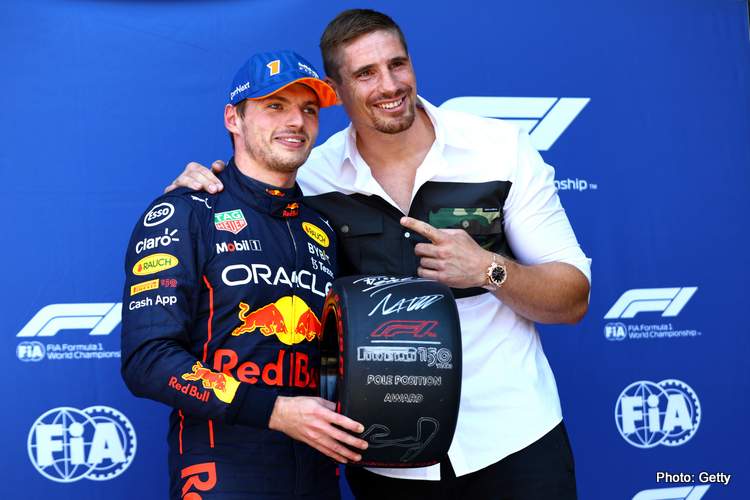 Even Max Verstappen could not believe he stole pole position for his home Dutch Grand Prix, the Red Bull driver once again delivering a stellar performance to the delight of the Orange Army who cheered every time he passed by, along the entire seaside track.

Like last year on home turf, Verstappen will start the race from pole and, after turning midpack grid places into wins at Spa-Francorchamps last Sunday and in Hungary last month.

For Sunday’s race, it is hard to bet against Verstappen winning at Zandy again, the only surprise would come in the form of a technical failure or an incident on track.

The latter is unlikely as from pole, in an ideal scenario for him, Verstappen will look to get into the lead with the Ferrari pair chasing, as the drag to Turn 1 is not that long. As for reliability,

Friday will be on the back of their minds for the duration of the race and perhaps the only Achilles heel in a Red Bull team that is performing at the very top of their game, and anyone’s game for that matter.

Nevertheless snatching pole in qualifying today from the Ferrari duo by a few hundredths, with a gutsy and aggressive lap, was a top job by the reigning F1 World Champ and he knew it.

“Unbelievable!” declared a broad smiling Verstappen in Parc Ferme after the session to roars from the crowd: “Especially after [Friday] we had a difficult day but we worked really well overnight, the whole team turned it around and today we had a quick race car again but it was very close but the pole lap was insane.

Verstappen: We changed a lot, yesterday was a bit rushed in FP2 to get the car together

Sound on for the cheers 🙌#DutchGP @Max33Verstappen pic.twitter.com/WhGRSNJGzr

“Today the car was enjoyable to drive,” beamed Verstappen after claiming his 17th F1 career top spot start, later he added in the team report: “I know it’s going to be close during the race, but I think if we make the right calls on tyres and execute it well, we should stand a good chance.

“The atmosphere is amazing here, I hope the fans are having a great time, I really can feel the support and I can hear them all around the track,” added Verstappen

Perez had a miserable afternoon, always chasing his teammate as he has been all weekend, and then on his final flyer messed up the final turn complex – the Arie Luyendyk Bocht. With his Red Bull facing the wrong way, he triggered a yellow which meant the end of a final hot lap for him and those behind.

The gap of 0.735 is among the largest among teammates, Verstappen simply on another level to Perez at the wheel of the RB18 these past two days.

Perez: I just kissed the gravel and unfortunately, I lost the rear end

The Mexican’s mishap denied drivers behind him a chance to improve their times#DutchGP #F1 pic.twitter.com/5TP2A8U4JK

The Mexican veteran summed up his session: “I was pushing it to the limit on the final lap of Q3 and I just went over the limit a little, it’s a shame. I went a bit too hot into the final corner and in the end I was lucky not to damage the car. I touched the throttle too early; I just kissed the gravel and unfortunately, I lost the rear end.

“I was on a good lap and could have improved quite a bit but we lost out. We are still P5 though and we can race from there but it will be very important to have a strong race pace.

“We have made positive changes to the car since yesterday and we are on the right track, this morning the long run was positive. “I’m hoping to carry that into [the race] and make up some good positions on the leaders.

“We think it could be a very close race between us, the Mercedes and the Ferraris, it could be a battle and I am looking forward to it,” concluded Perez, who lies second in the championship standings, 93 points behind Verstappen who leads after 14 rounds; Red Bull lead the constructors’ championship by a healthy margin too.