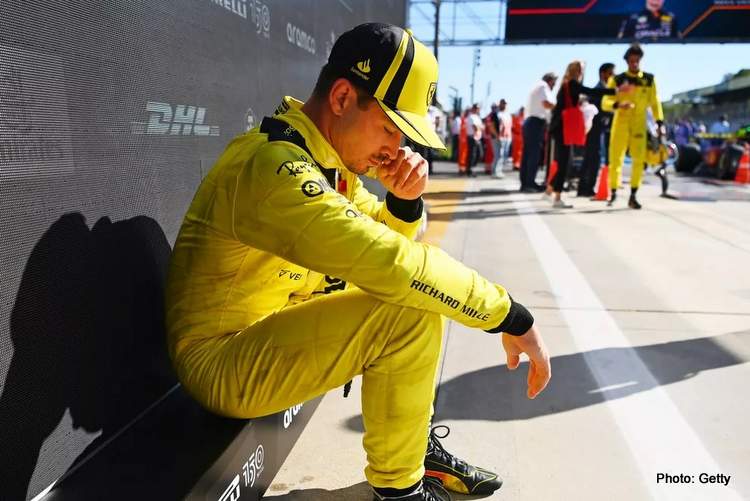 Charles Leclerc lamented lack of luck at the 2022 Italian Grand Prix as a mistimed pitstop under an ending Virtual Safety Car put him and Ferrari on the back foot.

With retrospect, Ferrari and Leclerc most probably did not have enough firepower to fight Max Verstappen at Monza, as towards the end of the race, and before the Saftey Car was deployed, the Ferrari driver was unable to close the gap to his rival (running Medium tyres) despite being on Softs.

But in the end, Ferrari did not help themselves when the pulled the trigger too early under the Virtual Safety Car, pitting Leclerc from the lead while the VSC was ending, which meant they did not benefit from it.

As for finishing the race behind the Safety Car, which denied him a chance to have another go at Verstappen, the Monegasque said: “From the last laps, from my point of view it felt like the track was clear so I was expecting the restart.

“But maybe there are things in the background that I don’t know and maybe that’s why we couldn’t start,” the 24-year-old wondered.

The Championship may be well out of reach for Leclerc, but he insists that he can win races over the six remaining ones this season.

“Yes. Well I think so, and we will work for that,” he said when asked about the probability of taking some wins. “We’ve shown that we’ve had a great reaction from Spa to Monza; we still need to keep in mind that these are not tracks that are good for our race car.

“But still we have shown a good pace, so I’m sure we can win some other races,” the Monegasque insisted.

We would have like to see more yellow on the podium… but @Charles_Leclerc drove with his heart and for you, #Tifosi 💛#essereFerrari 🟡 #ItalianGP pic.twitter.com/YCiR2Dhzvv