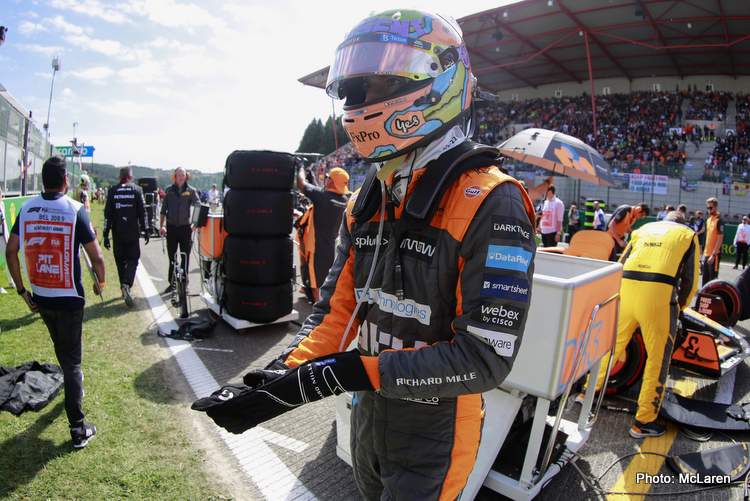 Daniel Ricciardo said he will not be too proud in his approach to extend his stay in Formula 1, admitting he will consider all the options presented to him.

Ricciardo is determined that this season will not mark the end of his career in F1 and said he would even consider a role as a reserve driver for next year.

The Australian split with McLaren last week and has already said that he might take a sabbatical from the series for the 2023 season if the right position did not come up.

In an interview with Australia’s The Core website on Monday, the 33-year-old said he would be looking at all options to stay in F1.

“That fire in my gut is still there. It hasn’t gone away,” he said. “There are pros with having some time off … but then obviously staying active in here is good.

The Australian will not need a job for the money, having been bought out of the final year of his multi-million dollar contract at McLaren.

No rush to take a decision

Some media reports have linked Ricciardo with a reserve drive behind Lewis Hamilton and George Russell at Mercedes.

Several teams have yet to confirm their lineups for next season, including Ricciardo’s previous employers Renault-owned Alpine.

Another option might be Ferrari-powered Haas, who have Mick Schumacher out of contract at the end of the year.

Ricciardo said there was no need for him to make an immediate decision and he would probably only start reviewing his options after the Japanese Grand Prix in early October.

“I still want to be on the grid. That might not be at any cost, but I definitely still want to do it,” he said. “I’ve been tested over the last couple years, for sure. But I’m proud to say, I haven’t been broken. And that’s why I still love it.”

Ricciardo finished 17th at the Dutch Grand Prix on Sunday but has another chance to showcase his talent next weekend at Monza, where he took the most recent of his eight career race wins last year. (Reporting by Nick Mulvenney)