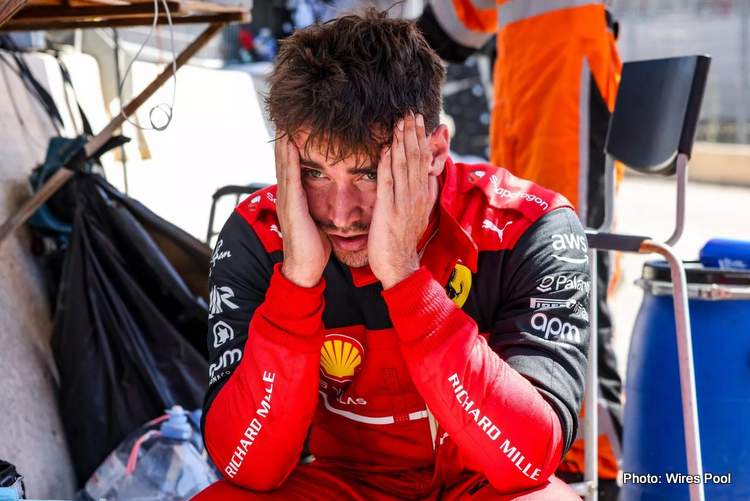 Nico Rosberg sees in Charles Leclerc’s crash at the 2022 French Grand Prix more than a mere driver’s error, and believes the Monegasque blamed himself prematurely.

Leclerc was pushing to cover the undercut attempt of Red Bull’s Max Verstappen, when he lost control of his F1-75 at Turn 11 spinning into the barriers and ending his race.

The Ferrari driver was vocal about his error, claiming that if he keeps making such mistakes, he does not deserve to win the Championship.

But 2016 Formula 1 Champion Nico Rosberg has other thoughts, and thinks Leclerc should not be too hard on himself.

“I really think it was premature of Leclerc to take the blame,” he told Sky Sports F1. “He needs to go back now, because it’s really very unusual for that to happen in the way it did, because you’re not even pushing to the maximum there, you’re saving tyres.

“For the rear to go like that, one thing could be at that point, that’s exactly the point when the wind comes from the rear, and if you get an unlucky gust or something, that can suddenly take 20 per cent of your downforce away right in that moment,” the German explained.

“And also, what was happening with the engine there? It only takes a little bit of a cut or something that can kick out the rear,” Rosberg added. “I really think they need to take some time to look at that because I still can’t believe that it would be a driver mistake.

“I also found it was a little bit strange, and I think that’s where Charles was complaining that he was not able to go on throttle because the car I don’t think was even broken?

“The front wing was broken probably going into the barriers, but I’m surprised he didn’t try and get out of there even more and continue. I’m not sure what happened there,” the former Mercedes driver wondered.

Binotto needs to do some housekeeping in the strategy department 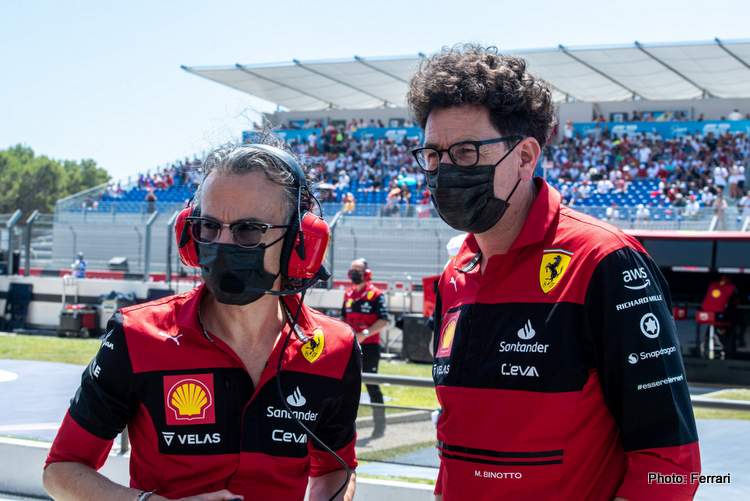 Ferrari’s misfortunes were not only Leclerc-related, as their other driver Carlos Sainz – slicing through the field from the back of the grid after being hit with a power-unit related penalty – was compromised by a botched pitstop after which he was given a five-second penalty and a questionable strategy from the team.

“I was shaking my head at Ferrari’s strategy for Sainz,” Rosberg revealed. “What on earth are they doing there? First of all, he was in the middle of a huge battle out on track and his whole team wasn’t watching that anymore, they were down doing their calculations about pitstop times.

“They were talking to him like in the middle of the wheel-to-wheel action. I thought, guys what are you doing?

“Then, Carlos is in P3 and comfortably he would have been able to stay there, and the tyres would have been fine until the end,” he insisted. “He even had a chance to still get Lewis for P2. Then, they bring him in and there’s no chance to go beyond P5 where he ended up.

“What an earth is going on there? Really, I think it’s time they made some changes there, some serious changes.

“Terrible judgement there, terrible,” Rosberg reflected. “I can’t explain it. Mattia [Binotto, team boss] really needs to get on top of that and make some serious changes I think there now.”

The fact remains, and regardless of who should take the blame, Ferrari and Leclerc have been hemorrhaging points this season, which really puts in doubt their ability to fight for top honours, as they go on wasting the potential of one of the best cars that exited Maranello in years, their F1-75.