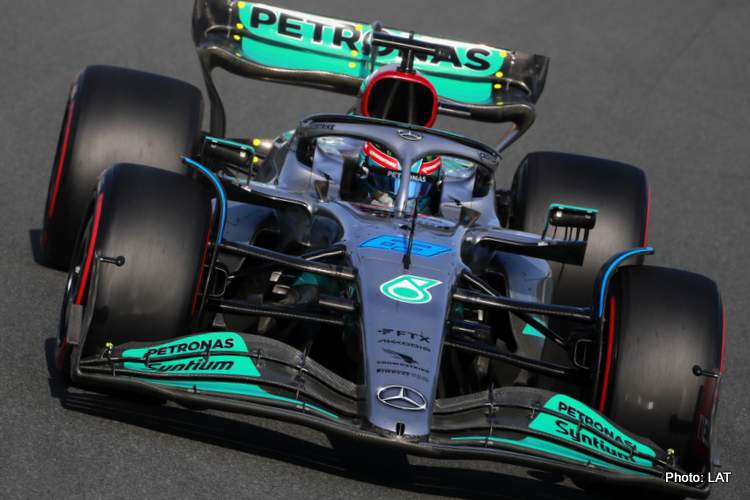 Toto Wolff is braced for a tough race for Mercedes at this weekend’s 2022 Italian Grand Prix, as Monza will be more challenging for the Silver Arrows.

After a strong performance by the eight-time Formula 1 Constructors’ Champions last time out at Zandvoort, this weekend at Monza will be probably bringing out the worst from their W13 who will not enjoy the Temple of Speed’s high speed nature.

It will be another chapter in Mercedes’ oscillating season as they still struggle to understand what makes their precarious W13 fast or slow.

The team, thanks to a bold one-stop strategy were able to run Red Bull’s Max Verstappen slow at his home Dutch Grand Prix, but a Virtual Safety Car and then a Safety Car ended their challenge, not to mention Verstappen’s relentless speed and Red Bull’s spot on pit wall calls.

“We didn’t have the fastest car across the Dutch GP weekend, but the team did a fantastic job putting us in the mix to win the race and we need to ensure we’re in that position on a more regular basis,” Wolff began on Mercedes’ Monza preview.

“We took some risks in Zandvoort and not all of them worked; we exist to fight for victories and will never shy away from making bold decisions.

“We scored good points in our chase for P2 in the championship and it was fun to be back in the fight. Through everyone’s hard work, we’re edging closer to that first win of the season,” he added.

The race at Zandvoort feature some drama with Lewis Hamilton going on the offensive against his team’s strategy under the late race Safety Car that had social media in overdrive all week talking about it.

Furthermore, Red Bull’s chief strategist Hannah Schmitz was brought into the mix over allegations of conspiracy between Red Bull and AlphaTauri whose driver Yuki Tsunoda’s breakdown caused the Virtual Safety Car that affected the efficiency of Mercedes advantage.

Tsunoda’s breakdown was odd, something Wolff himself questioned before rubbishing conspiracies himself, but that didn’t stop keyboard warriors from having their party.

On that matter, Wolff said: “Emotions were running high on social media after the last race, but hate speech and abuse directed at our Team and our competitors have no place in F1.

“We compete hard on the track but we always have respect for our rivals,” the Austrian insisted.

“This intense triple-header wraps up in Monza, an iconic venue with a rich history and heritage in motorsport, and of course the sea of red Tifosi,” Wolff pointed out.

“While Zandvoort suited our car, Monza is likely to be a more challenging weekend owing to the circuit characteristics.

“But we’re optimistic we’ll be in better shape than other low-downforce tracks like Spa, thanks to our learning since then, and be pushing hard to be fighting for the podium once again,” the Mercedes boss concluded.