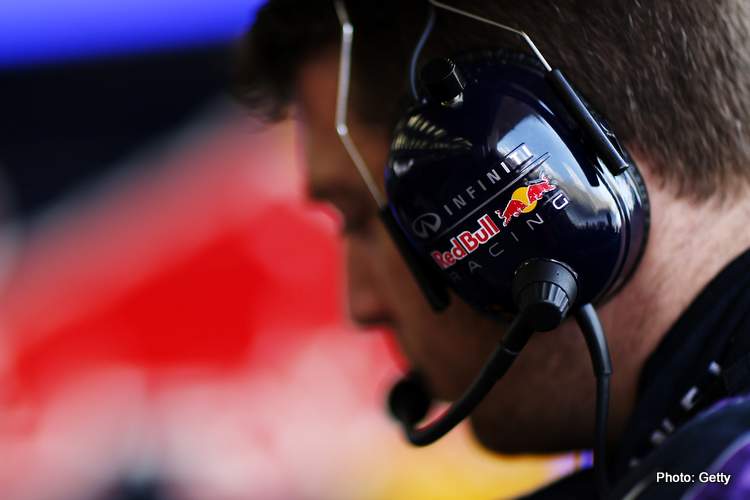 Team radio has been in the headlines most of this season, Fernando Alonso and Lewis Hamilton had to apologise for their outbursts, and Ferrari mayhem was cruelly exposed, which begs the question: in the headline.

Although Colin Chapman delved into the driver-to-pit systems, comms between driver and his pitwall has been effective in the sport since the mid-eighties as F1 Technical reports: “Car-to-pit radios were first used in 1984, but were initially dogged by interference and cross-talk.

“At one British Grand Prix, for example, Ayrton Senna was mystified by strange messages in his earpiece. They were eventually traced to a catering firm working on the infield.”

F1 being F1, technology evolved rapidly as did the system but it was exclusive to teams, the comms between driver and pitwall, certainly not for broadcast. But in 2022 now times have changed too and today, F1TV subscribers can listen in all 20 drivers, all race long.

This is what F1 TV directors do when covering the sport, and the choice bits are added to the live TV feed for all to hear. A great deal of radio noise generated by drivers and their engineers is not used, for obvious reasons, but the good stuff tends to be juicy and revealing. 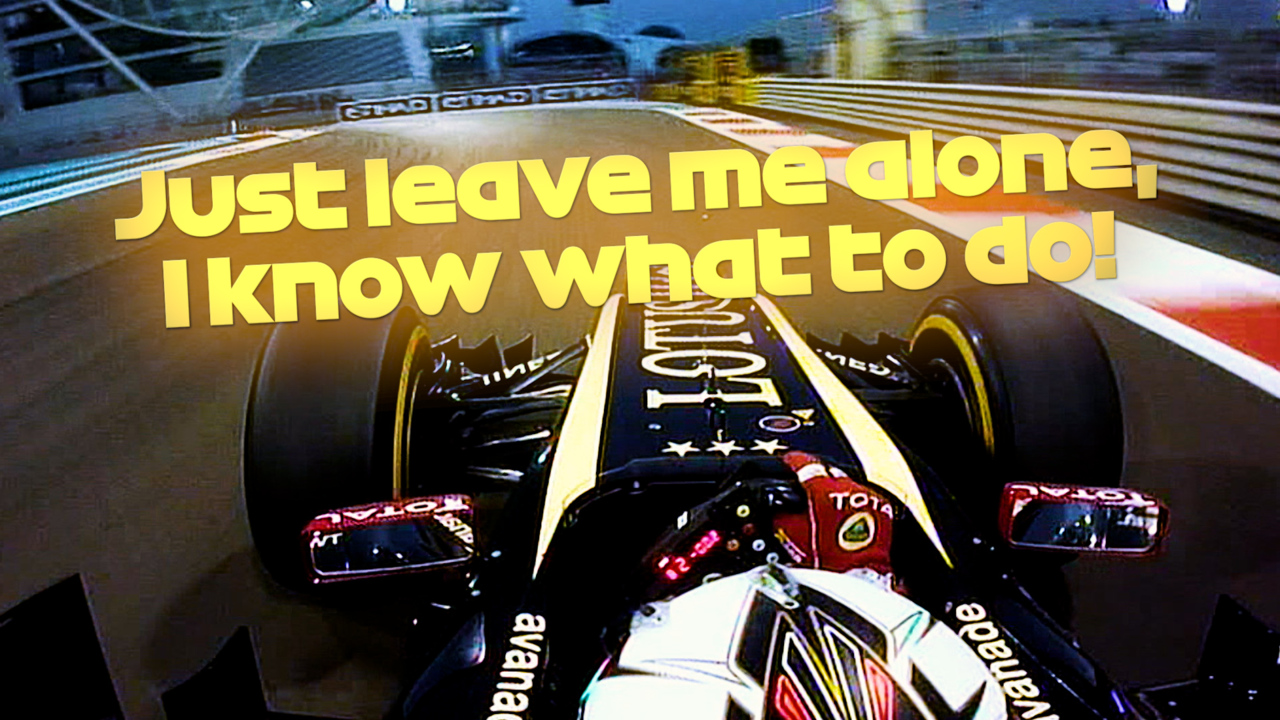 This is what our TeamTalk crew had to say on the live F1 radio the matter:

Sean Stevens: From a fan’s perspective F1 radio is good

It provides entertainment and insight into how the drivers really feel and some of the stress they are under; imagine missing out on one of Tsunoda’s rants, or “Chief Sneak” Russel’s “Please sir, look sir, there’s some jiggery-pokery going on with the car in front”.

It also allows us to speculate whether a message is genuine or meant to misdirect the competition and/or Stewards. Either way, it is another form of engagement for the viewers.

For the teams themselves, it is also good. Trying to stop them “listening-in” will only increase costs as they try to find ways to break into each other’s comms and secure their own. Another option is to get rid of it all together but for the reasons offered already, we would miss out.

From a driver’s perspective, the candid nature of it all can be embarrassing at times – QED Hamilton’s recent expression of his team’s performance at Zandvoort probably went into his top ten of: “radio transmission I wish I hadn’t made”.

In addition, there is one other phenomenon that I can’t prove, but feel has grown in recent years and that is: drivers relying on the team to brief them on flags. As a consequence, maybe they are a little less active in the observing process. No facts, just suspicion. 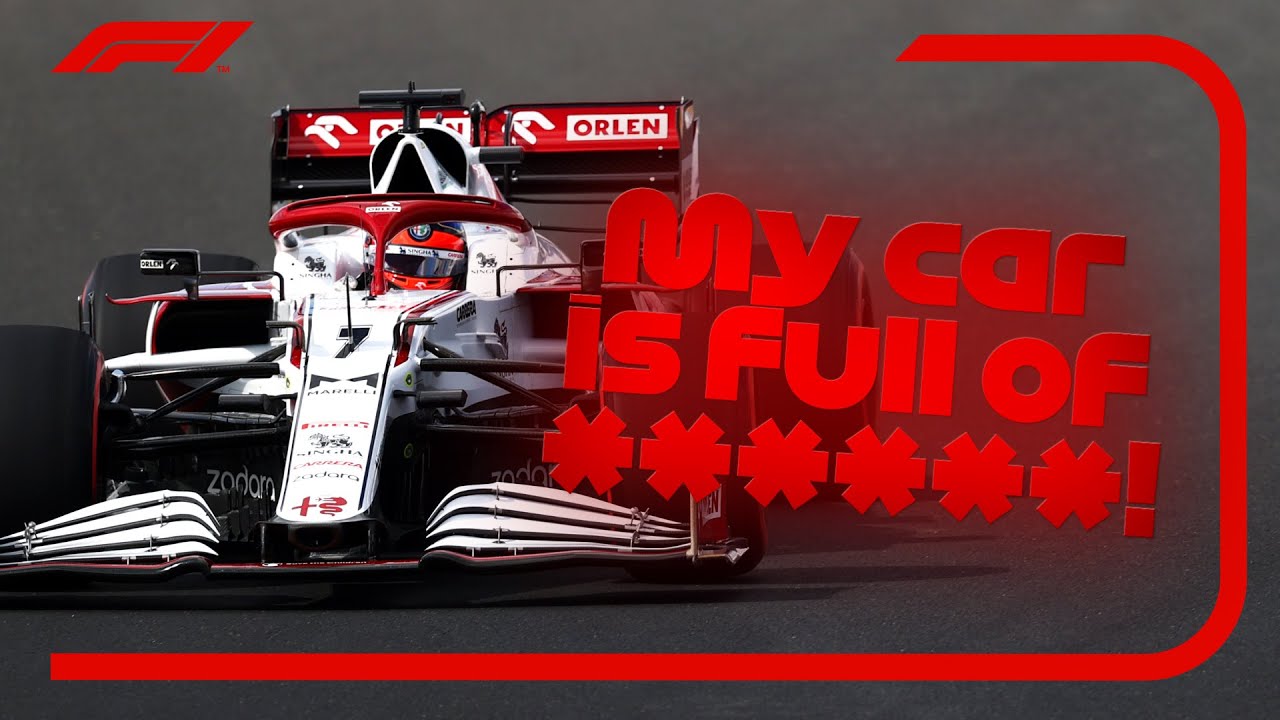 The radio is engrained in F1’s DNA thus private driver to pitwall communication is basically a non-negotiable at this point.

It’s especially important when you consider our current era’s absolute necessity to appease entry-level fans on the basis that Drive to Survive now takes place live and on every day of a Grand Prix weekend. It’s not some off-season filler like it used to be.

I’m not necessarily against broadcasting radio, spoken or written clearly as has been the norm for a good while now.

In fact, we could in theory go even further and offer an R-rated option, no more beeps! Put a checkmark box somewhere there in the settings of the F1TV app and in the words of Mike Helton, let the boys have at it.

There have been many memorable radio transmissions but the inception of explicit content featured over the radio sort of began with Juan Pablo Montoya’s cursing of Kimi Raikkonen at Spa during qualifying for the 2002 Belgian Grand Prix.

Since then, drivers haven’t held back from going as far as telling team members, fans and even Charlie Whiting to f*ck right off.

Although at the same time my ultimate preference would be more one-dimensional. 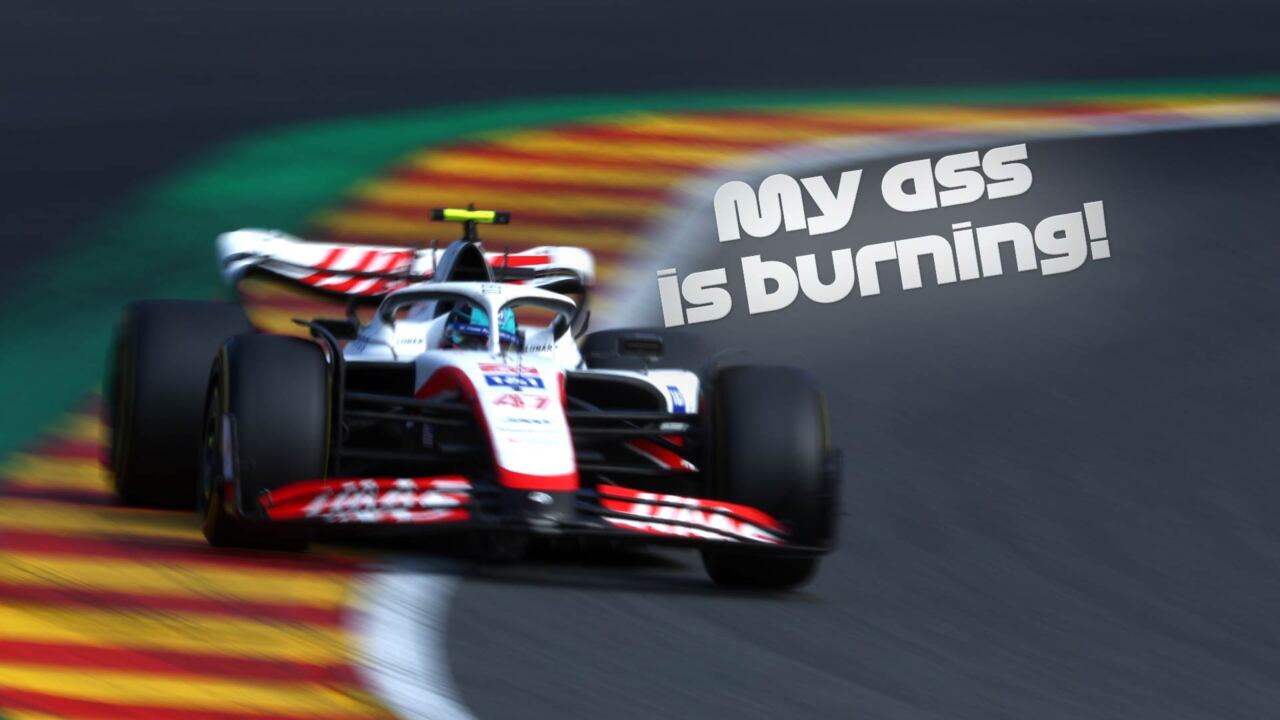 I believe it would be simpler if the engines were so loud that even at a Tsunoda-pitched voice the radio simply didn’t work.

I’d also be onboard with a level of brutality returning to the physical requirement of actually driving the cars, as Nigel Mansell pointed out earlier this year that would make the drivers second guess the need for senseless mid-race banter.

Perhaps we couple the increased physical demand by lining the edges of the circuits with grass and gravel and raise the focus level required in the cockpit.

Ok, let’s just draw a straight line to 2004 regulations and track standards and go back to that shall we? Ah, a boy can dream.

Anyways, if we’re writing out our votes to drop in the FIA suggestion box while keeping in mind the context of the racing today, mine says one-way radio exclusively for the purpose of race control and by default ending driver-to-pitwall communication entirely. 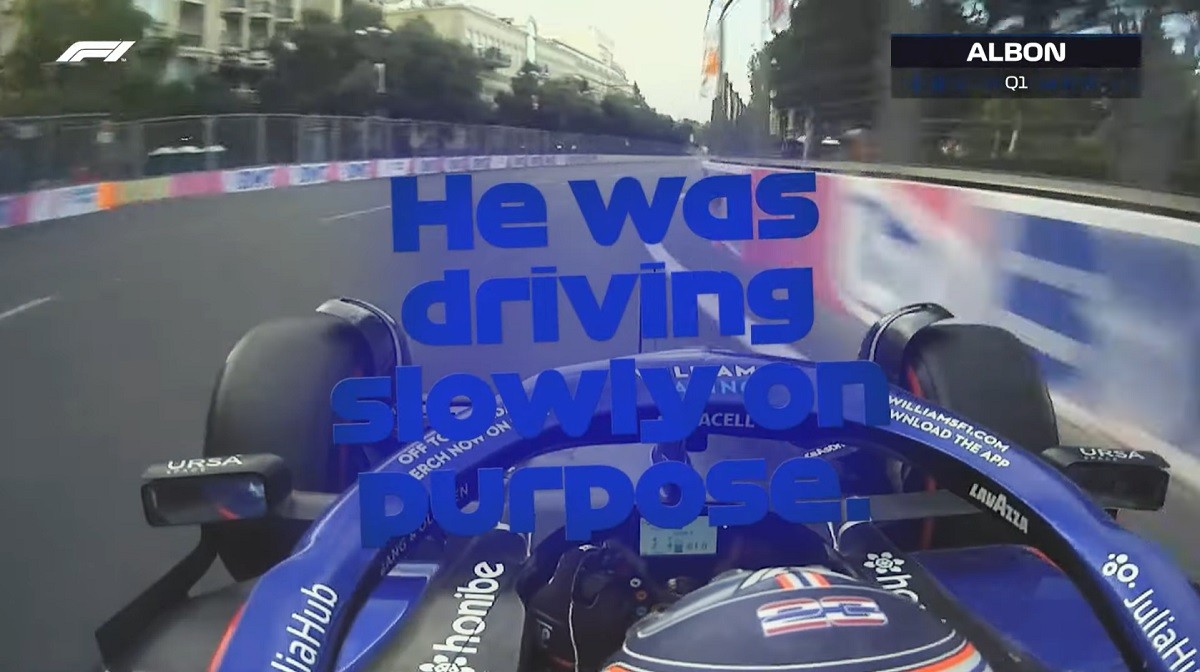 Jad Mallak: Why miss out on what goes on inside the driver’s helmet and on that pit wall?

I think the question regarding broadcasting team radios always comes up whenever a driver or team says something stupid during the race that consequently stirs up reactions, like Ferrari’s recent ongoing strategy discussions, and Lewis Hamilton’s latest rant at his team back at Zandvoort.

Of course, we as onlookers do not get to hear full radio communications in some situations and some discussions might be taken out of context.

But here’s the thing, when Ferrari and one of its drivers has a weird radio discussion about strategy a part of which is broadcasted, and then end up delivering a stupid strategy, how will the broadcasted part then explain their error?

A wrong strategy call is a result of wrong discussions and decision making, and hearing the whole communication will not make the team look better or worse, so the argument that “you are not hearing the whole thing” does not work to be honest.

As for the rants that drivers go on sometimes with some profanity involved, I am of the opinion that emotions do run high in the cockpit and F1 drivers may be “driving gods”, but they are humans with emotions. 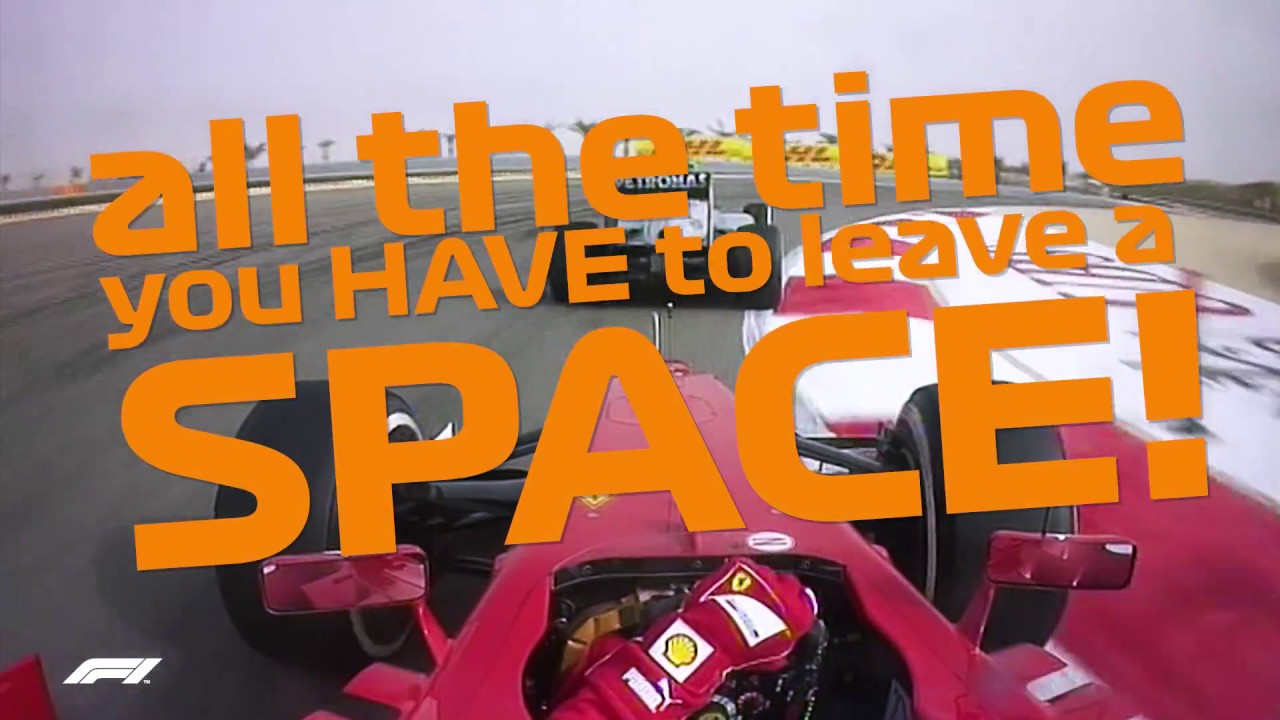 It is expected for drivers to have outbursts every now and then, although such rants are purposely broadcasted to create drama and controversy, there is nothing wrong with it, especially that the only thing we get to hear from drivers and their teams in press conferences and post-race interview is politically correct, PR censored bullshit, so it’s nice hear the human under the helmet speak sometimes.

Honestly, the problem or argument let’s say, is somewhere else. We should not be discussing whether a radio rant should be broadcasted or not, we should be discussing how we look at them as fans, as well as teams and drivers.

Some people forget that they sometimes get upset with their office colleagues and have some colourful exchanges, so why should F1 drivers and teams be any different?

The problem sometimes occurs when the media and fans – keyboard warriors I mean – make something out of nothing, that’s what matters worsen.

In the end, broadcasted F1 radio communications offers us, more often than not, some really great insight into the what goes on inside the helmet and over that pit wall, some they should stay regardless of some controversial ones every now and then. 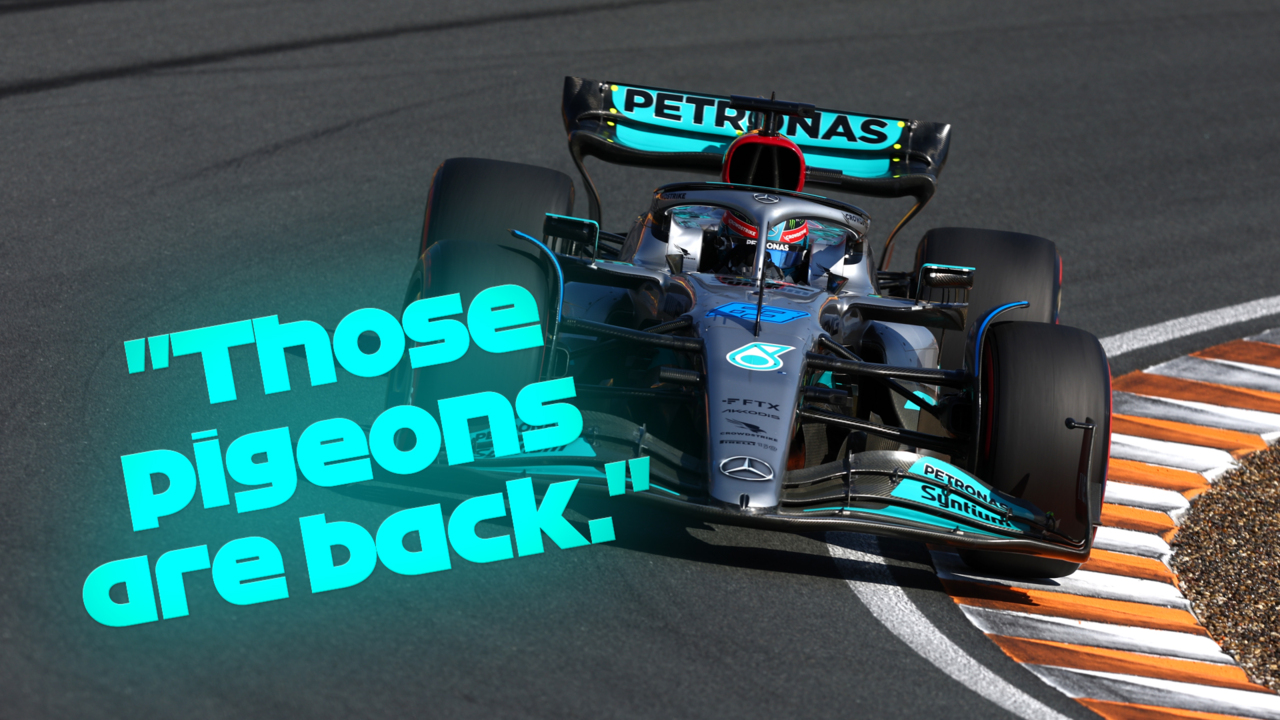 F1 Radio comms? Well unless you’re a rally driver and you need to hear your notes man, is there really a need? No. Don’t think so.

Personally I never had radio comms with the pits in almost 50 years of racing. Except maybe one endurance race. Nobody has ever needed a walkie talkie in a race car. MotoGP is proof beyond proof of that.

But do we want pit-to-driver, or comms vice-versa in F1? Damn sure we do! It just adds so much to a race weekend that it becomes a way of life. No, definitely it must stay. Warts and all.