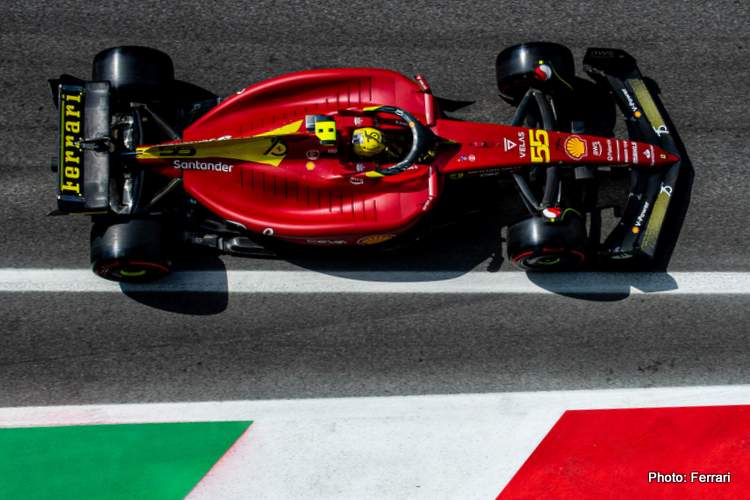 Ferrari got their home race weekend to best possible start, with Charles Leclerc fastest in FP1 and Carlos Sainz topping FP2 on day one of the 2022 Italian Grand Prix weekend at Monza.

The team reported that Leclerc and Sainz worked on different programmes, they both worked on set-up but given that Carlos will have a grid penalty for a change of power unit, he tackled various comparative and evaluation tests. Charles was fastest with a best lap of 1:22.410s on Pirelli soft tyres.

In the FP2 session, the drivers’ programmes were similar, both starting off on Medium tyres although their best times were again set on the Softs.

Sainz was quickest with a 1:21.664 a couple of tenths up on Leclerc, the pair ending the day first and third, with Red Bull’s championship leader Max Verstappen splitting the pair on the timing sheets

Looking ahead to Qualifying, with several drivers, including Sainz and Verstappen, the team acknowledged: “It will be a bit different to usual, however, as several drivers have got grid penalties and this could affect how they tackle the session. Those with penalties might give their teammates a tow which could make a decisive difference.”

Sainz said of his Friday at the office:  “Overall it has been a positive day. We still need to check all the data, but I felt quite comfortable in the car and the package this weekend seems to be working well.

“There is still work to do to try and improve the pace on the long runs, so we’ll look into every detail tonight and try to improve for tomorrow but especially for the race,” reckoned the Spaniard.

Leclerc: The feeling in the car was good. 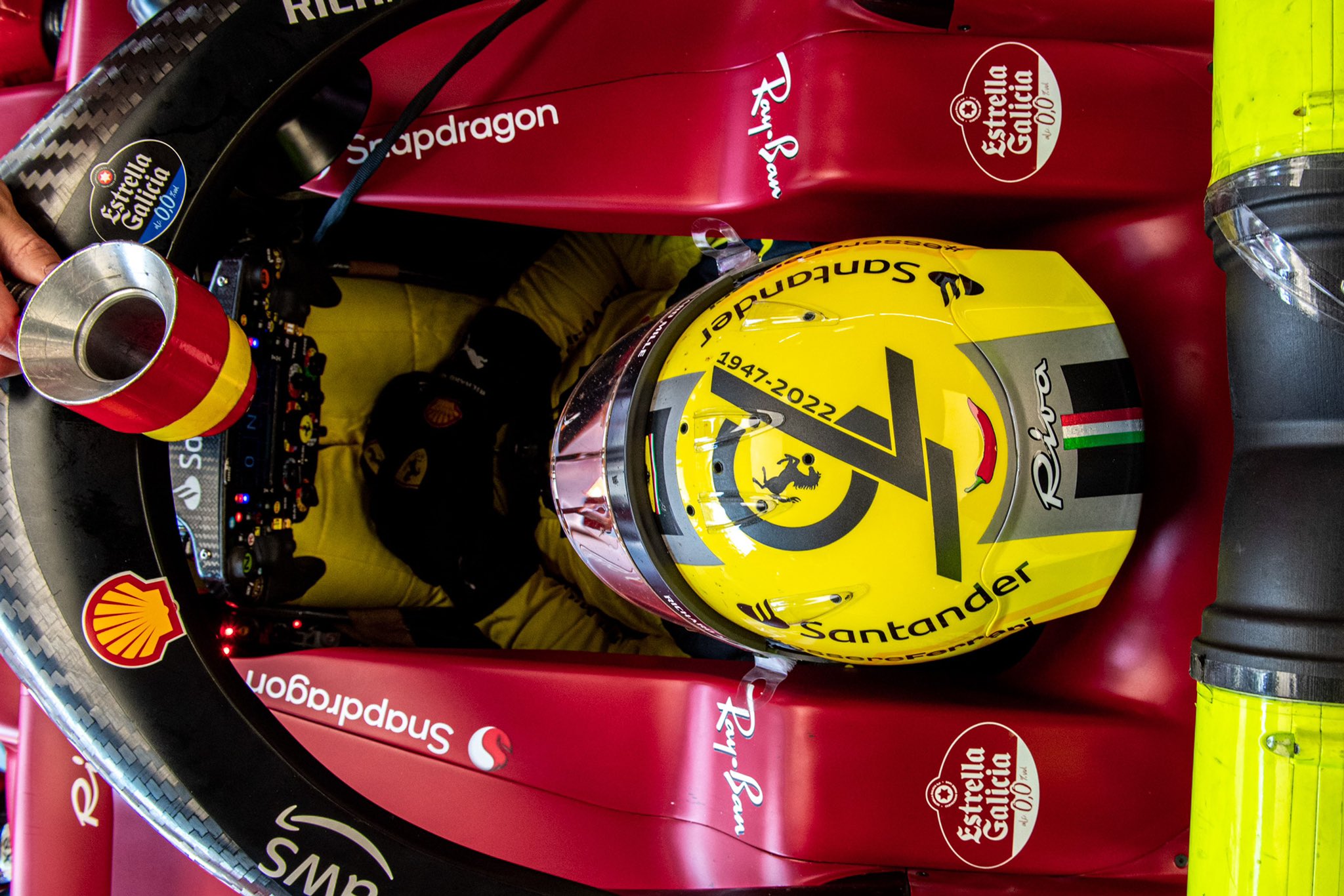 With his teammate facing penalties and not a pole contender, ditto Verstappen and Mercedes driver Lewis Hamilton among the front runners, Leclerc will be pushing for pole, no doubt inspired by his famous win at the Temple of Speed in 2019.

His rivals for the top spot start at Monza on Sunday will be Red Bull veteran Sergio Perez and Mercedes young gun George Russell.

Leclerc reported: “The feeling in the car was good. We still haven’t found the sweet spot in terms of balance, but we tried many different things throughout the day and know which direction we want to go in.

Our race pace looked stronger than our qualifying pace, so if we put it all together there is quite good potential to have a solid weekend,” concluded Leclerc.

Thus the end to a positive first day for the Scuderia. Victory for a Ferrari driver on Sunday will go a long way to soften the blow of their chaotic capitulation in this title race which slipped away from them due to too many pit blunders, driver mistakes, strategy errors and DNFs.

As has been said before, winning at Monza for Ferrari is like winning the World Championship. Not quite, but can they deliver a decent performance in front of the long-suffering Tifosi?