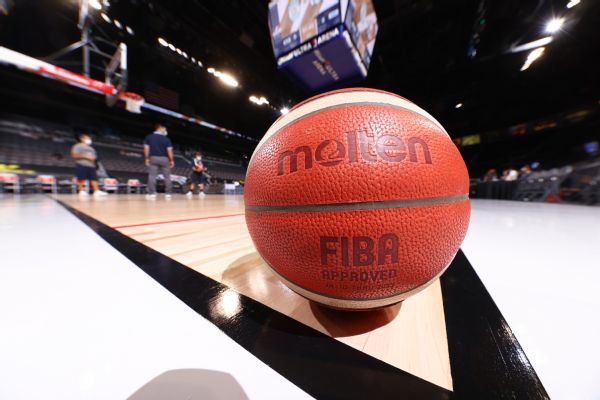 RECIFE, Brazil — Paul Stoll had 15 points and nine assists, and Mexico defeated the U.S. 73-67 on Friday in the opening game of Group C play for both teams at the FIBA AmeriCup.

The loss doesn’t knock the U.S. out of contention, though certainly puts the pressure on the Americans going into their final two games in group stage.

There are 12 teams at AmeriCup, broken into three groups of four. The top two teams from each group are guaranteed berths in the quarterfinals, as well as two of the three third-place teams.

That means the U.S. would still likely reach the quarterfinals with wins in its two remaining group games, and would even have a chance by going 1-1 in those contests.

The U.S. is using a roster composed of players who were most recently on either G League teams or international clubs.

The AmeriCup event is separate from the ongoing qualifying for next year’s Basketball World Cup – which serves as a primary path for teams to earn a spot in the field for the 2024 Paris Olympics.

Juan Tello and Jaime Echenique each scored 17 points, and Colombia used a 16-0 run over an 8-minute stretch of the fourth quarter to pull away from Uruguay.

Uruguay led 59-50 with 9 minutes remaining, before everything went wrong. Uruguay went 0 for 8 from the field with six turnovers during that big Colombia run.

In Group A, Canada plays Uruguay and Colombia faces Brazil. In Group B, the Dominican Republic meets the Virgin Islands and Argentina faces Puerto Rico.

Group C has Saturday off. On Sunday, Panama plays Mexico and the U.S. meets Venezuela.