Hockey Canada has released a plan to combat any “toxic” behaviour in the sport a day before the start of the second round of parliamentary hearings into the organization’s handling of sexual assault complaints.

The plan includes the implementation by the end of September of a centralized tracking and reporting system for abuse complaints. It said the results will be published annually to “hold Hockey Canada accountable.”

The organization will publish an annual social responsibility report, which will include information on complaints received at both the national team and subnational levels and a scorecard based on “key performance indicators.” Hockey Canada said it was in the process of identifying the measures to be included in the scorecard.

We need to do more to address the behaviours that are undermining the many good things the game brings to our country.

With our Action Plan, we aim to do just that.

Hockey Canada did not say what data on the complaints will be made public in the report, but historical allegations of sexual assault will not be included.

Hockey Canada also says it will implement enhanced screening for high-performance players, “considering their behaviour and track record outside of their time with Hockey Canada and outside of the rink.” It will mandate that breaching the organization’s code of conduct or refusing to participate in an investigation could result in a lifetime ban.

The measures are in addition to those announced by Hockey Canada in a July 14 open letter, which came amid intense criticism for the organization’s handling of a sexual assault allegation involving eight players, and settlement of an ensuing lawsuit, following a 2018 gala in London, Ont. A second sexual assault allegation involving the Canadian team participating at the 2003 junior championship in Halifax surfaced on Friday.

None of the allegations have been proven in court.

While it is not known which players were involved in the alleged incident, Global News reached out to the agents for all players on the roster at the time. Several players have since released public statements denying their involvement.

An independent review of Hockey Canada’s governance and a commitment to become a full signatory to the Office of the Sport Integrity Commissioner, a new government agency with the power to independently investigate abuse complaints and levy sanctions, were announced in the open letter.

Hockey Canada also said previously it would create an independent mechanism to handle complaints at the regional, provincial and local levels, which are not covered by the OSIC.

The Standing Committee on Canadian Heritage will hear testimony Tuesday and Wednesday. Hockey Canada had its federal funding frozen and multiple corporate partners pause sponsorships after former chief executive Tom Renney and current president and CEO Scott Smith testified about their handling of the 2018 allegation in a parliamentary hearing on June 20.

Smith and Renney testified the 19 players present at the London event were “strongly encouraged” to speak with third-party investigators, but not mandated to do so.

Smith took over from Renney as Hockey Canada CEO on July 1.

Smith and Renney have been subpoenaed to testify Wednesday, along with the heads of the Canadian Hockey League, Ontario Hockey League, Quebec Major Junior Hockey League and Western Hockey League, as well as Glen McCurdie, Hockey Canada’s former vice-president of insurance and risk management.

The Canadian Press reported on July 18 that Hockey Canada maintains a fund that draws on minor hockey membership fees to pay for uninsured liabilities, including sexual abuse claims. The detail was included in a July 2021 affidavit sworn by McCurdie as part of a lawsuit launched by an injured player in Ontario.

Hockey Canada has since said the fund will no longer be used to settle sexual assault claims.

The action plan says a review of all existing training programs performed by a third-party organization is underway.

Hockey Canada said an independent board will be appointed by Sept. 15 to ensure its plan is implemented. 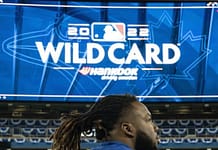