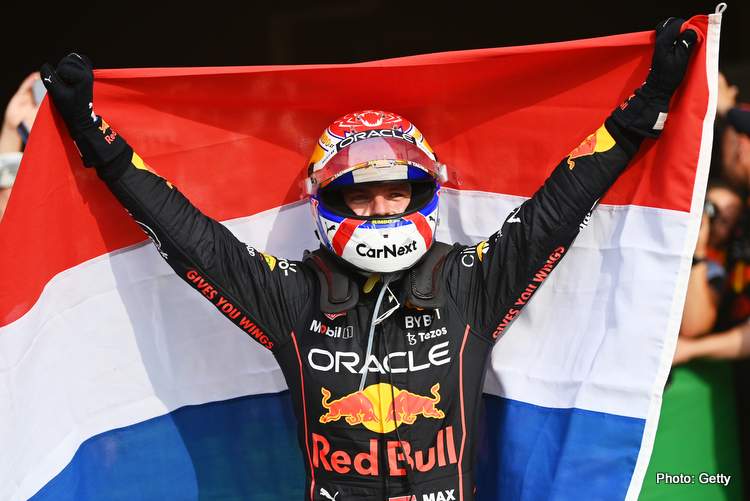 Max Verstappen said he is proud of his Dutch nationality, after winning the 2022 Dutch Grand Prix in front of a passionately supportive Orange Army for the second year in a row.

The reigning Formula 1 Champion won his home race on Sunday, sending into a frenzy the legions of Dutch fans who flooded the seaside Zandvoort track in support of their national hero.

It was not an easy affair for Verstappen and Red Bull though, as they faced a tough challenge for Mercedes who gave them a run for their money, but impressive decision making and composure under pressure and changing conditions meant the 2021 Champion and his team prevailed.

Speaking after the race in Red Bull’s press release, Verstappen said: “Today was quite eventful and not a straightforward race at all, we had to make the right calls and it all worked out well in the end.

“Mercedes were very quick on the harder compound which we didn’t expect, so it made it more difficult for us as we were less compatible with the hards,” he added.

“We managed everything quite well and we made the right calls on the strategy so well done to the Team here and back at the factory.

“It’s always special to win your home grand prix but this year I had to work even harder for it,” the Red Bull ace admitted.

“It’s incredible to win again in front of this crowd, we’ve had unbelievable support here and I’m proud to be Dutch,” he concluded.

Not the best day in the office for Sergio Perez 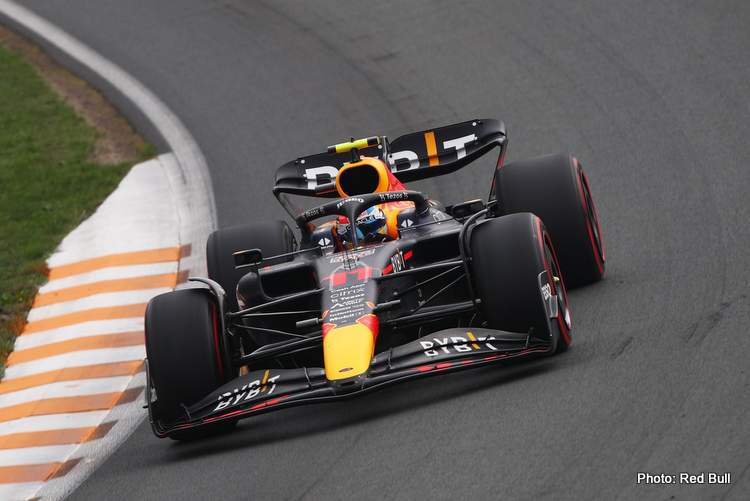 Sergio Perez was miles away from his teammate, and finished the race where he started in fifth, after benefiting from Carlos Sainz’s post race time penalty.

“Obviously this is a great day for the Team but it wasn’t the best day at the office for me,” Perez said. “I struggled with tyre degradation in the first and second stints and I never quite got the balance where I wanted it to be.

“It was a hectic race with incidents in the pit lane but I was lucky that my front wing wasn’t damaged when I drove over the wheel gun,” the Mexican said about getting tangled up in Sainz’s botched pits stop.

“Despite the difficulty I had, we managed to save some good points. There’s lots to take away from today and plenty to understand from our side so that we can come back strong in Monza,” Perez concluded.

Red Bull boss Christian Horner reflected: “This was a huge race with an incredible amount of anticipation and pressure. It was also a tough race strategically. First with the virtual safety car and then of course the full safety car.

“To pit Max in the lead with 12 laps to go, putting him behind two Mercedes, is a big call, but it was the right one, we would prefer to be on the better tyre. However, what you see here is only 10% of the Team, it’s what goes on behind the scenes that really makes this possible,” he explained.

Horner: The team is operating at a high level 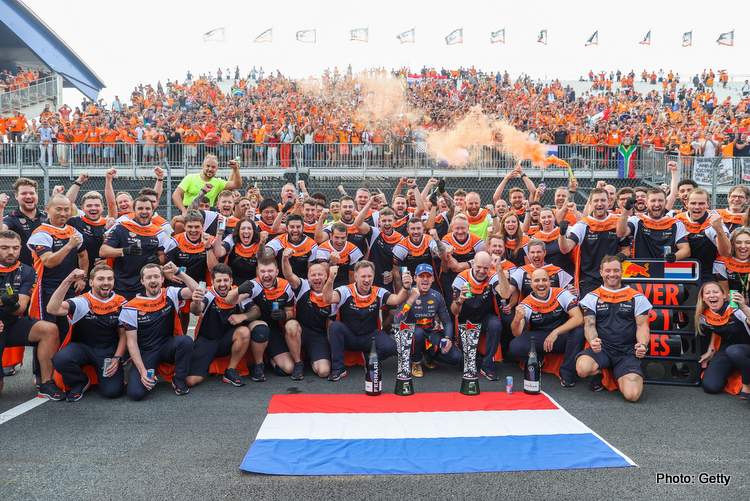 “The Team is operating at an extremely high level and it’s all the support and effort that you don’t see back in Milton Keynes that makes a victory like this possible,” Horner revealed hailing his squad’s efforts.

“All in all, it was a fantastic Team performance, both drivers were in the zone from the moment they arrived at the track,” he added. “Checo was unfortunately jumped at the restart by Carlos and I think in hindsight we should have overruled his preference for medium tyre, but he had a strong race.

“We are in a great position and we are happy, although nothing is done until it is done,” the Briton warned. “We operate one race at a time and we don’t allow ourselves to think too far ahead.

“It’s Monza next week, we are looking forward to it and hopefully can carry this form into that race,” he concluded.

Max Verstappen now leads the Drivers’ Championship from Charles Leclerc by 109 points, as Red Bull lead Ferrari by 135 points in the Constructors’ Standings.