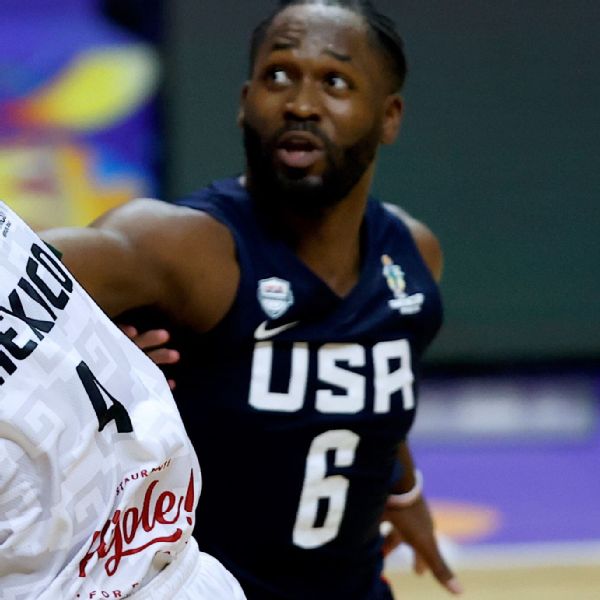 RECIFE, Brazil — The plan Alex Jensen laid out for the Team USA squad sent to the AmeriCup basketball tournament was simple. Get better every day, and let the results take care of themselves.

It seems to be working.

Norris Cole, a former NBA guard who played for the Miami Heat, New Orleans Pelicans and Oklahoma City Thunder, scored 17 points, Craig Sword added 11 and the U.S. notched its first win of this year’s AmeriCup by rolling past Panama 88-58 on Monday. The Americans (1-1) led by as many as 38 points, never trailed and outscored Panama 48-9 from 3-point range.

“We’ve got to peak at the right time,” Jensen, Team USA’s coach, said. “I think we took a step in that direction tonight.”

The U.S. opened AmeriCup with a six-point loss to Mexico and has been rolling since. The Americans led Venezuela 48-21 at halftime Sunday before rain caused some leaks and forced the game to be stopped; that contest will resume Tuesday.

Combine that score with Monday’s effort, and the U.S. has outscored foes 136-79 in its last six quarters.

“I thought we got better,” Jensen said.

Jeremy Pargo — a former NBA guard who played for the Memphis Grizzlies, Cleveland Cavaliers, Philadelphia 76ers and Golden State Warriors after a standout college career at Gonzaga — scored 10 points and Gary Clark had 11 rebounds for the U.S., which will have Wednesday off before a quarterfinal matchup against a to-be-determined opponent.

“We’re just focused on us and who we have to play,” Cole said. “We’re not looking ahead. We’re taking it game by game. I take the scouting report game by game.”

Venezuela (2-0) defeated Mexico (2-1) on Monday, which opens the door for the U.S. to win a three-team tiebreaker and end this stage atop Group C.

The Associated Press contributed to this report.