This is probably the hardest Inside Line I can remember writing. I have pondered the aftermath of the 2022 Saudi Arabian Grand Prix and finally here are my personal conclusions and opinions on a weekend that should never have been.

The elephant in the room and pretext to the whole saga is of course the billions of dollars Saudi spend on F1. Unlike Russia where it was easy to switch it off and count the costs, knowing they could minimise losses as other venues bid to host Round 17.

But no one will outbid the Saudis whose dollars spent will amount to billions over the next decade and a half. Nevertheless, F1 should not have held the race in Jeddah for too many reasons.

All of us had to be shocked as we witnessed a Houthi rebel missile strike an Aramco fuel depot, within sight of the track while FP2 was happening, plumes of thick black smoke rose in the background.

The message clear from the rebels: We are at war. You are playing in a warzone. We hit the Aramco fuel depots nearby but we could’ve made the bullseye the Aramco VIP hospitality area on the Jeddah Corniche.

A Dubai-based buddy and pro photographer covering the event had this to say to me on WhatsApp:

Inadvertently, Lando Norris echoed the sentiment when he told reporters in Jeddah: “Under any circumstance all we want to do is race. But it is a nervous place to be and you are going to have these nerves and that is why we had the discussions we did.”

Seven-time F1 World Champion Lewis Hamilton had stronger words: “I am so happy the weekend is done and I am also just so happy that everyone is safe. I am looking forward to getting out.”

Maybe had he won he would be singing a different tune, so this one is from the heart with defeat as a pretext. But still not much reading between the lines to realise that the Champ was uncomfortable and jetting out ASAP.

But the reality is this. F1 shouldn’t have even landed in Jeddah in the first place.

Why? Let’s rewind a little, when shortly after Russia began the war in Ukraine on 24 February, the sport and its drivers were fast to declare: No War. Axing the Russian Grand Prix, destroying Nikita Mazepin’s F1 career, and drivers posing with those “No War” T-shirts they forgot to wear in Saudi.

Forgot? Yes. Because Saudi has been in a war (invasion) of Yemen since 26 March 2016. It is a warzone. Rocket and missile attacks are frequent, daily at times, as it tends to be when nations are fighting one another.

Sportswashing is as old as the hills, a familiar tactic deployed by tyrant regimes 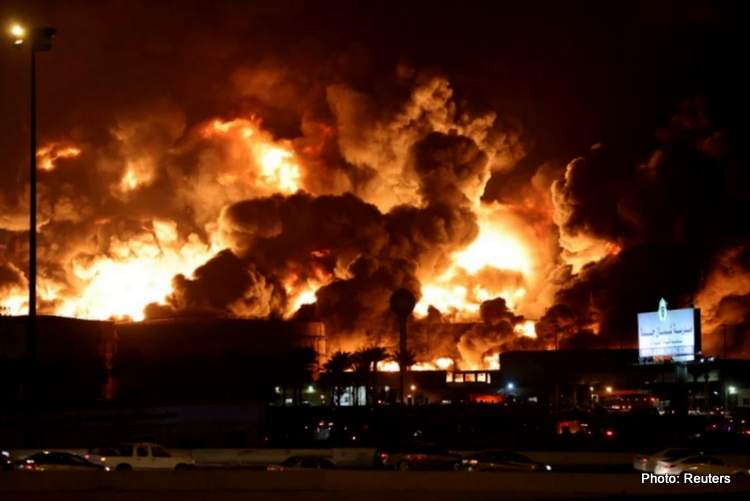 Thus, like Russia, why are we racing in Saudi? Why are there big sports and cultural events held in Saudi? Are they instruments of change as is claimed? Or merely a cover-up? Sportswashing at its finest.

And this is not a new concept. Adolf Hitler used the Olympics and numerous cultural and sporting events as he built the Nazi party. Even the Silver Arrows were used by the propaganda machine of the time to further the cause.

Apartheid South Africa did the same thing, and I experienced it. Rebel sports tours and F1 – which I covered as a photographer – gave it a sense of credibility until the regime collapsed.

Sportswashing and using international events to sugarcoat the image are rife in Saudi, who literally pour huge money into these projects which are lapped up by mainly western sports and movie stars, as well as international sporting organisations from FIFA, through to the FIA and most other pro sports.

F1 of course still remains top of the money-grabbing pile, even long past the Bernie Ecclestone and his no-qualms-show-me-the-money era.

Why is it still unacceptable? Because like all of us they are being hoodwinked. Consider this:

On Saturday, 12 March, on the day we were (cracking a bevvy or tucking into popcorn or firing up a BBQ) to watch free practice, during the Bahrain Grand Prix weekend, those 81 people were put to death.

When F1 chief Stefano Domenicali heard that Saudi Arabia had just executed 81 people for their political beliefs without a fair trial according to the United Nations, what did Domenicali do?

Did he call and ask: What has just happened? What about those reforms? Turning a new leaf?

On the eve of our race the message from the Saudis appears to be: We pay, you race… No matter what. Our way or the highway. Money talks, so STFU.

Domenicali did not shut up but became the poster boy for defending F1’s right to race where they please, naively suggesting F1 is actually helping with reform. Thus he jetted in apparently unperturbed that the “No War” T-shirts, of a week ago, were nowhere to be seen.

And to make matters blatantly obvious a missile was launched into those Aramco silos for everyone to see that it is actually a warzone on Friday.

Domenicali: We are not blind 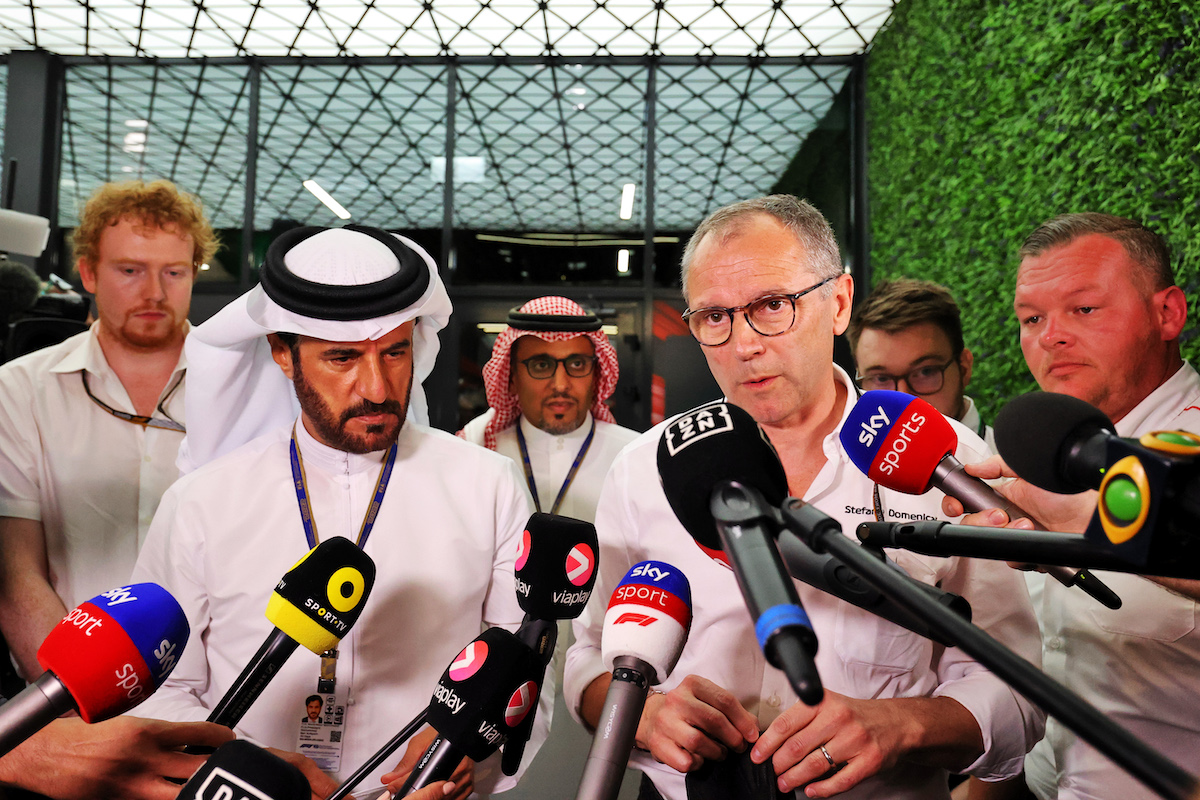 Domenicali spewed this narrative on Sky F1 (bullshit in bold): “We are not blind, but we don’t have to forget one thing: that this country, also through F1 and the sport on which we believe, is doing a massive step forward.

“You cannot pretend to change a culture that is more than a millennium in a blink of an eye. The resources they’re putting in place to move forward you can see here.

“Don’t forget, a couple of years ago, women couldn’t drive, and they’re here on the grid, cheering the kids. They’re partying, they’re seeing the sport, they are changing a lot of laws in order to make sure that this is happening.

“I do believe that we are playing a very important role in the modernisation of this country,” concludes Domenicali. This was repeated and said in wake of nearby missile attack and the 81 executions less than a week before practice in Jeddah.

“We are playing a very important role in the modernisation of this country.”

Stefano Domenicali says that F1 being in Saudi Arabia is having a positive impact but that you can’t change cultures in the blink of an eye after the attack on an oil depot close to the Jeddah circuit. pic.twitter.com/DP1mP9edX7

In my book, that’s a massive step backwards if any at all. By all accounts, that’s a normal weekend in Saudi. Sometimes more high profile like this weekend or around big events. But missiles flying through the skies are part of daily life.

And let’s not beat about the bush, if the regime was seriously reforming the headlines this past weekend should have:

Now that would have been reform and fully worth the trip. Instead quite the opposite. The executions happened. Missile attacks continued.

While this was about Saudi. And also Russia. It should apply across the board: if a country is officially at war as decreed by the United Nations (while I don’t care about the other sports being whores to money) I do want Formula 1 to do the right thing and not race in such countries no matter the financial pain.

Until that happens there should be no Saudi Grand Prix, for the same reason, there is no Russian Grand Prix.

In closing, I cannot lie, I do write this with trepidation as shooting the messenger is not an uncommon practice these days, but for me personally, it is no different to being physically shot at covering the crimes of apartheid as a photographer.

Now decades later as Editor of this site, nothing has changed, the need to do the right thing prevails, we as a community of true F1 fans cannot sit on the fence on this one. What will be will be. 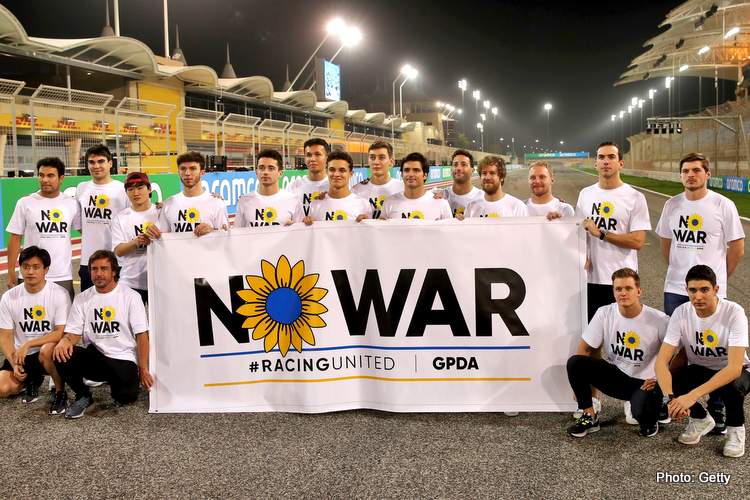