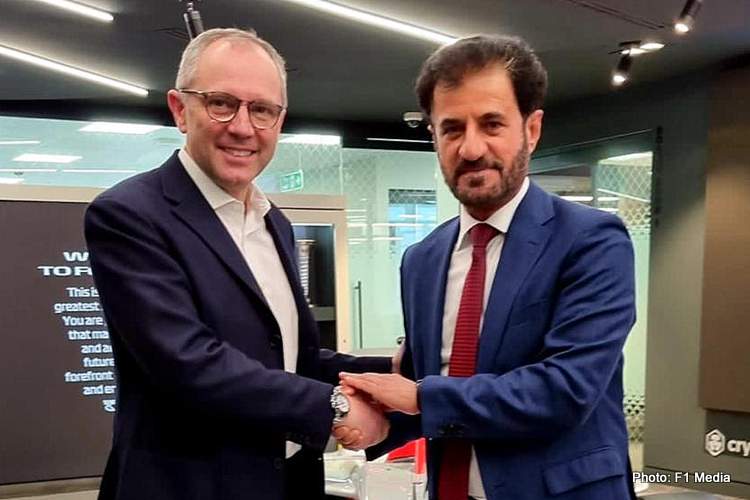 In October of 2021 Formula 1 news website grandprix247.com, for which I am a technical journalist, published an open letter addressed to the FIA that I authored requesting that public access to F1 Technical Directives be considered.

In this letter, I pointed out that during the progression of the 2021 season several directives had been issued and that with the increasing popularity of the sport it was becoming increasingly more relevant for F1’s consumers to understand how the sport was regulated from a technical perspective, and why.

In my letter, I also reminded the FIA that in 2013, then FIA F1 Race Director, the late Charlie Whiting openly admitted in a broadcast interview with Martin Brundle that he knew of no reason why F1 Technical Directives should not be accessible by the media and that the FIA had discussed this possibility in a positive manner several times previously.

Article 1.3 of the FIA Statutes says:

“The FIA shall respect the highest standards of governance, transparency, and democracy, including anti-corruption functions and procedures.”

In fulfilment of the FIA Statutes and in this instance; the best interests of transparency and fairness would only be served by allowing access to Technical Directives for the media.

In response to my letter, GrandPrix247 was informed shortly after by the FIA’s then Director of Communications that our request was being taken under consideration, and in late October we were informed by the FIA that from that time onwards all directives would be available on the FIA’s website.

It was not until earlier on in this 2022 Championship season when the FIA issued Technical Directive 039 to address vertical oscillations that it had become clear that rather than honouring its commitment of allowing the media access to Technical Directives via its website, that the FIA had actually reneged, and as per the published Race Director’s Event Notes for every Grand Prix, Technical and Sporting Directives are only available via an index file only available on the FIA’s secure FTP server (SFTP), which is only available to approved personnel, which appears to be restricted to team, FIA, FOM, and supplier personnel.

When I contacted the FIA Director of Communications about the fact that even though access to Technical Directives for the media was agreed to but not honoured, I was informed that the person who had agreed to grant the access, Mr. Peter Bayer, had left the organisation and that the person replacing him in his role would revert back to me soon, and that I could liaise with two other FIA officers to follow up, and provided their contact details.

Disappointingly, and contrary to my numerous attempts to follow this matter up with the appropriate people, I have not received any response, and I can not help but feel that this matter has now fallen on deaf ears within the FIA.

Hence this open letter, to restart the process all over again as who to contact within the halls of the newly staffed FIA is the stuff of needles and haystacks.

Frustratingly, and compounding the matter further, is that in recent weeks as Technical Directive 039 has been under intense media scrutiny, several larger media organisations have freely reported in their articles that they have secured access to copies of the directive, giving them what can only be described as an unfair advantage due to the detail in which they can report the matter whilst we at GrandPrix247 and others are precluded from having access to it.

In the pursuance of the FIA Statutes of high standard governance, transparency and democracy, as I discussed earlier, and fairness and openness, and as equally importantly in the interest of the sports greatest patrons, the fans, I ask once again that the FIA give my request to grant free access for the media to F1 Technical Directives the due consideration that it deserves, and to honour once and for all the commitment made in correspondence with me for this to happen.

The best interests of the sport of Formula 1 would not be served and is a blatant lack of transparency towards the consumer, the fans.

It would be appreciated if this letter is given the prompt attention it deserves and acknowledgement of receipt as soon as possible.

Please note that this will also be published on the grandprix247.com website as an open letter.