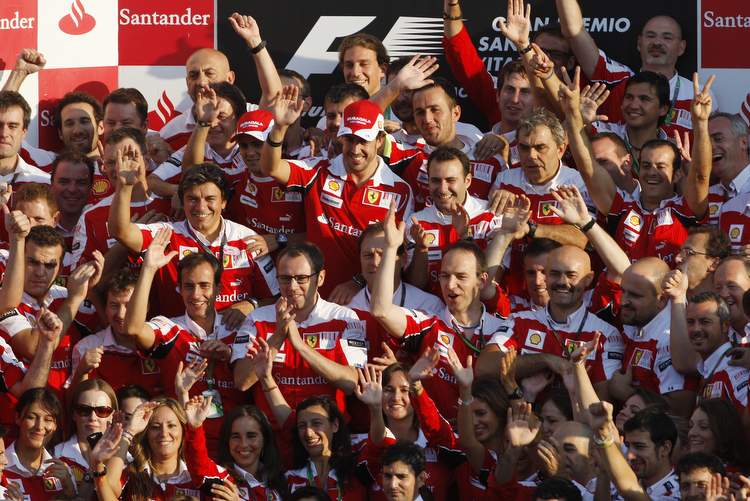 Being a Ferrari driver in Formula 1 must be just about every youngster’s dream, driving in those Red cars at Monza is arguably the finest fantasy an aspirant racer can delve into, three drivers who have – Sebastian Vettel, Fernando Alonso and Charles Leclerc – spoke about the experience.

First. Why is Ferrari the greatest teams in F1 history? Apart from the countless legends that have raced the iconic F1 cars Made in Maranello, the Scuderia have 16 constructors’ F1 world titles, 15 drivers’ titles and 242 victories to their badge.

Of the trio, Alonso was at Ferrari’s first of the trio and came closest of all to winning an F1 drivers’ crown that eludes them since 2007, when Kimi Raikkonen did the business. A year later the Finn and Felipe Massa brought home the 2008 F1 constructors’ title; their last in the top flight.

Looking back, it all started incredibly well for the Alonso-Ferrari ‘made in heaven’ marriage as the Spaniard, in his debut for the team, romped to victory at the 2010 Bahrain Grand Prix and then hit a glorious ‘home run’ by winning at Monza that year.

Speaking to reporters, ahead of the 73rd edition of the Italian Grand Prix, and seated with Leclerc and Vettel in the press conference at Monza, Alonso shared his thoughts on his Ferrari at Monza experience.

“It’s an extra motivation but never a pressure,” ventured Alonso. “Your performance is not affected by this and if anything they give you extra, so I think it’s one of the best moments of the year for sure.” 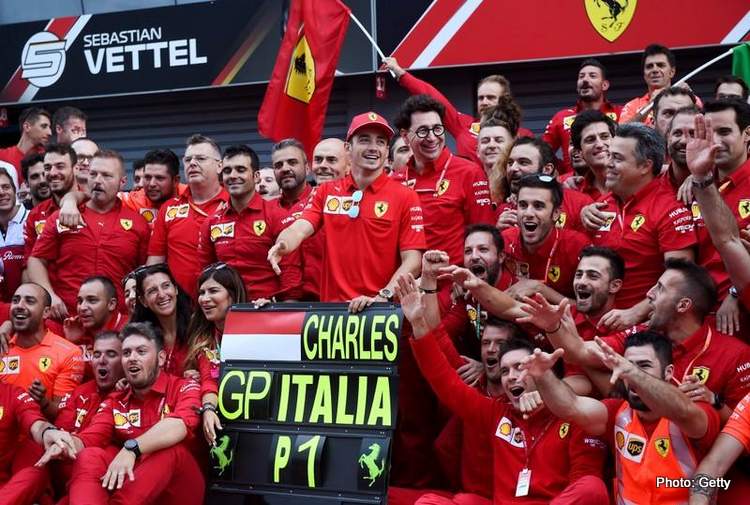 The Monegasque also experienced victory at the Temple of Speed, in 2019 he sent Tifosi into raptures by winning the race: “For me, it’s pure pleasure. Of course you can feel the expectations.

“Whenever you are doing the events in Milan, especially, you can see that everybody in the city is behind you, is behind Ferrari and have high expectations but it’s part of it. And I take it more as a motivation, more than an added pressure but it’s incredible.

“Even to get out of the hotel it’s pretty difficult to come to the track. I guess it’s similar for the drivers but when you are Ferrari there’s this little bit more but that just feels really, really nice.”

Vettel, who ironically denied Alonso the 2010 F1 title that night at Yas Marina Circuit, and then ‘owned’ F1 for another three years before going on to replace the Spaniard at Maranello when that love affair went south.

The German, who won his first Grand Prix at Monza back in 2008, poked fun at Leclerc with his response: “I’ve never had the problem with coming out of the hotel but maybe it’s Charles’ good looks that make him so popular!”

Before adding on a more serious note: “No, I think it’s an extreme pleasure, it’s an honour and I think from what I had experienced in all these years, is just… they’re happy for you to drive the red car and push you on.”

Vettel: Ferrari fans love you whether you have good or bad races 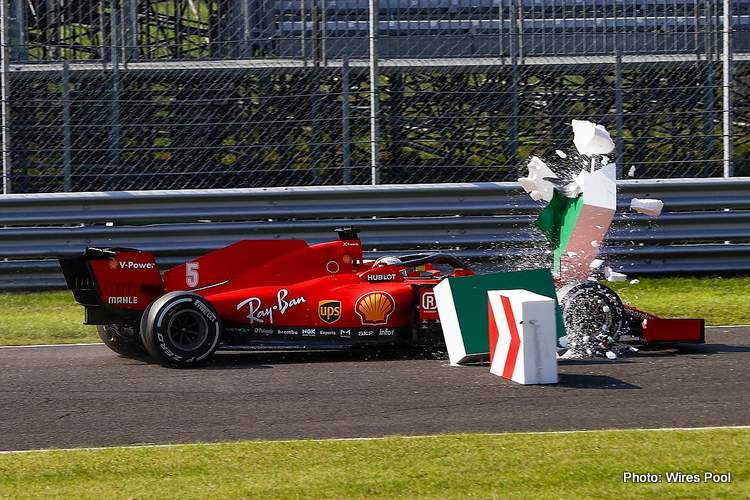 “I’ve had races and bad races,” said Vettel. “They seem both times equally excited. For sure they love you to be on the podium and meet you there and love Ferrari to do well but even if you don’t… it’s not like they start to hate you, there’s still a lot of love and support.

“So it’s a great feeling as a driver to experience,” added Vettel, a three-time winner at Monza but only with Toro Rosso and Red Bull, never as a Ferrari driver.

Ferrari have a special livery with yellow splashes in honour of Monza’s 100th anniversary as a race circuit, the drivers will have yellow suits and lots of bright yellow merch has been launched on the team’s store website.

But the famous team are in crisis, the laughing stock of the plane for their fumbles and unique strategy decisions, a team that romped off to a great start to the season, faltered badly on all fronts. Driver errors, pit crew cock-ups, strategy fails and reliability issues.

However, team boss Mattia Binotto remains resolute that nothing needs changing in his team, the fiasco is merely part of the journey to the top for a the oldest team in the sport. No surprise rumours are doing the rounds that things could be changing at 43, Via Alfredo Dino Ferrari.

No surprise if there is a revolution as the in-denial team boss seems unaccountable in this age of John Elkann’s invisible tenure as Chairman of the glorious marque. 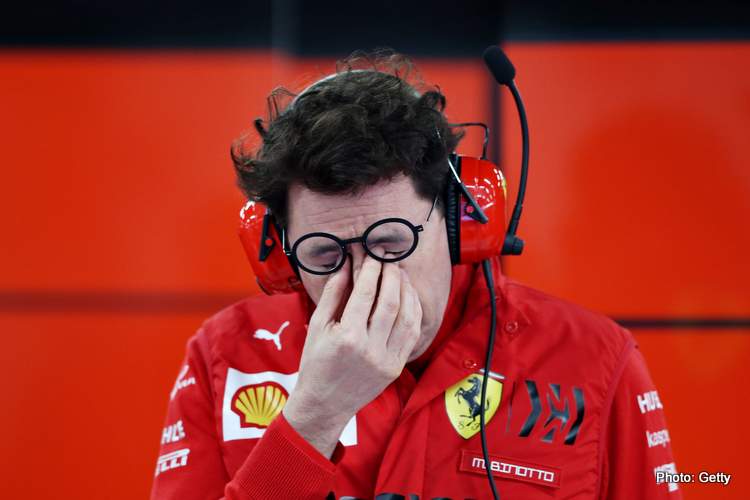 Inevitably, with passion high for their sports (soccer and F1) the rumour mill cranks up around Monza time; the one in focus surrounds Binotto facing the axe [Editor’s Note: News to us too] hence the trio were asked about dealing with the speculation when driving Ferrari.

Alonso, who raced for five years in Red, recalled how he dealt with gossip: “In my case, I never paid too much attention to rumours so all these things when you are in Ferrari…

“When you’re in Formula 1 in general you have to perform, if not things will change. It’s the same for drivers, mechanics, designers, and bosses. There’s a huge pressure. This is not a charity event. This is professional sports,” declared the Alpine veteran.

Vettel, himself a victim of rumours and speculation during his time with the Italian team, added: “I think you when you race for Ferrari in Monza, in Italy then you will be confronted with rumours, but like Fernando said rumours are rumours.

Leclerc: We are very united as a team 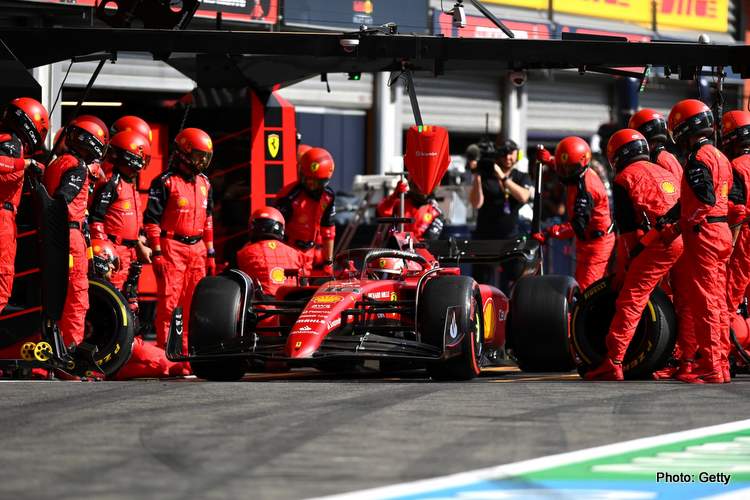 Leclerc, who lies second in the 2022 F1 drivers standings, echoed his peers: “There are always rumours around a F1 team and especially with Ferrari but I think that what is most important in those moments is not to get distracted with whatever is being said around.

“We are very united as a team and I think we need to keep on going like this. We’ve shown that we’ve been great from last year to this year doing this type of performance and we need to keep working in that direction.

“Obviously taking off all of these outside rumours. I didn’t hear that one in particular, but obviously we just have to focus on our own job,” concluded Leclerc.

Reportedly, Piero Ferrari once said that “winning the Italian Grand Prix at Monza is as big as winning the F1 world championship.”

Thus if Lady Luck, the Gods, Finger of Fate or whatever combine to be nice at Monza and grant Binotto a lifeline of a perfect mistakes-free weekend, and victory of course, may make losing this F1 title to Max Verstappen not be as bad as it could be should Red Bull trounce the Reds at the Pista Magica on Sunday.