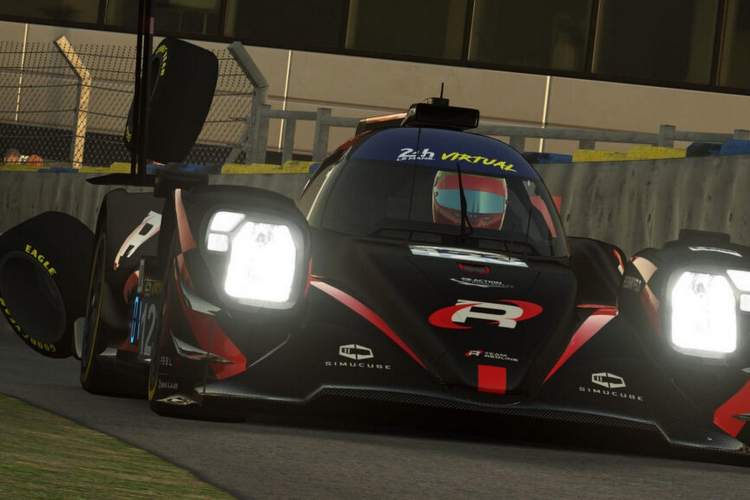 Formula 1 world champion Max Verstappen made a fast start to the virtual Le Mans 24-Hour race on Saturday, setting the early pace and leading before crashing the Team Redline LMP2 into the tire wall.

Amid the aftermath of becoming 2021 Formula 1 World Champion, Verstappen was back behind the wheel but this time his rig at home as he competed for the sim racing version of the virtual Le Mans 24 Hours run by Motorsport Games and Le Mans organisers ACO on the rFactor 2 sim racing platform.

Verstappen started the biggest event in sim racing for Team Redline, up against formidable line-ups of real racing drivers and sim racers competing for the top prize of $125,000. His teammates were IndyCar and former DTM driver Felix Rosenqvist as well as two sim racers, Atze Kerkhof and Max Benecke.

Their number 123 LMP2 virtual Dallara colours started from second place with Verstappen doing the first stint for the team, duly taking an early lead and pulling away from the chasing pack.

In the first few hours of racing, Max and his teammates were in control, having established a handy lead but when the sun went down (in the virtual world!) with seven hours of racing on the clock, Verstappen – perhaps distracted by a pitting GTE car.

Through the Ford chicane complex, just before the start and finish straight, Verstappen hit a curb too hard, the car slithered and slammed the pixel tyre wall which destroyed his virtual car. Two wheels lost, game over even in the virtual world!

That brought an early end to his team’s involvement. It will have disappointed the Red Bull ace who is passionate about sim racing and is among the best in the world. This one was there to win.

It was also bad news for the Mercedes camp when ex-DTM driver Daniel Juncadella, driving for Lewis Hamilton’s team accidentally shifted down a gear too far during braking and, just like in the real world, the engine expired!

This edition of the race included the likes of IndyCar champion Alex Palou is in the field along with double Indianapolis 500 winner and former F1 racer Juan Pablo Montoya, two-times F1 esports champion Jarno Opmeer and an all-female W Series team.