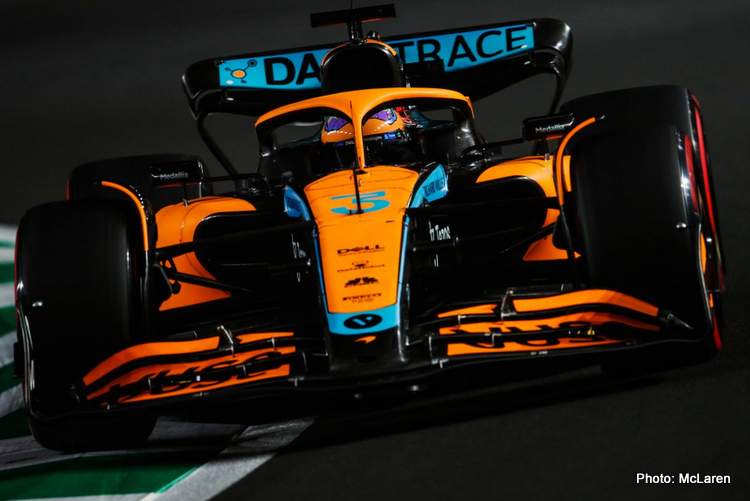 The Australian qualified his McLaren 12th fastest, failing to get into the top ten, but over the course of Q2, he got in the way of Alpine’s Esteban Ocon who was on a flying lap, and was forced to abort his lap.

The stewards investigated the incident after qualifying and as per “Document 40” published on the FIA website after qualifying found that “Car 3 impeded Car 31”, i.e. Ricciardo impeded Ocon.

The document added that Ricciardo claimed that he did not see Ocon coming and that his team failed to notify him of the Frenchman’s approach, as McLaren’s representative admitted “they had made an error in not warning
their driver” about Ocon.

Ricciardo was given a three-place grid drop as a result, and McLaren were fined €10,000, despite Ocon being unaffected and going on to qualify fifth.

Ricciardo, however will start in 14th instead of 15th, as Mick Schumacher will not be taking part in Sunday’s race following his horrible qualifying crash on Saturday.

It was a shame for the Australian to get the penalty, as he got closer to the top ten this time, as McLaren still struggle with their MCL36,

“We can be more positive with this result as a team,” Ricciardo said in the team report. “A week ago we weren’t in this competitive position, fighting for Q3.

“Both cars were about a tenth off. I think it’s been a smoother weekend for us, so hopefully tomorrow we can execute a good strategy and try to get into the top ten.

“It’s good to hear that Mick is OK after a big impact. We’re wishing him a quick recovery and look forward to seeing him back,” the Honey Badger concluded.

His teammate Lando Norris who qualified 11th added: “Today was much better. There are more positives to take since Bahrain and, realistically, we should have been into Q3.

“There were few areas where we could have been quicker, which cost us getting into Q3. There was a lot of traffic and people doing warm-up laps, which made it difficult to put a clean lap together, but I also made a mistake. We had a better day today, and I think we can aim for some points tomorrow.”

“Finally, it was good to see that Mick was okay, we’re wishing him well and a speedy recovery,” the Briton concluded.

Tomorrow, we fight for points from the midfield.