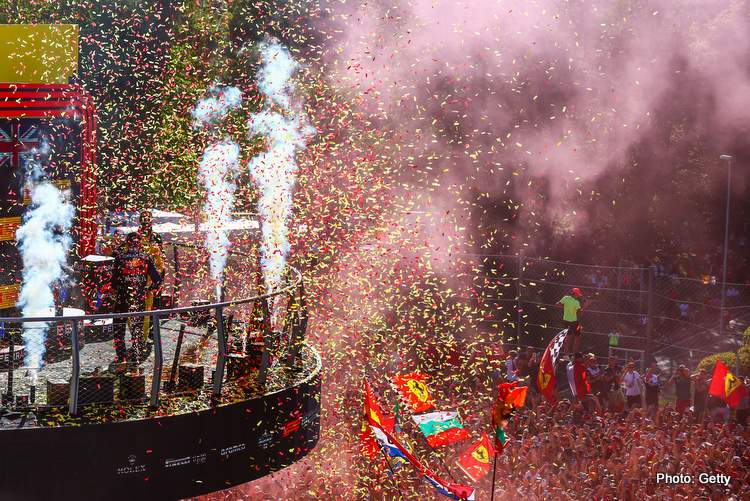 The last six laps at Monza were spent with the field following the safety car, with Ferrari’s Charles Leclerc behind Verstappen and any hopes of a home win for the team disappearing.

Boos broke out at the finish and during the podium ceremony when Verstappen stepped out above a mass of mostly Ferrari supporters.

“Booing a driver is never great,” Binotto told reporters. “Max was the fastest driver on track and deserved the win, so that (the boos) was not good.

“I think the booing from our tifosi (fans) was more toward the FIA,” he added. “The tifosi or the people out there believe the safety car could have been ended before and give still a couple of laps for the show, for battles on track.”

Binotto said the FIA needed to do a better job with the safety car. Verstappen won his first Title in Abu Dhabi last year when the safety car was deployed late in the race, which was re-started without the usual procedures being followed and triggering a huge controversy.

Red Bull boss Christian Horner defended the FIA’s now-departed race director Michel Masi then and was consistent on Sunday. He argued there was plenty of time to remove Daniel Ricciardo’s stranded McLaren and renew racing.

“It was disappointing not to win under racing conditions because it sort of goes against everything we talked about over the last years,” Horner told reporters.

“Nobody wants to see a race finish under the safety car like that. It felt like there was enough time to get the race going again.

“We would have preferred to win the race under racing conditions and you could hear the displeasure of the crowd at the end there because it just felt like everybody had been robbed of that finish.”

Horner said the safety car was out of position, arriving in front of George Russell’s Mercedes rather than Verstappen, delaying matters.

Horner said the FIA should have stopped and re-started if they had known there would not be enough time to finish normally.

The FIA said in its defence that every effort had been made to resume racing but marshals were unable to get the McLaren into neutral and push it away.

It said the incident was not significant enough to halt the race, which ended under procedures agreed with all competitors.

Mercedes team boss Toto Wolff agreed the rules had been followed saying: “If one is not happy with the regulations, and you want to have a big bang show and two laps of racing and mayhem, I think I’m absolutely up for it.

“But then we need to change the regulations,” he added. (Reporting by Alan Baldwin)