Arsenal announced that Beth Mead ruptured her ACL during Saturday’s 3-2 defeat to Manchester United. It is a big blow for the player, whose participation in next summer’s World Cup will be in serious doubt. It’s a huge blow for Arsenal to lose one of their most productive attackers too.

Mead pretty much always starts for Arsenal and that has been the case for four seasons now. She is crucial to Jonas Eidevall’s counter pressing game, Mead is one of the best pressing forwards in the business. So what are Arsenal’s options in her absence?

Well, ordinarily Lina Hurtig would come into the team and either play on the right, or else play on the left with Caitlin Foord shuffling over to the right flank. Hurtig is currently injured too and it’s almost certain that fatigue was a contributory factor to Mead’s injury, with Arsenal left with only Foord and Mead as senior wide options in recent weeks.

This has been exacerbated by injuries to Rafaelle and Leah Williamson, meaning Steph Catley has been needed at centre-half and Katie McCabe at left-back. McCabe usually figures as part of the wide forward rotation too. Eidevall has spoken before about his preference for substituting his wide forwards due to the physical demands of the position. He hasn’t been able to do this in recent weeks due to injuries elsewhere.

In the long-term, Hurtig can expect an expanded role for the remainder of the season. Arsenal had been happy to let her find her feet slowly with cameo appearances. Once she is fit again, she will be needed on a more permanent basis. In the meantime, Jonas Eidevall has three options.

He can play Noelle Maritz at left-back- a position she is very accustomed to from her time at Wolfsburg- and push Katie McCabe back into a more advanced position. I happen to think this is the most likely solution until New Year or Hurtig’s return (whichever comes first). 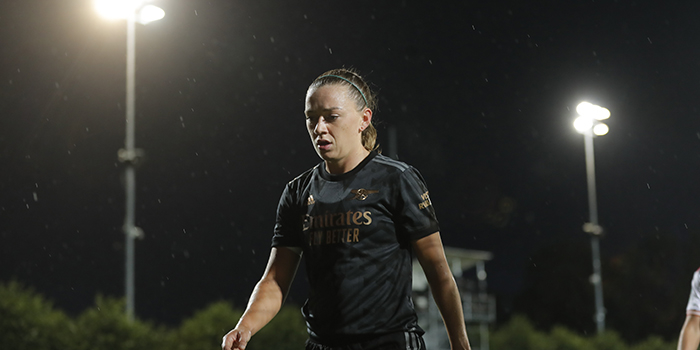 His second option is to play Mana Iwabuchi in one of the wide positions. She has played on the left under Jonas Eidevall. The Japanese international has been seriously out of favour this season and is often an unused sub. Eidevall likes his wide players to drive at full-backs and produce crosses and cutbacks. Mana is much more of an inverted playmaker option. I don’t think Eidevall will favour this option but there are no blue sky solutions available. 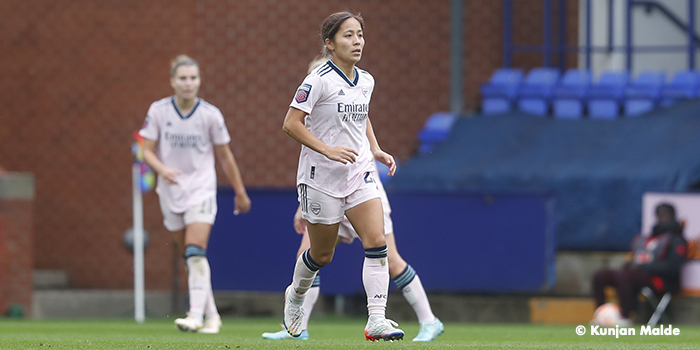 The third option is to start 17-year-old Michelle Agyemang, who has come on as a sub in Arsenal’s last two games. Agyemang is highly rated but still very young, however, she has been preferred from the bench ahead of Iwabuchi recently. 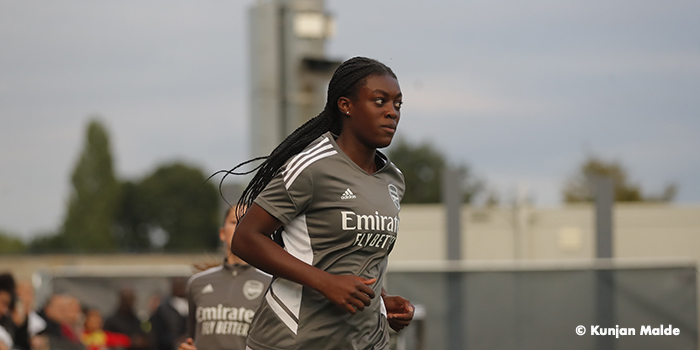 In the longer term, Arsenal will need to hit the January sales, something Jonas Eidevall said he was going to do even before Beth’s injury. When I asked him about Arsenal’s transfer business back in September, he told me, “If I am completely honest I would have liked one more.” I am led to believe that extra player would have been in attack.

Brazilian teenager Gio Queiroz was signed from Barcelona this summer and was immediately loaned to Everton so that she could get playing time. Gio has found minutes difficult to come by so far this season. She didn’t have much of a pre-season and has been working on fitness. 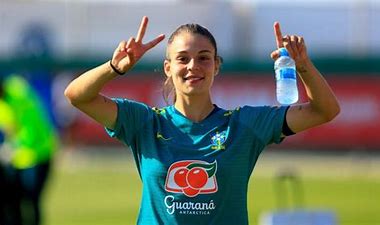 At this stage, she would probably get plenty of minutes for Arsenal. Were she an Arsenal player right this second, she would be closer to the Arsenal team than she is the Everton team at the moment. The club does have the option to recall her in January if they wish and I imagine that will come into their thinking.

Even if Arsenal signed another winger, I think Gio would have a place given that Katie McCabe is also in the left-back rotation. Last season, the squad had Mead, Foord, McCabe, Parris and Heath for those roles. There is a cruel irony that Nikita Parris left for Manchester United this summer in search of greater playing time. Had she stayed, she would now be looking at six months as the first-choice right winger. C’est la vie!

In the short-term, Eidevall is going to have to reach for some under deployed resources. Noelle Maritz has lost her place to Laura Wienroither at right-back but can be redeployed at left-back and Jonas is going to have to find more use for Mana Iwabuchi, even if she is not suited to Eidevall’s style she is a very gifted player and Arsenal can’t look these gift horses in the mouth.

There are only two WSL games- at home to Everton and away at Aston Villa- before January and the Gunners are currently in a strong position in their UWCL group. The Mead injury need not be a disaster but short and long-term solutions will be required.