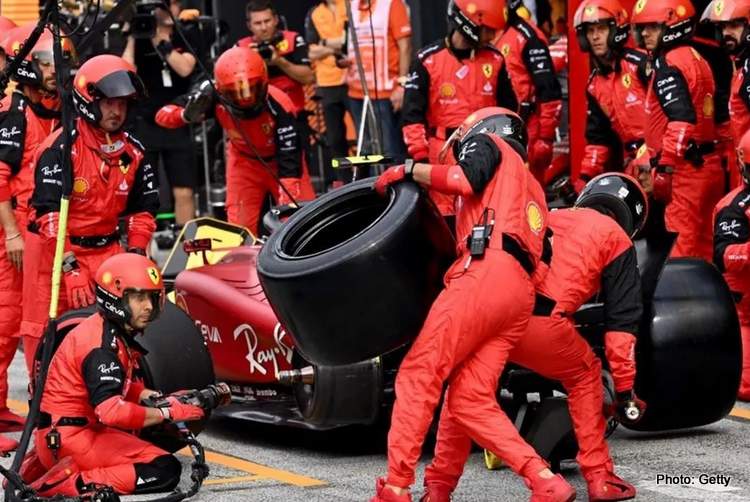 Carlos Sainz lamented a tough 2022 Dutch Grand Prix, claiming he was at the wrong place at the wrong time throughout the race that he finished eighth.

Pitlane problems added up to a Dutch Formula 1 Grand Prix to forget for Ferrari’s Carlos Sainz on Sunday.

The Spaniard’s first pitstop at Zandvoort lasted an age, more than 12 seconds without moving after mechanics had only three tyres ready, and the delay dropped him from third to sixth. Red Bull’s Sergio Perez then ran over a Ferrari wheel gun left lying by the car.

Sainz was then hit with a five second penalty for an unsafe release that meant he dropped from fifth at the chequered flag to eighth. Team mate Charles Leclerc was third.

“Everything that could happen, happened, and we were just in the wrong spot at the wrong time continuously and it was a very bad day,” Sainz told Sky Sports television.

Nico Rosberg, the 2016 World Champion and Sky pundit, said: “Even Formula Two teams or Formula Three teams do a better job at their strategy and pitstops than Ferrari.

“You’re in the pits and there’s no tyre there, in a normal race. They do need to make some fundamental changes in their personnel or how people are working there.”

Team boss Mattia Binotto, who replied by saying there would be no change of staff, agreed the first pitstop was a mess but said the mechanics were given the signal far too late.

Sainz felt the sanction for the second stop was unfair, saying he had to brake suddenly to avoid a McLaren mechanic, leading to a near collision with Fernando Alonso’s following Alpine.

“I thought I had saved someone’s life and not generated a dangerous situation,” he said.

The mistakes added to a list that have cost Ferrari plenty of points this season.

Binotto said he was more concerned about the lack of pace in the car, noting: “Now it’s three races in a row from Hungary and then Spa and then here that maybe we are not exploiting the full potential of the car.” (Reporting by Alan Baldwin)