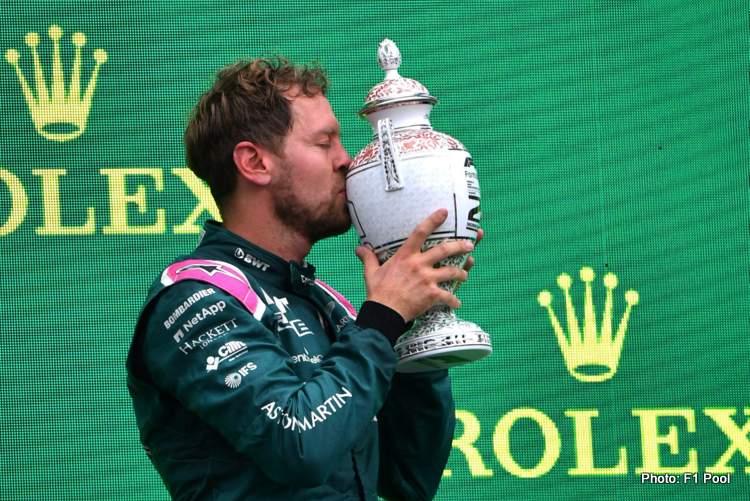 Four-times Formula 1 World Champion Sebastian Vettel’s future at the pinnacle of the sport will depend on whether his new 2022 Aston Martin AMR22 will make him a winner again.

Aston Martin finished seventh out of 10 teams last year, with Vettel scoring the team’s best result with a second-place finish in Azerbaijan.

However, the 2022 season featuring one of the sport’s biggest rule overhauls ever – with cars having revised aerodynamics and 18-inch wheels instead of the previous 13-inch versions – could upset the form book. Off to a go start is the fact that the AMr22 has been widely praised for its sleek looks and willonly get prettier the more it wins, indeed if it does.

“Ultimately, having had the path that I had so far, I’m mostly interested in winning and that will determine what the future brings.”

Vettel, who joined Silverstone-based Aston Martin from Ferrari in 2021, is out of contract at the end of the season.

Winner of four straight drivers’ titles with Red Bull between 2010-2013, the 34-year-old last tasted victory at the 2019 Singapore Grand Prix when he was still with Ferrari.

The win was the 53rd of the German’s career. Only Lewis Hamilton on 103 victories and boyhood hero Michael Schumacher with 91 wins have more.

Aston Martin owner Lawrence Stroll, the Canadian billionaire who bought the outfit out of administration in 2018 when it ran as Force India, has big ambitions for the squad.

He has hired top names from other teams and is building a new factory and wind tunnel. He also recruited Vettel to help build the team into a championship contender.

The upcoming season is only the second of a five-year timeline to championship success that Stroll senior has set out.

“Ideally accelerate it a little bit,” Vettel, who is teammate to the team owner’s son Lance, joked at the launch. “I think this year will be a true test for us and we will see how good we are. Last year we couldn’t show anything because we didn’t focus on bringing any updates.

“This year it’s all about this generation of cars and we will be able to show what we can produce and we should be measured based on that,” added Vettel who, in 279 Grand Prix starts, has 122 podiums to his name, 53 of those as a winner.  (Reporting by Abhishek Takle)