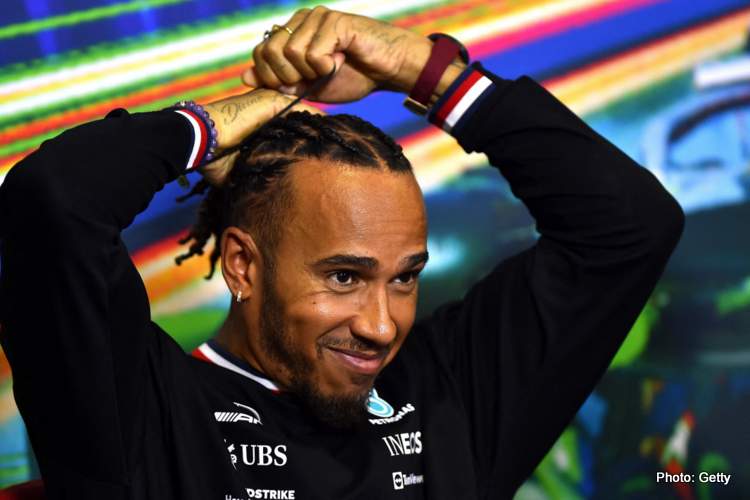 Seven times Formula 1 champion Lewis Hamilton joked after qualifying on Saturday that he might take his iPad into the cockpit with him at the Italian Grand Prix for entertainment if he gets stuck in a queue of slipstreaming cars.

The Mercedes driver, who will start 19th on Sunday due to engine penalties, told reporters: “I’m imagining tomorrow everyone’s going to be in a DRS (Drag Reduction System) train and it’s just going to be sitting there and just waiting for strategy and tyre degradation and those sorts.

“It’s a one-stop easy tomorrow, generally, and so strategy won’t do too much,” he added. “But I hope that there’s Safety Cars and all those sorts of things.

“I was thinking of just taking my iPad with me in the race and when I’m in the DRS line just watch the new Game of Thrones. It could be a frustrating day for us but I will try to keep positive and give it everything I’ve got,” added the Briton.

Hamilton has won five times at Monza but has yet to stand on top of the podium this season, his longest streak without a victory.

He had to take an engine change after damage to his car’s power unit in Belgium last month and with the team thinking ahead strategically.

The next race after Italy is in Singapore, a tight street circuit where overtaking is extremely difficult but where Mercedes hope to be competitive and may have a chance of winning. (Reporting by Alan Baldwin)