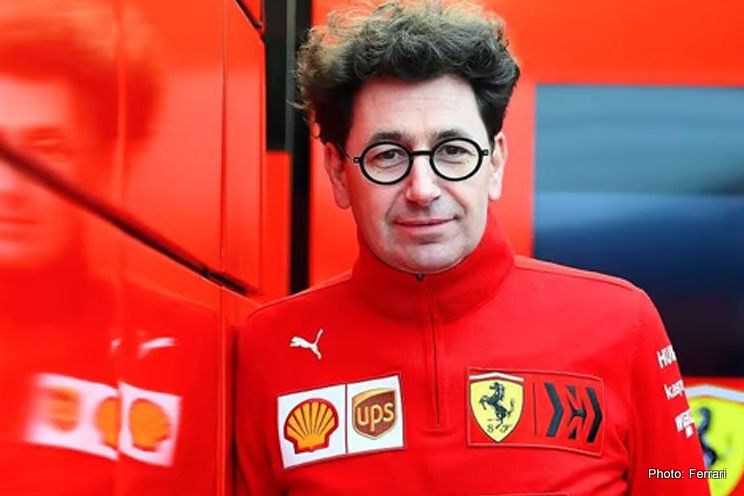 Ferrari have emerged as the team to beat in this year’s Formula 1 World Championship, with Charles Leclerc enjoying a healthy lead in the drivers’ standings after three rounds, humbling teammate Carlos Sainz so far, but boss Mattia Binotto insists there will be no team orders so early in proceedings.

Last season Sainz beat Leclerc in the standings, it was the Spaniard’s first year in Red, but this year Leclerc has raised his game and with a good car is proving to be just about unbeatable delivering two wins and a second place in the first three rounds, while Sainz chases.

Leclerc has 71 points at the top of the table while Sainz is third on 33, but Binotto insists there will be no team orders at this stage of the game: “It’s only three races which have been run now, There are still hopefully 19 or 20. So the championship is still very long.

“Our drivers are free to fight and I am really enjoying that they are battling for a good place, and first place, if possible,” added Binotto as teams set up camp at the fabled Autodromo Internazionale Enzo e Dino Ferrari aka Imola.

The race is on the doorstep of Maranello and is sure to be a hive of Tifosi activity as they descend on the town to witness their team winning again.

The Ferrari F1-75 has been the revelation of the season, strong everywhere and reliable, unlike their rivals Mercedes who have been strong nowhere while red Bull’s reliability has already cost defending World champion Max Verstappen two DNFs.

Binotto deserves credit for defying the critics and doubters (this site included) and proved them wrong as while they treaded water last year and even the year before perhaps, this year they have ‘owned’ the new rules in a similar manner Mercedes did almost a decade ago until last year.

Irvine: What he achieved is truly incredible 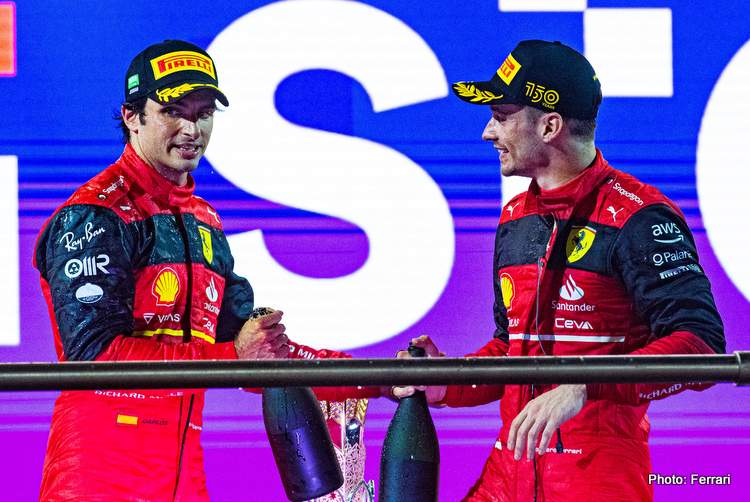 Binotto has received high praise from former Ferrari driver and teammate to the great Michael Schumacher, Eddie Irvine who even worked with the now team principal when he was in the trenches at Maranello’s during the Italian team’s golden era.

Recalling his time working with Binotto, Irvine told Gazzetta Motori: “He’s always very calm, never seems stressed. But even now it seems to me that he is calm, I don’t know how he does it …

“What he achieved is truly incredible. Working at Ferrari is not easy, and it was correct to keep faith in Mattia because it means that at Maranello they have understood that continuity is fundamental.

“We need to give people time: Jean Todt joined Ferrari in 1993 and took seven years to win the title, despite having the best driver In that team, in addition to Todt and Schumacher, there were Ross Brawn and Rory Byrne.

“Yet it took a lot of time to win. So what Mattia has achieved so far is unbelievable. I’m happy for him because from where he was (engineer of the test team) to become the boss of the Ferrari is an incredible step,” added Irvine.

Lausanne-born Binotto graduated with a mechanical engineering degree from the École Polytechnique Fédérale de Lausanne in 1994 and followed by a Masters in car engineering at the University of Modena and Reggio Emilia.

In 1995, he joined Ferrari in the engine department assigned to the test team and enjoyed the success of the early 2000s. In 2019, he was promoted to Ferrari team principal, replacing Maurizio Arrivabene at the time.

Back for round two of the C² Challenge 🥳