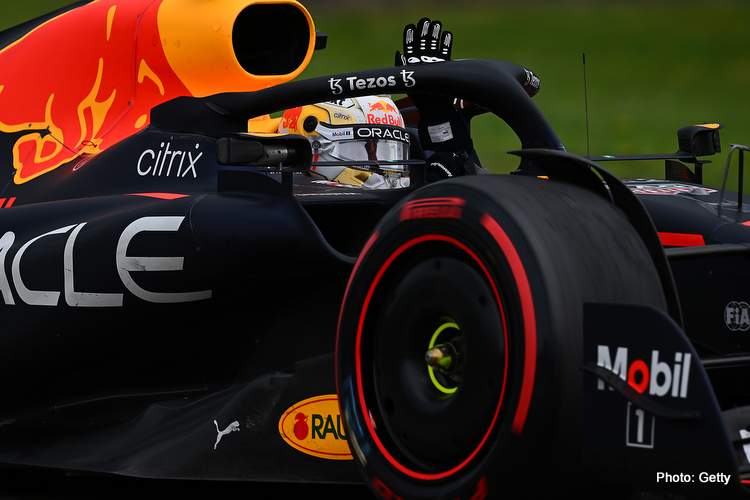 Reigning Formula 1 World Champion Max Verstappen feels the weekend of the 2022 Miami Grand Prix will be pretty crazy as the buildup for Sunday’s race intensifies.

As the hype surrounding the inaugural race in Miami increases day by day, Verstappen said in his team’s race preview: “I think this weekend is going to be pretty crazy!

“I’m looking forward to racing in Miami, I’ve driven the track on the simulator and we’ve practiced and prepared as much as we can without visiting the track in real life.

“I love racing in Austin, so it’s fun that we get to go to another state and race this year,” the Dutchman added. “It’s exciting to see Formula 1 getting much bigger in the US.”

F1 will have two races Stateside in 2022 in Miami and Texas, with Las Vegas making them three in 2023, as the passion for the pinnacle of motorsport grows in the States.

The new generation of F1 cars – that are able to race more closely – is playing a role is promoting the sport according to Verstappen.

“F1 and the teams are working hard to promote the sport in the US, and we’re having more and more races here, so step by step we are making it more popular,” he reflected.

“I also think it helps now the cars are finding it easier to follow and overtake each other and more teams are competing for wins,” the Red Bull ace added.

“I think that’s the most important thing for the fans. I hope that it’s going to be an exciting weekend, Miami is a really nice city and I think it’s a really interesting location to hold a Grand Prix.

“I think not only the drivers are excited, but the fans too,” the 2021 F1 Champion, who is sporting a special helmet design in Miami, revealed.

Miami vibes 😎 @Max33Verstappen has a shiny new lid for the first-ever #MiamiGP 😍 pic.twitter.com/93Sep1zOG7

Sergio Perez motivated as he fights for podiums and poles

Verstappen’s teammate Perez added in the team’s press release: “I am excited to be heading to Miami this week.

“It is great that the calendar is expanding more in America, which is a lot closer to home for me and one day I might end up living there!

“It is a great market for Formula 1 and I am sure there will be a lot of Latin Americans and Mexicans at the race, so hopefully I get a lot of support and it will be a very important race for the team both on and off the track,” the Mexican explained.

Perez hailed the job the team are doing over the race weekends, that are getting busier, saying: “These busier races are hard to manage, but the team do an incredible job at making sure Max and I can focus on our driving.

“I found the new circuit fun on the simulator,” Perez went on, “and it can potentially be a good place for racing with those very long straights. I think choosing the right downforce level will be the biggest challenge for all the teams.

“I am now fighting for poles and podiums every week, which is great motivation to keep pushing and keep focus. I just want more week after week, and I am looking forward to seeing what we can do in Miami,” the two-time grand prix winner said.

Verstappen: Not very representative of what we can do

Ferrari: We’re up front but it’s only Friday