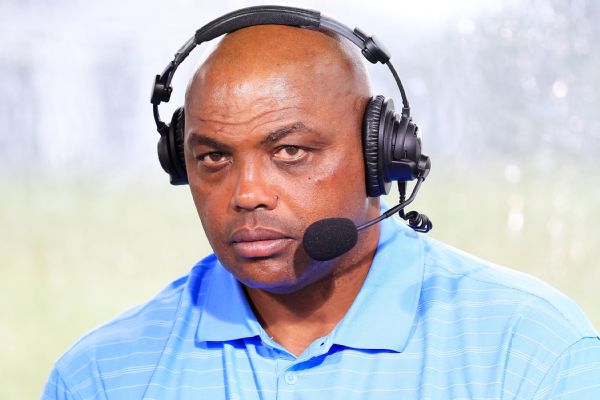 Charles Barkley has acknowledged meeting with LIV Golf CEO Greg Norman about a possible broadcasting role while pushing back at what he called “selective outrage” toward the Saudi-funded series.

Barkley could receive a LIV offer from Norman after they met in Atlanta on Wednesday, but the Basketball Hall of Famer told the New York Post that it would need to be highly lucrative for him to walk away from his reported eight-figure income as an NBA broadcaster for TNT and spokesperson for multiple companies.

“In a perfect scenario, I would love to do both [TNT and LIV],” Barkley told the Post on Thursday. “I don’t know how Turner’s sponsors are going to feel about it. I know there is going to be some blowback.”

Barkley said he has heard from multiple sponsors following reports of his meeting with Norman. LIV Golf has come under scrutiny for its ties to Saudi Arabia’s Public Investment Fund. The Saudi government has been accused of human rights abuses as well as the murder of Washington Post journalist Jamal Khashoggi.

“They checked in with me,” Barkley said. “What I told Subway, Capital One and Dick’s Sporting Goods, I said, ‘Wait a minute. I haven’t signed anything. I haven’t met with the guy. Let’s let this thing play out before you all call me all upset.'”

Barkley was also dismissive of the concept that LIV golfers were taking “blood money” from Saudi Arabia.

“I told [Norman], ‘Listen, they are making up words, like blood money and sportswashing.’ I said, ‘We have all taken blood money, and we all have sportswashed something, so I don’t like those words, to be honest with you.’

“If you are in pro sports, you are taking some type of money from not a great cause.”

Barkley told the Post that he will play in the pro-am at the next LIV Golf event, which is set for next week at Trump National Golf Club Bedminster in New Jersey.

He is the second person this week linked to a possible jump to LIV to serve as a broadcaster. The Post reported Monday that David Feherty is leaving NBC and is expected to join the breakaway tour as an analyst for eight to 10 tournaments annually.