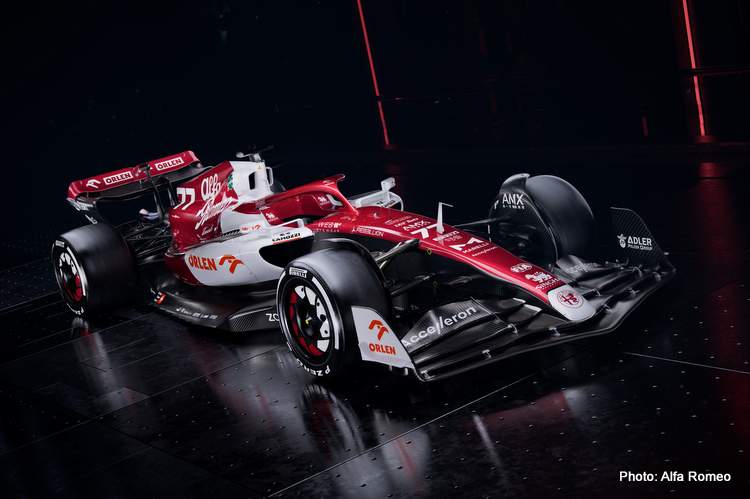 Valtteri Bottas said that Alfa Romeo had work to do after a troublesome three days of Formula 1 testing at Barcelona, but also believes the team’s package had potential.

Alfa Romeo officially revealed their 2022 F1 car, the C42, with its full livery on Sunday, after three troublesome days of pre-season testing around the Spanish venue, where the car had a one-off camouflaged paint job.

The team’s running was limited to only 175 laps only 15 more than what Haas could muster, and Valtteri Bottas, the team’s new driver can feel the repercussions as a result.

Speaking to the media at the C42 launch, Bottas said: “It feels like we are still in very early stages of actually discovering the car.

“For me, it was quite limited running that we had, only with two different tyre compounds, and only with very few set-up changes. So there’s still so much more to discover,” he explained.

“That’s why we are really aiming to work hard between the test and hopefully get a better understanding in Bahrain.

“There’s work to do,” the Finn admitted. “I’m not saying anything against that. But also I feel there is potential in this package.

“I’m looking forward to discovering more about it with the team,” the former Mercedes driver concluded.

Alfa Romeo was no exception to the other F1 teams who struggled with “porpoising”, but further suffered their own mechanical problems, that curtailed their running.

Alfa Romeo has a challenge to fix issues before Bahrain test

Team boss Frederic Vasseur was speaking to the media at the C42 launch, that was followed by a filming day at the Circuit de Barcelona Catalunya, and expressed his confidence that his team can respond to the problems that plagued them, ahead of the official pre-season test in Bahrain on March 10.

“It’s our challenge,” he said. “But I’m quite confident that we’ll be able to do it for next week.

“We have the filming day today, we’ll put the car back on-track today. But for Bahrain, I think we’ll be on the right way.

Regarding the “porpoising”, the Frenchman said: “We spoke about bouncing, but it’s always the case with the new regulations, you have new issues coming in.

“I think in two or three races, nobody will speak again about bouncing. We’ll have another issue or topic to discuss.

“But we have to fix it, and we saw on our side and the other teams, everybody made big improvements over the first three days and will come back next week, all the teams with a new configuration to fix it completely,” the Alfa Romeo boss concluded.