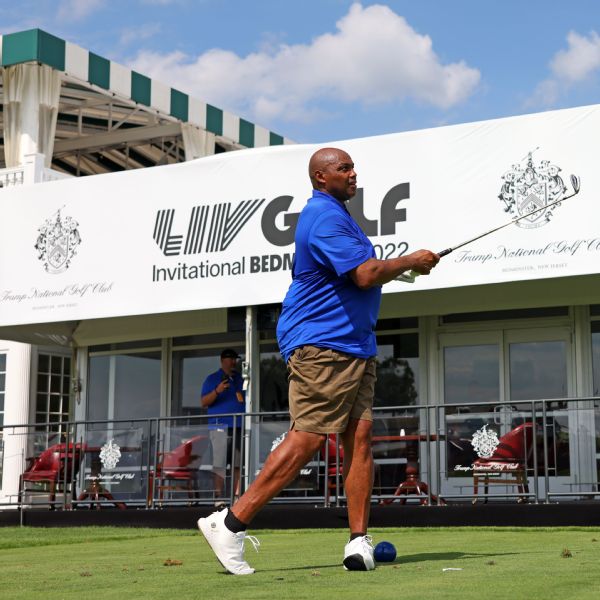 Charles Barkley says he’s sticking to the NBA, turning away from any further overtures to join LIV Golf as a broadcaster.

“I want to thank Greg Norman and LIV for their interest in me,” Barkley told the New York Post. “I wish those guys great success and nothing but the best. But, in my best interest, and being fair to Turner — because Turner and basketball have given me every single thing in my life — It is best for me to move on and I’m staying with Turner for the rest of my TV career.”

Barkley told ESPN on Thursday he had not received a formal offer from LIV, but had spoken with Norman, the golf series’ CEO.

“I met with Greg and I told him yes. I’m in a win-win situation,” Barkley said Thursday. “If they offer me something good, that’s great. If they don’t, I’ve got a great job at TNT.”

A Hall of Fame basketball player, Barkley is an avid golfer, though more well known for an unusual hitch in his swing than any success on the course. Any inclination he had to join LIV was complicated by the golf series’ financial support from Saudi Arabia’s public investment fund.

“Everybody’s making up words, like, sportswashing and dirty money. I’m like, listen, if you play sports, we all take money from some sources you might not love or appreciate,” Barkley said Thursday. “I don’t want to be a hypocrite. These guys [LIV golfers] are trying to make a living. I wish them nothing but the best. Same thing with my friends on the PGA Tour. But everybody is just kinda like trying to play the moral card.

“For some reason, everyone wants to place selective outrage,” Barkley said. “I’m never going to let that happen on my watch.”

LIV Golf on Wednesday announced plans to expand in 2023 to 14 events, with 48 golfers competing for an unprecedented $405 million in purses. LIV Golf also will stage additional tournaments in 2023 through its LIV Golf International Series, which was launched this year through a $300 million investment in the Asian Tour.

Information from ESPN’s John Barr was used in this report.