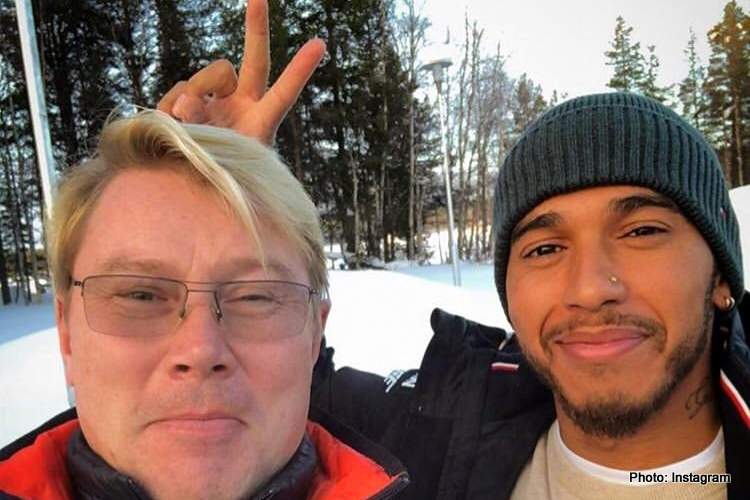 Like much of the Formula 1 world, Mika Hakkinen is wondering aloud if Lewis Hamilton will be back at Mercedes this season, while predicting that if he does return, he will face interesting challenges.

Speculation mounts as Hamilton’s self-imposed silence continues since the Abu Dhabi Grand Prix finale in December, with double F1 World Champion Mika Hakkinen the latest to be canvassed for his opinion.

“Lewis’ journey in F1 has been really long and there are so many elements which will come into his opinion as to whether to continue,” Hakkinen told PA Media.

“Lewis has the confidence. He has been winning, he has been on the top of the podium, and everybody has been looking at him like: Wow, you are great. He is thinking that it must continue this way, so this is going to be a very interesting year for him.

Hakkinen: We don’t know whether he is coming back, but let’s hope he is

“The regulations in F1 have dramatically changed. It is going to be a completely new machine and the chances are that the designers might not find an optimum machine. If that happens to Lewis it is going to be really hard for him to accept.

“If you have been at the top of the mountain and suddenly you have to climb back up the mountain because you don’t have the best car, it is going to be emotional for him to control.

“There are a lot of question marks surrounding Lewis. We don’t know whether he is coming back, but let’s hope he is,” added Hakkinen, who won consecutive titles with McLaren in 1998 and 1999.

The smart money is on a fully fit and raring-to-go Hamilton returning in time for testing in Barcelona, having used the social media “quiet time” to gear up for a year in which he welcomes fellow Briton George Russell to the team, and one in which he is also sure to be intent on righting the wrongs of Abu Dhabi and claim an unprecedented eighth Title.