Beijing’s first reported case of the Omicron variant has prompted heightened COVID-19 measures, including locking workers inside an office tower, as the city rushes to contain the virus ahead of the Winter Olympics.

According to CNN, the workers inside a building in the city’s west end were not given any warning they would be put into lockdown at their workplace after a female employee inside tested positive for the variant during mandatory testing Saturday.

The woman who tested positive for Omicron was the city’s first recorded case of the highly transmissible variant.

COVID control workers delivered pillows and bedding to the building, while security guards kept watch over the entrances.

After the woman’s case was confirmed, the city imposed a snap lockdown and put widespread contact tracing and testing into effect. Many schools in the city moved to online learning. The city has closed several tourist areas and temples. The woman’s entire community — located about 15 minutes from her office building — has also been sealed off, and no one is permitted to enter or leave the area.

China has largely avoided major virus outbreaks with a regimen of lockdowns, mass testing and travel restrictions, although it continues to fight surges in several cities, including the port of Tianjin, about an hour from Beijing.

COVID tests and police escorts: What it’s like in Beijing Olympics’ ‘closed loop’

The Olympics organizing committee announced Monday that very few people will be permitted as spectators. The criteria is even more strict than what was imposed during last year’s Summer Olympics in Tokyo.

In its statement, the organizing committee said its measures were intended to “create a pleasant environment for the holding of the Games.”

“Given the difficult and complicated work of controlling the epidemic, and to protect the health and safety of those involved with the Games, the original plan of offering tickets to the general public has been altered toward spectators from selected groups,” the statement said.

As of Monday, the city has yet to detect any other cases of the Omicron variant.

The Olympics, to be held in the Chinese capital and neighbouring Hebei province, will take place in a “closed loop” that will keep athletes and other Games personnel separated from the general Chinese public. Most participants will arrive on special charter planes.

Organizers have said they expect COVID-19 cases in the bubble, but added last week that they don’t plan any changes to their protocols unless there are many cases inside the loop. They declined to say whether or how many COVID-19 cases had been found among personnel who have arrived thus far ahead of the Games, which start on Feb. 4.

— With files from The Associated Press and Reuters 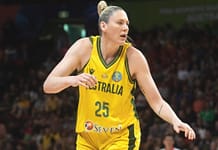