TORONTO – Nick Nurse is prepared for a “slug fest.”

Three years after the Toronto Raptors played Philadelphia in an Eastern Conference semifinals that came down to the last thrilling shot, the Raptors coach is expecting another fiercely fought series against the 76ers.

His message to his young team: If you get knocked down, better be back on your feet quick.

“It’s going to be some wild swings and be ready to accept ’em the way the way they are and get back to work,” Nurse said after Wednesday’s practice at OVO Athletic Centre.

The fifth-seeded Raptors tip off against No. 4 Philly in Game 1 on Saturday at Wells Fargo Arena. Game 2 is Monday in Philadelphia before the series heads home to Scotiabank Arena for Games 3 and 4, the first playoff basketball in Toronto since Game 5 of the 2019 NBA Finals.

The Raptors have faced Philly twice before in the post-season. They lost in seven games in the second round in 2001 when Vince Carter’s shot at the buzzer clanged off the rim. And in 2019, Kawhi Leonard’s famous four-bounce buzzer-beater put Toronto into the conference final.

While only four Raptors remain from that championship roster, Nurse said the team has gone over film of that series, and there were some valuable lessons to be learned about the unpredictability of playoff basketball.

“It was a wild series,” Nurse said. “I think that both teams were pronounced dead about three times in the series. There were so many close games and so many blowouts in the same series. And I guess that was kind of my point: get ready, man.”


The Raptors won their season series 3-1 against Philly, including a 119-114 win in Toronto last week.

With the NBA play-in tournament affording the Raptors a rare week off between games, Pascal Siakam said he’s excited to get going Saturday.

“It feels like a new season,” said Siakam, who averaged 27.4 points, 9.3 rebounds and 6.4 assists over his last 10 games. “Obviously it’s the playoffs so a little more intensity, a little more attention to details. And yeah, whatever you did in the regular season doesn’t really matter. It’s a new season so you got to attack it as it is and the intensity doubles.”

Siakam heads into the post-season on a roll, having averaged 27.4 points, 9.3 rebounds and 6.4 assists over his last 10 games.

The Raptors won 14 of their last 18 regular-season games, the best record in the NBA during that stretch. Still, they seem pegged as underdogs.

NBA Hall of Famer Shaquille O’Neal predicted the Raptors will get swept, saying on NBA on TNT: “Write it down.”

Siakam said he’s never evaluated the Raptors’ potential based on outside opinions.

“Playoffs are zero-zero,” he said. “Throw up the ball, and let’s go hoop.”

Siakam will battle fellow Cameroonian Joel Embiid for much of the series, although the Raptors will surely throw their kitchen sink of a defence at the seven-foot-one big man once again. Nurse pointed out that after much trial and error during the 2019 series, it was a lineup he’d never used before that finally proved most effective against Embiid.

Embiid told ESPN last season that the Raptors can shut him down unlike any other team.

“Toronto is the only team that really just doesn’t allow me to have the ball in my hands,” Embiid said. “Every single time we play them as soon as the ball is in the air, they have three guys on me and won’t leave me alone.”

While the Raptors don’t have anyone on the roster that can match the 280-pound Embiid in size, Precious Achiuwa said they have speed and length.

“We beat him to his spots, (when he goes to) his spin move and counter move someone is right there, (we throw) a lot of bodies at him, show different coverages, and make him work throughout the game,” he said.

While Toronto’s roster is long on youthful energy this season, it’s short on playoff experience outside Siakam, Fred VanVleet and OG Anunoby.

Thaddeus Young has 51 games under his belt for Philadelphia, Brooklyn and Indiana.

“It’s a completely different game,” Young said. “My advice to (his young teammates) is just, through all the madness and crazy stuff going on throughout the course of the game, all the adversity that you’re going to fight, just stay level-headed and stay poised, never get too high or too low, always try to be at even keel.”

The Raptors haven’t lost in the opening round since they were swept by Washington in four games in 2015.

Scotiabank Arena is reopening its Jurassic Park outdoor viewing area in time for Saturday’s Game 1 in Philadelphia. Fans wishing to attend will need free passes on their cellphones available at Scotiabank Arena’s website.

This report by The Canadian Press was first published April 13, 2022. 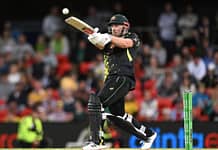