James Hird has confirmed his strong interest in making a sensational return to Essendon as senior coach.

The Bombers legend was interviewed by his old club’s coaching selection subcommittee last week, following weeks of speculation that he would put his hat in the ring.

WATCH THE VIDEO ABOVE: Bombers close in on coaching decision.

Reports suggest Melbourne assistant Adem Yze is in the box seat for the job, having been through a second round of the interview process, while Hird has only been spoken to once, but remains in the running along with St Kilda assistant Brendon Lade, Essendon assistant Daniel Giansiracusa and GWS assistant Dean Solomon.

Speaking publicly for the first time about his intentions to coach his old side, Hird said redemption and closure from the infamous supplements scandal are among reasons he wants to return as Essendon’s AFL coach.

“I would love to get the job,” Hird told a Melbourne luncheon on Thursday.

“I have spent a lot of the last 12 months working in football and basically dedicating myself back to the game, back coaching, back watching the job, back training, spending time overseas with some of the greatest coaches in the world.

“So if I get the opportunity, it would be amazing.”

Hird also said atoning for the wrongs of his past at the club during the supplements saga.

“Redemption is a big thing,” he said.

“But for me, I just love the Essendon Football Club, it has been part of my life forever and I think I can make it better.”

Hird coached Essendon from 2011-13 until being suspended for a year, a sanction among penalties delivered to the Bombers for the club’s use of banned supplements.

A final decision is expected next week.

“Maybe it was closure. But if I do get the job or I don’t get the job, then that’s a full stop on a saga that has been pretty ordinary for all of us.”

Speaking on a panel alongside Billy Brownless and Wayne Carey, Hird explained why he wanted to put his hat in the ring, despite the turmoil he has been through as a coach.

“Because I actually really like coaching and I think I’m actually not bad at it. I know that’s egotistical to say that,” Hird said.

“The Essendon Football Club to me, I grew up with it, my grandfather, my father, it was part of who I was and I’ve left it in a place that is unfinished and I genuinely think I can make it better.

Hird spent the last half of this season as an assistant coach at GWS under the Giants’ interim coach Mark McVeigh, who replaced Leon Cameron when he stood down from the role.

Watch: High heels no problem as Delta hits Gill with ripping pass at the ‘G 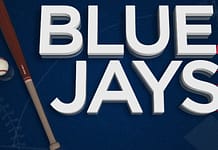