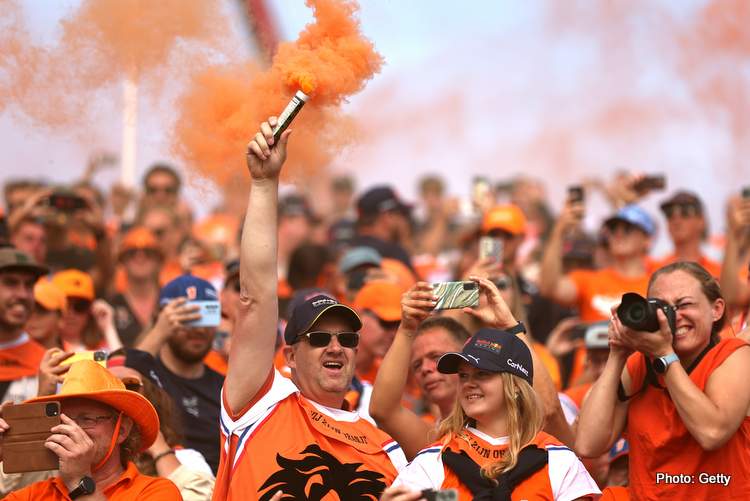 Organizers of the Dutch Formula 1 Grand Prix on Friday said reigning World Champion Max Verstappen would get a massive welcome home party and they were not expecting the misbehaviour from fans that marred some races earlier in the season.

The picturesque seaside circuit of Zandvoort, 25 kilometres (15 miles) west of Amsterdam, turned orange hours before the first practice for this weekend’s Grand Prix, as over 100,000 Dutch fans gathered to cheer on their local hero.

Zandvoort made a return to F1 after a 36-year absence last year, when Max Verstappen’s victory on a sunny weekend was celebrated amid a frenzy of orange flags and flares.

That win put him in pole position for his and the Netherlands’ first World Championship, however the image of the ‘Orange Army’ was tainted at the Austrian and Hungarian Grands Prix in July.

The Dutch Grand Prix is a family event

Reports of sexist, racist and homophobic abuse by Dutch fans in Austria led Formula 1 to launch a ‘Drive It Out’ initiative to tackle such misbehaviour, while Verstappen slammed some of his fans for burning Lewis Hamilton-branded merchandise in Hungary.

Yet Dutch GP spokesman Simon Keijzer told Reuters these incidents had not led to any changes being made for Zandvoort: “We didn’t see any of this kind of behaviour last year. This really is a family event.

“I can’t speculate on what happened in Austria of course, but here we see many people bringing their kids. The composition of groups that travel further for races might be different,” he added.

Keijzer said an emergency telephone number that people could use to report unsafe situations would be advertised widely in all areas surrounding the track.

“We also had that number last year, but that yielded nothing similar to what we heard from Austria,” he said. “Also in Belgium last week no misbehaviour was reported.” (Reporting by Bart Meijer)