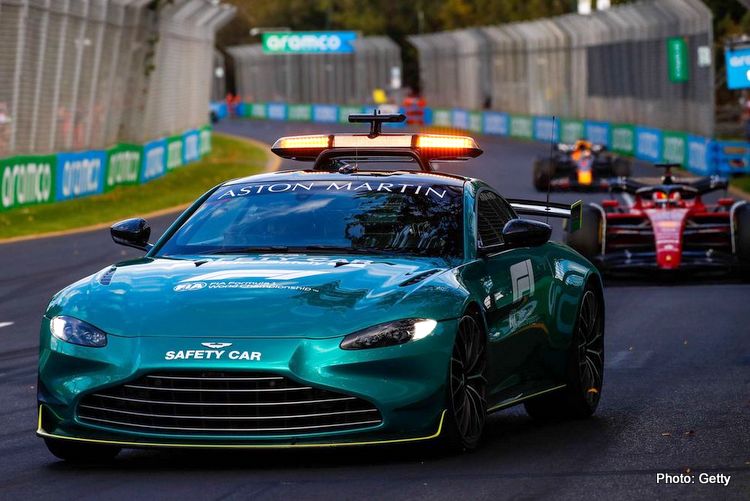 The FIA said in a statement on Thursday that the priority was not pleasing the drivers but ensuring safety on the track.

“The FIA would like to reiterate that the primary function of the safety car is, of course, not outright speed, but the safety of the drivers, marshals and officials,” the statement said.

“The impact of the speed of the safety car on the performance of the cars following is a secondary consideration, as the impact is equal amongst all competitors.”

F1 safety car duties are shared by Mercedes and Aston Martin cars this season, and the Mercedes safety car is around five seconds per lap quicker.

Verstappen: The SC was driving so slowly it was like a turtle

The Aston Martin car was twice deployed during the race at Albert Park, and reigning F1 World Champion Max Verstappen explained: “It’s just that there’s so little grip because the safety car was driving so slowly it was like a turtle. Unbelievable.

“With that car, to drive 140km/h on the back straight where that was not a damaged car anymore, I don’t understand why we have to drive so slowly,” insisted the Red Bull driver.

Drivers could not get enough heat into their tires as they drove behind it at lower speeds than they would have liked, including Ferrari driver Charles Leclerc: “I was struggling massively to put some temperature in them, so I also struggled.

“To be honest, I wanted to complain, but then I checked how much the safety car was sliding in the corner and I don’t think there was anything more that he could give,” added the Australian Grand Prix winner.