Juventus captain Giorgio Chiellini has bade goodbye to the Turin club’s fans during a 2-2 draw with Lazio in Serie A on Monday.

After 17 seasons at Juventus Chiellini is leaving — potentially to play in MLS in the United States — and this was the Bianconeri’s final home match of the campaign.

When Chiellini came off in the 17th minute, he took off his armband and placed it on Paulo Dybala — another player likely to depart — then blew kisses to the crowd and hugged his teammates, and even one Lazio player, before being replaced by Matthijs de Ligt.

Chiellini then went along the stands to shake hands with fans.

In the match action Sergej Milinkovic-Savic scored in the final second for Lazio to secure a Europa League spot for the Roman club.

Alvaro Morata set up one goal for Dusan Vlahovic then scored himself before Lazio pulled one back after the break with an own goal from Alex Sandro.

The 22-year-old Vlahovic, who joined from Fiorentina in January, has 51 goals in Serie A — matching Dejan Stankovic for the most ever by a Serbian player.

Dybala was also given a warm reception when he was subbed late in the second half.

Fifth-placed Lazio clinched a top-six finish with one match remaining.

Fiorentina’s chances of securing a Europa League place were dented by a 4-1 defeat to Sampdoria in Genoa. Alex Ferrari, Fabio Quagliarella, Morten Thorsby and Abdelhamid Sabiri scored for Sampdoria.

La Viola remain seventh, in the Europa Conference spot, with their final match at home on Saturday to Juventus, who are already confirmed in fourth. Sampdoria, whose safety was secured without playing on Sunday, moved up to 15th. 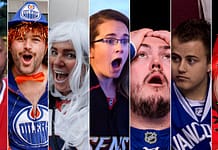