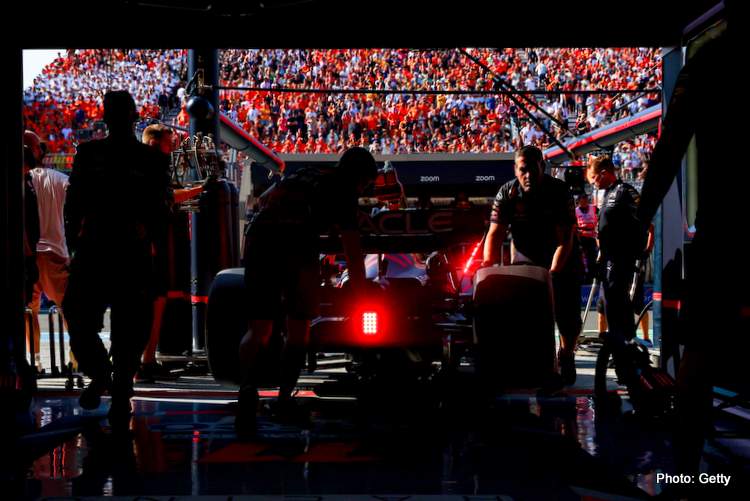 Red Bull team boss Christian Horner was gushing with praise for Max Verstappen after the Formula 1 World Champion powered to pole position for his home Dutch Grand Prix and denied Ferrari a front row lockout by the narrowest of margins.

A mere 0.021s was the sliver of time between pole and second-placed Ferrari driver Charles Leclerc, with Carlos Sainz o.078s shy of his teammate. Verstappen stumped them both with a Goliath lap, with some cany tyre saving in the process.

Summing up qualifying, Horner said in Red Bull’s Saturday report: “When you watch elite sportsmen at the top of their game they can really turn it on under pressure and Max did just that.

“He’s gaining more experience. He is continuing to mature and develop, and he has proved throughout the year that he can deliver an outstanding performance.

“Charles put down a hell of a marker and there was a lot of pressure on Max to turn in a perfect lap and he did it. It was a tiny margin but a vital one for tomorrow’s race. But, as I have said before, it’s all about teamwork.

“There is a lot of hard work that goes on behind the scenes, crunching the numbers and working on the simulator late into the night back at home in Milton Keynes.”

In contrast to Verstappen, Perez in the sister car struggled all weekend thus far 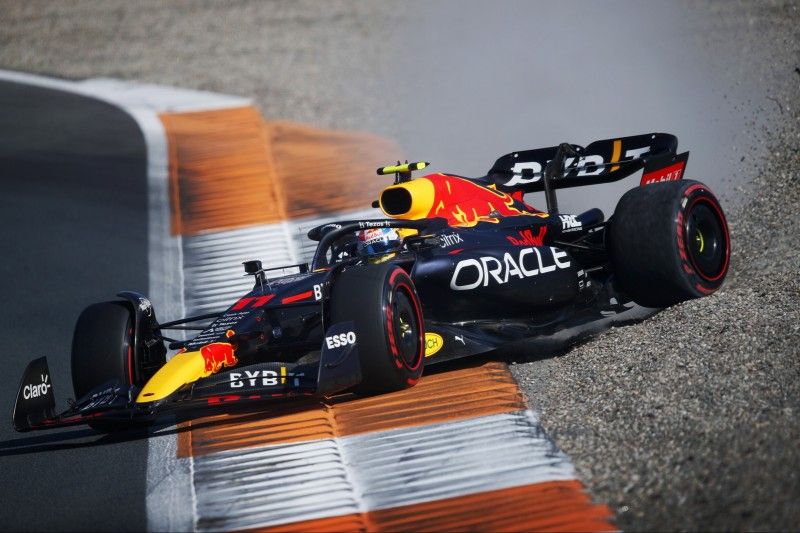 In qualifying, when it mattered at the tail end of Q3, Sergio Perez spun his Red Bull car through the final corner and did not do a final flyer, and denied drivers behind him from a last shot too; nevertheless, the Mexican was good for fifth.

But Horner sympathised with the veteran: “It is a shame for Checo not to be able to finish that final lap. He was up there as well and he would probably have been on the second row but he is P5 and will be able to fight hard from there against Charles and Carlos.

“Mercedes will also be competitive in the race, they have nothing to lose, they will push hard and it all sets up for a very exciting contest.

“He had a difficult day yesterday, we were on the back foot yesterday so it was important to recover. What impressed me so much with that qualy was his lap on the scrubbed tyres in Q2. That saved him a set of tyres for [the race],” revealed Horner.

Verstappen will be looking to emulate what he did last year at Zandvoort, win the race from pole; with two astounding wins before and after the summer break, it is hard to see him lose this one unless of course reliability and a dose of bad luck stikes the Dutchman.

Other than that, it will be hard to stop Verstappen on Sunday as looks to blow the roof of the seaside town, which has been painted orange all week in anticipation of their World Champion delivering. Part 1 Qualifying: Mission accomplished with his 17th F1 career pole.