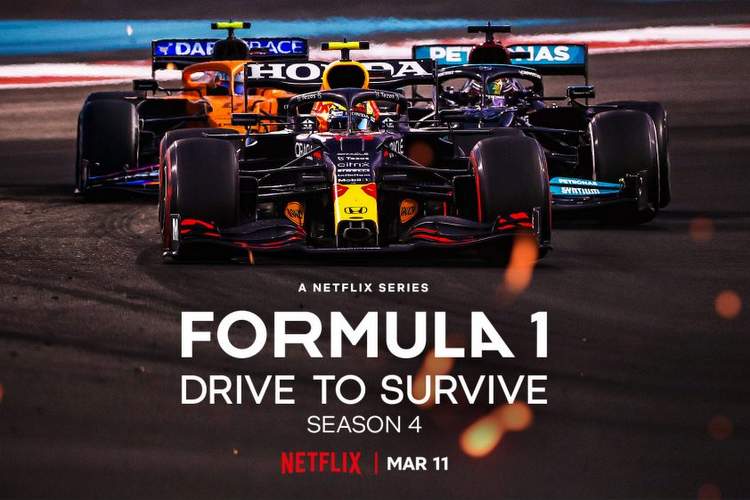 The popular series has helped F1 boom in popularity, particularly in the USA where a new genre of fans are tuning into the dramatization of world championship seasons. 2021 was an epic, one of the great years of the sport despite the unhappy ending for Lewis Hamilton and, paradoxically, a deservving Max Verstappen crowned 2021 Champion.

This years episodes are sure to carry the battle between Max and Lewis with all the drama that included comings together at Silverstone and Monza, plus the contentious finale in Abu Dhabi.

Other than the ‘main show’ there is the Ferrari McLaren battle and no doubt a myriad of sideshows sure to keep fans enthralled.

Netflix promises in the intro: “Offering unprecedented access, Season 4 will once again take fans behind the scenes, to witness first-hand how the drivers and teams prepare to battle it out for victory in one of the sport’s most dramatic seasons to date.”

Albon back for Singapore, De Vries on standby