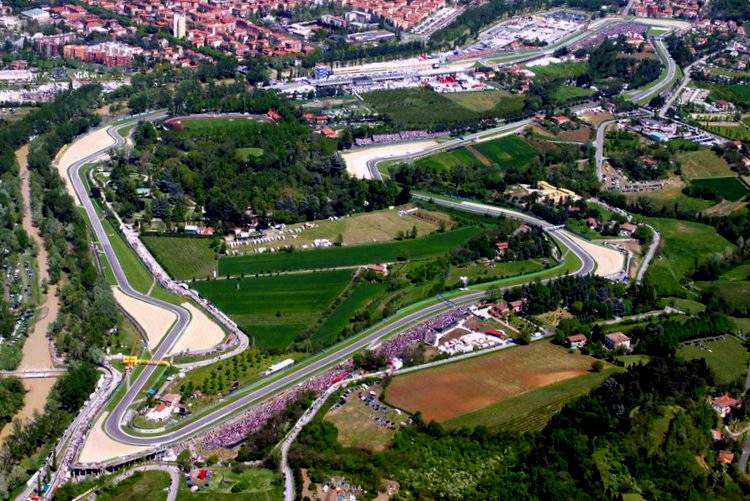 Today it was confirmed that Imola will remain on the Formula 1 World Championship calendar until 2025, making it two Grand Pris races in Italy until then and perhaps beyond.

Last year’s race – at the venue on the doorstep of Ferrari’s hallowed headquarters close to Maranello – was won by Max Verstappen in what we described at the time as a dramatic and at times chaotic two-part 2021 Emilia Romagna Grand Prix.

The Formula 1 Rolex Grand Prix Made in Italy Emilia-Romagna, at the Enzo e Dino Ferrari International Circuit in Imola, will remain part of the Formula 1 calendar until 2025.

This follows two successful Grands Prix in Imola during the pandemic and the inclusion of the race in the 2022 championship.

The circuit returned as a Formula 1 venue for the Emilia Romagna Grand Prix in 2020 [during the breakout of COVID-19.]

Domenicali: It is a proud moment for our Italian fans to host two races

President and CEO of Formula 1, Stefano Domenicali said: “I am delighted that we will be continuing our excellent partnership with Imola for the Emilia Romagna Grand Prix until 2025.

“The circuit is iconic and has been part of the history of our sport and they have done an incredible job of hosting two races during the pandemic. It is a proud moment for our Italian fans to host two races and for all our fans around the world to see this fantastic circuit on the calendar for the future.

“I want to thank everyone involved in making this happen and the work of the Emilia-Romagna Region, in particular the President of the Automobile Club of Italy, Angelo Sticchi Damiani, President of Emilia-Romagna, Stefano Bonaccini, the Ministry of Economy and Finance, the Ministry for Foreign Affairs and the City of Imola. We are all looking forward to being back in Imola in April to thrill our fans.”

President of the Automobile Club of Italy, Angelo Sticchi Damiani, added: “Today’s agreement ratifies the presence of the Formula 1 Rolex Grand Prix of Made in Italy and Emilia Romagna at the Enzo and Dino Ferrari Circuit in Imola until 2025.

“Imola, its great history and the strong tie of its territory to the world of engines deserved this recognition. This is not only a great success for sport in Italy but also a great enrichment for the top international motorsport series that has confirmed in its calendar for several years one of the most difficult races, but also the greatest, and the one that’s mostly loved by both drivers and teams.

“Of course, the long negotiations carried out by the Automobile Club of Italy managed to achieve the desired goal thanks to the important support received from various local authorities. Among all, I would like to underline the enthusiastic work of the Emilia Romagna Region and its President Stefano Bonaccini.”

President of Emilia Romagna, Stefano Bonaccini, said: “It’s an extraordinary result for the Emilia-Romagna region and for the Motor Valley.

“The confirmation that the Made in Italy and Emilia-Romagna Formula 1 Grand Prix that will be held at the Enzo and Dino Ferrari Autodrome in Imola until 2025 is a reward to an important team effort that involved the Ministry of Economy and Finance, the Ministry of Foreign Affairs, Ice (i.d. the Italian Trade Agency), the City of Imola, ACI, CON.AMI and Formula 1, of course.

“After two successfully organized editions, a unique event of great international appeal and absolute prestige was confirmed in the long run along the Via Emilia despite the limitations imposed by the pandemic and while preparations are already underway for the 2022 edition.

“The event will allow us to turn the spotlight on both a region which is home to great champions and world-famous motorsport brands and Italy, a country rich in unique, internationally renowned excellence in all fields, starting from the automotive industry.

“For us, this is a great source of pride and a precious opportunity to discuss values, knowledge and professionalism that translate first and foremost into work, innovation and the ability to do business together and with great passion.”

Perez: Chance to attack Charles and go for the win