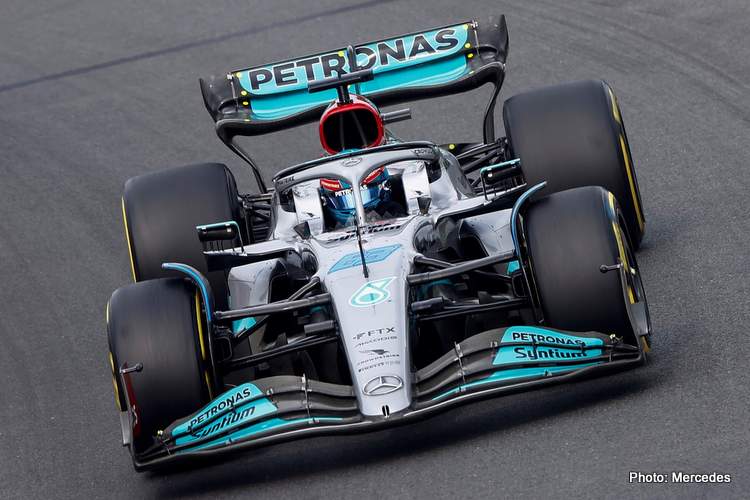 George Russell defended Mercedes’ decision during the Safety Car period towards the end of the 2022 Dutch Grand Prix, insisting the call was not easy to make.

Russell’s statement comes more naturally, as the his team made the right choice for him putting him on Soft tyres – at his request – for the final stint after the safety car.

His teammate Lewis Hamilton was kept out to maintain track position, but lacked grip on his Medium tyres, and was soon overhauled by Max Verstappen, his teammate Russell, as well as Charles Leclerc, all on Soft tyres, meaning the seven-time Formula 1 World Champion finished fourth.

Russell went on to finish the race second, and was buzzing after the race with the result and the atmosphere he flet at Zandvoort.

Speaking in Mercedes’ post race report, Russell said: “It’s been an incredible reception here, a really special feeling for all of us drivers to come racing in Zandvoort and in Holland.

“As a team we showed incredible pace today, I know the team result wasn’t quite what we hoped for, but this gives us a lot of confidence and a lot of faith going forwards,” he added. “It’s incredible to see three different teams on the podium and we as Mercedes are slowly getting closer to that top step, so let’s keep on pushing.”

Mercedes are here to win

Reflecting on Mercedes’ late-race decisions, the Briton said: “Not an easy decision for the team to make with the final safety car – when you’re in front with track position, you’ve got a shot to go for the win which is what we did.

“But this is what we as Mercedes are here to do, we’re here to win. And the 2000 people back in the UK, at Brackley and Brixworth, are all working to get us that win, so today we took a decision to give us the best chance of that,” he insisted.

Russell believes their race was lost in qualifying. Looking back he said: “Our qualifying performance yesterday probably cost us most this weekend because if we were on the second row, I think we’d have been fighting even more for the win.

“But from race one in Bahrain, being a second off, to this weekend and having the fastest race car is incredibly impressive and everyone in the team should be very proud,” the 24-year old concluded.