The first members of Canada’s bobsleigh team will get their crack at competition during Day 9 of the Beijing Olympics, with more curling and hockey action to come.

Here’s when you can see Canada compete (all times Eastern).

Events with multiple matches are marked with the start time of the earliest match. Medal events are marked in bold.

This post will be continuously updated as more events are confirmed.

While you were sleeping: How Canada performed at the Beijing Olympics Friday, Saturday

The men’s team takes on the United States in their next round robin session at 8:05 p.m. ET Saturday.

Then at 1:05 a.m. ET Sunday, the women’s round robin continues when Canada faces Switzerland.

Both teams are coming off losses against Sweden on Saturday.

Bobsleigh competition officially gets underway in Beijing, starting with the first two heats of the women’s monobob at 8:30 p.m. ET Saturday.

Cynthia Appiah and Christine de Bruin will each race for Canada.

The athletes are looking to score a fast enough time across three heats to qualify for the fourth and final heat on Sunday.

Erik Read and Trevor Philp will race for a spot on the medal podium in the men’s giant slalom starting at 9:15 p.m. ET Saturday, with the final run at 12:45 a.m. ET Sunday.

The combined times from two runs down the course will determine the final rankings.

Thenault is coming off a bronze medal win in mixed team aerials on Thursday.

Teams of four will race for gold in the men’s 4×10-kilometre relay starting at 2 a.m. ET Sunday.

Emma Lunder will race for gold in the women’s 10-kilometre pursuit final at 4 a.m. ET Sunday.

Steven Dubois and Jordan Pierre-Gilles will both race in the fourth heat of the men’s 500-metre quarterfinals, which start at 6 a.m. ET Sunday. The top two skaters in each heat will move on to the semifinals with hopes of reaching the medal final at 7:14 a.m. ET.

Dubois won his qualifying heat on Friday, while Pierre-Gilles placed second in his own qualifying run.

The Canadian team won their heat in the semifinals on Wednesday.

The four fastest teams will advance to the semifinals on Tuesday.

At 8:56 a.m. ET, Marsha Hudey, Brooklyn McDougal and Heather McLean will race for gold in the women’s 500-metres.

The men’s team faces China in the next round of preliminary play at 8:10 a.m. ET Sunday.

The squad fell to the United States 4-2 on Saturday but won their opening match against Germany last week.

4:26
Recap of the biggest Olympic moments from Team Canada

Recap of the biggest Olympic moments from Team Canada 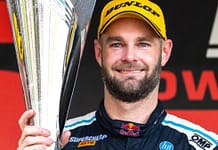